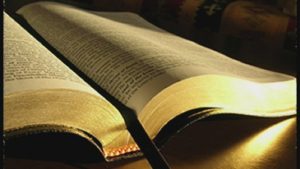 Governor Bill Haslam vetoed the bill that would make the Holy Bible the state book of Tennessee.

In a letter to House Speaker Beth Harwell, the governor cites the Attorney General’s opinion given last year that says it would violate the First Amendment of the Tennessee Constitution, which states “no preference shall be given, by law, to any religious establishment or mode of worship.”

The governor goes on to say his “personal feeling is that this bill trivializes the Bible, which I believe is a sacred text.”

“If we believe that the Bible is the inspired word of God, then we shouldn’t be recognizing it only as a book of historical and economic significance. If we are recognizing the Bible as a sacred text, then we are violating the Constitution of the United States and the Constitution of State of Tennessee by designating it as the official book,” Gov. Haslam goes on to say.

RightWingWatch.org reports that in response to the governor’s legally sound decision, Bryan Fischer, for American Family Association Director of Issues Analysis and current podcaster, cited Psalm 119, Fischer said that studying the Bible “imparts understanding to the simple,” which is why Satan is “so intent on keeping the word of God out of our public school system.”

Fischer said that Haslam and Idaho Gov. Butch Otter, who recently vetoed legislation that would have allowed the Bible to be used in public school instruction, were both doing the work of the devil.