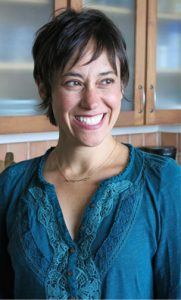 Food and sex are the most basic human drives. It’s no wonder that aphrodisiacs—food and drink with a reputation for making sex more attainable or pleasurable—are named after the Greek goddess of love and beauty, Aphrodite. (She was known as Venus to the Romans—Latin for love or sexual desire.) The femme fatale of Mount Olympus and one of the most powerful ancient gods, Aphrodite’s roles as mother, seductress, instigator of sexual desire, and patroness of brides were popular subjects in ancient art.

Aphrodite’s origins are dramatic, to say the least. The Titan Uranus was castrated by his own son, Kronos, and when the severed genitals were cast into the sea, Aphrodite emerged from the foam. The Greek name aphrodite has been interpreted as meaning “foam-born.” This explains why seafood has long been linked to love and sex, and why Aphrodite is often seen emerging from a seashell. 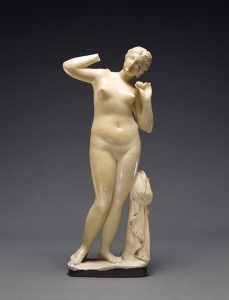 In the ancient world, human fertility was directly linked with the prosperity of the land. Procreation was an important moral and religious issue, and aphrodisiacs were sought to insure both male and female potency. Since food was not as readily available as it is today and undernourishment created a loss of libido – and thus reduced fertility rates – certain foods were sought after to help maintain the body in working order. Some of these foods gained their reputation as aphrodisiacs due to their suggestive shapes. Carrots, asparagus, figs and artichokes all bear some resemblance to genitalia and are thus considered stimulating. Bulbous foods such as eggs, beets, and fennel were also considered to have sexual power. Foods with sensual mouth feel, such as oysters, were considered scintillating. Spices with arousing aromas helped raise body temperature and provided instant energy.

Cooking and eating, like making love, stimulate smell, sight, taste, touch, and sound. Scent was a key element in arousal, and the ritual of using roses as a seduction tool has deep roots in history. The rose was a favorite flower of Aphrodite, its thorns representing the pain of love. In fact, myth has it that, distraught after the death of Adonis (one of her many lovers), she ran through the woods barefoot and cut herself with the thorns of a white rose, forever turning roses red. Rose garlands were placed on Roman dining tables for their sweet scent, and eating rose pudding was key in rekindling a flame. Cleopatra even carpeted her floor with rose petals to woo Mark Antony, much like we carpet the floor at modern weddings.

The earliest written record of Aphrodite appears on wine cup from the 8th century B.C., inscribed this way: “Whoever drinks from this wine cup, beautifully crowned Aphrodite’s desire will seize him immediately”—an early link between drinking and desire. On Valentine’s Day, enjoy this rose cocktail with your loved one and pair it with a home-cooked meal, the ultimate aphrodisiac. It is sure to make Aphrodite swoon with delight!

Modern science tells us there’s no such thing as a proven aphrodisiac, but ancient wisdom tells a very different story!