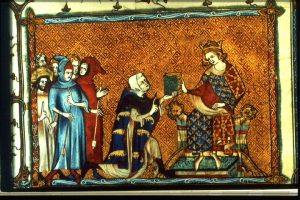 The pope may have been successful in staving off a foreign takeover of his lands, but he was less able to maintain law and order there himself.

The Great Famine was the result of the growth of Europe’s population to the limit of the capacity of the land to support it. The Black Death was one of the consequences of European contacts with the great civilizations to the east. As such, they were natural disasters in the sense that they did not come about because of any conscious human policy. Their effects were magnified and prolonged, however, by a general failure of European leadership to take any constructive action to cushion the effect of these calamities. During the preceding century, European society had become more institutionalized and regulated, and the kings, nobles, wealthy, and Church had exercised an increasing control over the population at large. When they were unable to provide leadership during these disasters, there was no one else in position even to attempt to do so, although the spread of the flagellants may have marked an attempt by common men and women to solve the difficulties in which they found themselves.

The first of the governing elites to lose its power to lead effectively was the Church. The attention of the papacy during the thirteenth century had been focused on the Holy Roman emperors and upon the goal of keeping the Kingdom of Two Sicilies in southern Italy and the city-states of Lombardy in the north independent of imperial authority and not powerful enough themselves to threaten the independence of the Papal States. This was of great importance to the clergy since it was clear that the pope would never be able to be an independent moral force if the lands upon which he and his administration were located were under the control of some secular power. If this seems difficult to understand, consider that the men who created the United States took care to create the District of Columbia, a territory independent of any state’s jurisdiction, in which to situate the federal government. Mexico City and several other national capitals occupy the same position and for much the same reason that the medieval popes wanted to be able to run the church from a place that was not under the jurisdiction of some secular authority.

During this struggle, the popes perhaps failed to pay close enough attention to the growing centralized power of the “national” monarchies in England, France, Castile, and Aragon. Perhaps, too, Boniface VIII lacked sufficient perception and had been lulled into a false sense of security by the triumphant tone of the celebration of the Jubilee year of 1300. Whatever the reason, Boniface seemed unaware that the French monarchy was quite different, and much more dangerous, than the Holy Roman emperors had ever been. 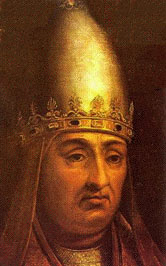 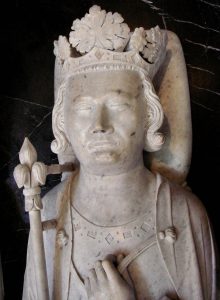 Pope Boniface VIII and Philip IV of France soon clashed over two basic issues, both crucial to the ability of the Church to have an independent voice in France. The first point of disagreement was that of the status of “Criminous” clergy, clerics who were accused of committing a criminal act. This was a serious matter since the Church had traditionally claimed the right to discipline its own members and to try any cleric accused of a crime in a Church court under the procedures of canon law. Canon law was much milder and more rational than the prevailing secular law. It did not provide for torturing defendants and witnesses and did not use the death penalty, for instance. This made people who saw clerics charged with crimes being tried under such apparently mild laws believe that the Church was coddling its own. Philip claimed that anyone breaking secular law should be tried in a secular court, but Boniface disagreed, feeling that the Church could not be independent if its personnel could be arrested at any time by secular officials.

This is something of a problem. Let’s say that a Catholic priest is accused of raping and murdering a six year-old girl. Should he be turned over to the Church to be dealt with and perhaps be sent to a monastery in the mountains of Italy, or should he face trial in a regular court and perhaps be given a life sentence in Lansing penitentiary without the possibility of parole? Let’s turn it around. If the same priest were accused of the same crime in Iran, should he be tried by an Iranian Muslim court? What about a Jewish rabbi in Nazi Germany or a Serbian Orthodox priest in Bosnia? Can a clergyman charge the government with immorality or unethical conduct — as many did in the United States during the war in Vietnam — if he can be accused of some secular crime, arrested, and tried in a government court? On the other hand, should a clergyman be able to claim that he cannot be arrested by civil authorities and tried in a regular court because that would threaten the free speech of other clergymen?

The second issue was whether clergymen and church property should be taxed like everyone and everything else. King Philip pointed out that the Church and its property enjoyed the protection of the secular government, used the roads and harbors that the government provided, and ought to pay for these things like everyone else. In a famous United States’ Supreme Court case of the early nineteenth century, McCulloch v. Maryland, the state of Maryland wanted to tax a local branch of the Bank of the United States. Chief Justice Marshall, in holding that a state could not be able to control federal agencies within its borders, stated that The power to tax is the power to destroy. Pope Boniface probably thought much the same.

He quickly issued the papal bulls Clericos laicos, which forbade members of the Church to pay secular taxes unless ordered to do so by the pope, and Unam sanctam, in which he declared that the Church was superior to secular governments in all things. 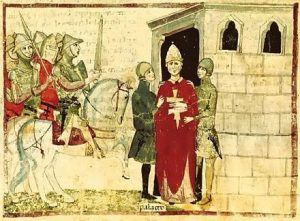 A bit of a digression here. A papal bull is not an animal, but an official document in which a pope issues an order to members of the Church or states the Church’s position on an important matter. The word “bull” comes from bullum, a large lead disk that was attached to the most important papal documents and upon which the papal seal was stamped. The name of each papal bull comes from the first two or three words of its text.

Philip defied the pope, organized the French bishops and archbishops against Boniface and called a representative assembly, the Estates General. Boniface tended to bluster, and declared that he would depose Philip. Philip decided to adopt extreme measures, and called upon his chief prosecutor, the villainous William de Nogaret, to handle the matter. De Nogaret drew up a bill of charges against Boniface, charging him with all sorts of ethical, moral, and legal misdeeds. He then gathered a band of armed men, enemies of the pope, and arrested Boniface and threw him in prison. People were outraged by the use of naked power against what was still a revered office, and Boniface was soon released. He was a broken man, however, and died shortly afterward. His successor tried to patch up the clash, and even went so far as to increase French representation in the college of cardinals.

The pope may have been successful in staving off a foreign takeover of his lands, but he was less able to maintain law and order there himself. During the preceding century, many of the city-states of Italy had grown rich and powerful through trade and manufacturing, but Rome had fallen far behind. The papal administration paid as little attention to the well-being of the residents of the Papal Estates, the lands in Italy under the direct rule of the pope, as the federal government of the United States pays to those of Washington D.C. Then, too, the popes were constantly taking the revenues that they gathered from their lands and investing them in unproductive political struggles. It must also be admitted that the papal administration had grown notoriously corrupt. In any event, the people of the Papal States were thoroughly disenchanted with the rule of the Church. The nobles defied the popes and refused revenues and military service, and recurring mass riots troubled the city of Rome itself. The papal election of 1305 chose a Frenchman who took the name Clement V and moved the papal court to safety at Avignon, a papal property on the Rhone river. The undisputed capital of western Christendom remained there until 1378.

Problems of the Papacy in Avignon

There was a general recession throughout Western Europe, and some countries would not send church dues to a pope whom they considered a puppet of the king of France. The papacy needed even more money than before, however. Its attempts to restore order to the papal states were expensive, and it was costly to build an impressive new papal capital at Avignon.

The Response: Avignon made simony an institution, cut the finances of parish priests, taxed bishops heavily, and cut costs wherever possible. The papal court charged heavily for its services, and one could usually buy justice. The sale of indulgences became a common practice to raise money. (An indulgenceis a document forgiving the purchaser a certain amount of sin. The theory was that anyone who bought an indulgence must repent his misdeeds, and that his money payment was a form of penance.) Avignon even declared the belief in apostolic poverty was heretical.

Apostolic poverty was the position that Jesus and his disciples did not concern themselves with money or possession, and neither did the Church in its early and pure days. The point was that, if the Church wanted to imitate its founder, it should give up all its wealth and power.

The Loss of Prestige

The papal court was generally believed to be entirely corrupt and the pope was considered a puppet of the French king. The papacy’s reputation suffered because of its inability to reform itself, to bring an end to the 100 Years’ War, or to provide sacraments during the Black Death. The last was particularly damaging, since the papacy in Avignon had declared that the sacraments were necessary to salvation. When the Black Death struck, however, the clergy were not able to minister to all of the dying or to bury them in consecrated ground, which meant — according to the Church itself — that those dead whom it had failed to help were destined to spend eternity in Hell. The church was generally seen as greedy and insensitive, so people turned to mysticism, the national churches, and secular leadership.

The Response:The Avignon papacy did much to improve he organization and functioning of the machinery of the Church, establishing the major offices that still operate today. They supported missionary activity in China, and encouraged scholarship and art.

The papacy was generally identified with Rome and was never trusted while it was in Avignon.

The Response: The papacy always hoped to return to Rome, and spent a great deal of money and energy trying to bring enough stability and security to the Papal States to allow that to happen. In 1378, the Avignon pope and his cardinals visited Rome to inspect the situation. The pope died, and, under duress, the cardinals elected an Italian as pope. Urban VI declared the papacy returned to Rome.