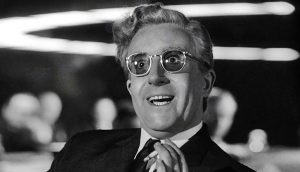 The world had become too complex and too dangerous: systems were at once the threat and the solution. 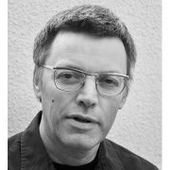 World War II led to the massive mobilisation of all the people and resources nations could bring to bear. This was total war on a global scale, producing a new sense among nations that their fates were interconnected. New technologies of war, such as heavy bombers and long-range missiles like the V-2 rocket, reduced distances of time and space. In recognition of this new state of affairs, in 1942 the US Army chief of staff, George Marshall, sent identical 50-inch, 750-pound globes to British prime minister Winston Churchill and US president Franklin Delano Roosevelt as Christmas presents.

The sheer scale of the war and the complex administrative and strategic systems required to manage these global operations led to, during the Cold War that followed, a growing interdependency of a network of institutions, attitudes and ways of working.

Fuelled by the development of satellites and intercontinental nuclear missiles that further shrank the size of the planet, the Cold War redrew geopolitical notions of time, space and scale. Huge nuclear arsenals made it necessary to consider both the instantaneous and the endless: the decisive moment when mutually assured destruction is potentially set in motion, the frozen stalemate of the superpower stand-off, and the long catastrophe of a post-nuclear future.

The power of an individual decision was now outrageously amplified – the finger on the nuclear button – yet, at the same time, radically diminished in the face of unfathomable forces, in which human agency seemed to have been ceded to computers and weapons systems. The world had become too complex and too dangerous: systems were at once the threat and the solution. 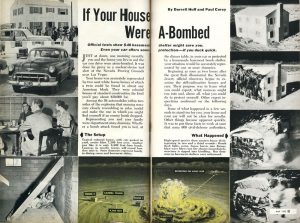 It’s all about planning. x-ray_delta_one

During the second half of the 20th century, many fields of enquiry from anthropology, political theory and analytical philosophy to art, music and literature were influenced by the explosion in interdisciplinary thinking that emerged from developments in cybernetics and its relationship with Cold War military research and development.

The practice of engaging with the connections and interactions between disparate elements of a problem or entity conceived as a system, and between such systems, is now commonplace in areas such as corporate strategy, town planning and environmental policy.

The pervasiveness of a systems approach also influenced the arts. The so-called systems novel, associated with writers such as Thomas Pynchon, Don DeLillo and David Foster Wallace, attempts to grasp the complex interconnectedness of society, and often the effects of technology and progress upon it. Through the 1960s and 1970s, in the radical architecture and design of the likes of Buckminster Fuller or the Archigram group, through minimalist and electronic music, and in conceptual art and emergent electronic media, the possibilities and implications of an increasingly computerised, information-driven society began to determine the form and content of cultural work.

Systems thinking offered a means of conceptualising and understanding a world that had grown hugely more complex and dangerous. Nuclear weapons demanded radical new ways of thinking about time, scale, power, death, responsibility and, most of all, control – control of technology, people, information and ideas.

We are now accustomed to thinking about the current moment in global terms – globalisation, global warming, global communications, global security. Mobile phones and laptops connect us to a vast global network so we can upload and download data – data that promises to broaden our connections even as it flattens our identity into a trickle of binary code to be tracked, traded, sorted and stored.

Everyday life is firewalled and password-protected. We move under a canopy of invisible cameras and sensors, where our personal details and likenesses, our associations, preferences and transactions lie waiting to be called upon – by friends, strangers, employers or snoops. And so what? We all do it – we are already conscripted. We have already become agents, checking up on people by rifling through social media accounts or poking around on Street View.

Faced with the unfathomable complexity of world events, or climate science, or the effects of the technology that delivers updates on such matters to us in an instant, information is both the source of our dilemma and a refuge from it.

This is a world produced by the Cold War, by the anxieties and energies that found expression in the laboratories, boardrooms, government offices, think-tanks and universities tasked with managing a permanent state of emergency. The geopolitics may be different, but the technology, infrastructure, and worldview that built up and hardened during the Cold War era are still with us, embodied in the everyday devices we take for granted, and the precarious identities they suggest.

Normalised surveillance, generalised anxiety, an obsession with security, nationalised identities, pervasive suspicion and secrecy, spectacular military technology and proxy wars, spies, whistleblowers, and the enemy within. Francis Fukuyama famously claimed in 1989 that the end of the Cold War marked the “end of history” – the great ideological struggles were over and Western liberal democracy had won, according to his thesis. However wrong he was in his assessment of the post-Cold War world, Fukuyama’s argument did indicate how easy it can be to kick recent history into the long grass. History, though, did not turn out to be over, and we are still in it. The world we are in is, in many ways, the world the Cold War made for us.