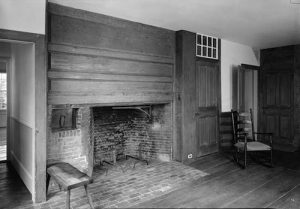 The dining room where the revolutionary war veterans dined. / Library of Congress

I’m a native New Englander. Sometimes I feel like I’ve been to Boston more times than Samuel Adams. When one grows up in New England, it is a safe assumption that every school field trip will somehow relate to Colonial America and the American Revolutionary War. In light of this, I am always thrilled and excited to learn new things about the fledgling American nation. I hit the jackpot with the National Numismatic Collection’s Comitia Americana medals. Earlier this year, I was able to record, research, and digitize this particularly historic group of medals. 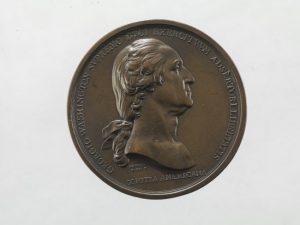 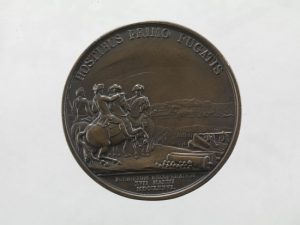 The Comitia Americana (Latin for “American Congress”) medals originally consisted of 11 medals celebrating the heroism of George Washington, John Eager Howard, William Washington, Anthony Wayne, John Stewart, Daniel Morgan, John Paul Jones, Horatio Gates, François-Louis Teissèdre de Fleury, Henry Lee, and Nathanael Greene. Each medal was meant to commemorate and celebrate particular military victories and the champions who led them—everything from the Siege of Boston in 1776 (George Washington) to the battle between the Bonhomme Richard and the Serapis in 1779 (John Paul Jones). Artistically, the medal engravings range from portraiture and classical iconography to panoramic battle scenes complete with ship sails billowing in the wind. Almost every medal depicts a moment of the American Revolutionary War that changed the course of the colonies’ futures. Several medals display the Battle of Cowpens (1781) with three of the toughest Revolutionary War heroes in different scenes from the battle: John Eager Howard, William Washington, and Daniel Morgan. Some of these medals employ mythic iconography to depict and honor their respective recipient. The medals depicting Horatio Gates, Anthony Wayne, John Paul Jones, Henry Lee, and Nathaniel Greene all use portraiture to celebrate these early American heroes. 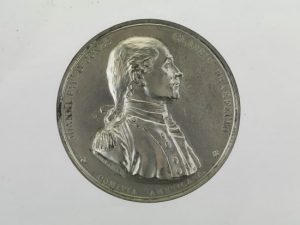 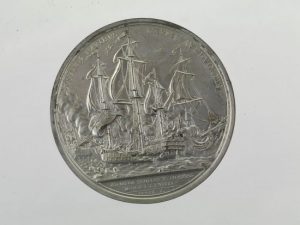 The Comitia Americana medals were created after a vote by the Continental Congress in March 1776. The congress commissioned the creation of a series of medals to be given to American heroes, foreign royalty, dignitaries, and even universities as a continued declaration and celebration of American independence. The practice of giving medals was a common action of independent European countries, so by joining in this tradition the 13 colonies were declaring their status as an independent and worthy nation. In their book, Comitia Americana and Related Medals: Underappreciated Monuments to Our Heritage, John W. Adams and Anne E. Bentley write, “the Comitia Americana medals were seen as a potentially fundamental building block in the diplomatic and public relations of our young nation.” 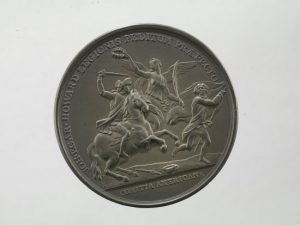 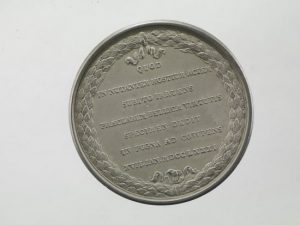 The Comitia Americana medals represent some of the earliest moments of the United States—as an independent nation—engaging with the international community through both politics and art. The celebration of military victory through these medals declares America to be a sovereign nation legitimized not only through victory in battle but also through medallic craft. Additionally, these medals serve as a grandiose thank you to France—particularly the Libertas Americana and medal celebrating de Fleury (the most heroic-looking medal of them all!). The Comitia Americana medals, and their later additions, allowed the first American Congress to reaffirm the statement of American legitimacy, originally made in the Declaration of Independence, through numismatic art. 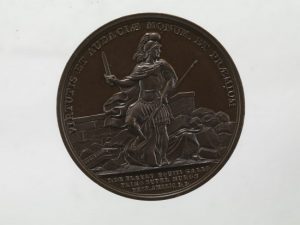 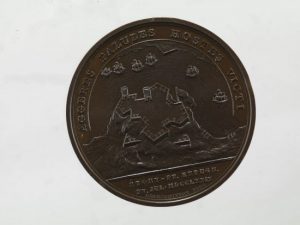 The National Numismatic Collection (NNC) has 119 Comitia Americana medals with the inclusion of the Libertas Americana medal (a medal specifically created to thank France for her participation in the American Revolution), and the Diplomatic Medal of Thomas Jefferson’s design. Thanks to the generosity and support of author and medal expert John W. Adams, the NNC has now completed the digitization of its Comitia Americana holdings! The collection’s high-resolution images can be found on the Smithsonian’s Learning Lab website. Virtual viewers can explore the images and iconography of each medal and learn more about the engravers behind their creation. For my New England compatriots (and friends from other locales) these Comitia Americana medals make interacting with the American Revolution and its heroes feel new, exciting, and tangible. 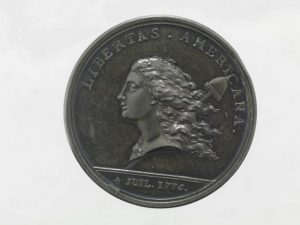 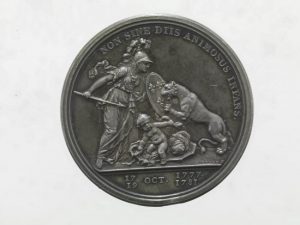