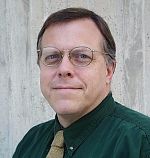 You might not think that the father of our country had any detractors, but he did, especially in the wake of so many military setbacks—not only in New York, but later in New Jersey and Pennsylvania. Starting with the Battle of Long Island in August 1776, British General William Howe drove the Continental Army back to Brooklyn Heights. Though told by Congress to hold the city, Washington decided he had to abandon New York. He then lost at Harlem Heights, suffered defeat at White Plains, lost Fort Washington along with 3,000 prisoners, and shortly after evacuated Fort Lee.

Luckily, Howe’s attention to Fort Washington gave the Continental Army a chance to escape across the Hudson and into New Jersey. But Washington’s struggles continued. At the end of 1776, General Charles Lee lost 4000 Americans covering Washington’s retreat through New Jersey. In December Congress abandoned Philadelphia for Baltimore. Fortune favored Washington again when Howe went into winter quarters. His army capitalized, striking hard on Christmas night, crossing the Delaware River, raiding Trenton and capturing 1000 Hessians along with arms and ammunition. In January, Washington’s men defeated British reinforcements at Princeton before escaping to Morristown, NJ.

Though Washington and his army showed pluck and resilience, such triumphs were pretty rare. His army was again defeated at Brandywine in September 1777 and later that month, General Howe occupied Philadelphia. In early October, Washington lost at Germantown. By contrast, just a few weeks later, General Horatio Gates shocked the world by defeating General Burgoyne at Saratoga on the Hudson River. With Gates’s star on the ascent, some wondered whether Washington was the right man to fill the role of Commander-in-Chief. Though no formal steps ever took place, by the end of 1777 there was a “whispering campaign” underway to have Washington removed —a movement that historian Joseph Ellis suggests was probably “simmering beneath the surface ever since the debacle at Fort Washington.”

One of the central figures in the matter was Brigadier General Thomas Conway, an ambitious Irishman who left the French Army to join the Continental Army, making the anti-Washington movement commonly referred to as the “Conway Cabal.” Conway actively lobbied Congress for a promotion that Washington virulently opposed in a letter to fellow Virginian and Congressman Richard Henry Lee. When Conway caught wind of this slight, he dashed off some pointed criticisms of Washington to Gates. Conway’s dislike for Washington attracted a loose “coterie of grumblers,” including Gates himself, Brigadier General Thomas Mifflin, General Charles Lee, and Congressional figures such as John Adams, Samuel Adams, Benjamin Rush, and Richard Henry Lee.

A gossip network through private correspondence might have remained the extent of the “coterie of grumblers’” influence, except that Washington, ever sensitive to the sanctity of his reputation, had his own network of loyal informants who had a keen ear for loose talk. Washington supporter General William Alexander reported that Gates’s aide General James Wilkinson, had drunkenly divulged the contents of anti-Washington correspondence between Conway and Gates, including this remark by Conway: “Heaven has been determined to save your Country; or a weak General and bad Counselors would have ruined it.” When Washington penned a terse note to Gates, he openly challenged him by sending a copy of his correspondence to Congress. This skillful tactic deferred the matter to his civilian masters, while placing the matter in the public sphere, where direct criticism of Washington was still almost sacrilegious.

Washington survived the challenge to his leadership, and some of his most ardent supporters, such as Major General Nathanael Greene, the Marquis de Lafayette, and Alexander Hamilton, went on to distinguish themselves throughout the war. Washington’s two most prominent critics fared less well. Though Conway eventually got his promotion and subsequent assignment as Inspector General, Washington marginalized him when he reported for duty at Valley Forge. Later, a number of general officers petitioned Congress, protesting Conway’s promotion. Conway was further discredited after a fellow officer questioned his courage at Germantown. After challenging his accuser to a duel, Conway was shot in the mouth. Thinking he was dying, Conway wrote a letter of apology to General Washington, but he survived his wounds and eventually returned to France. Gates was never able to hold on to the stature he gained at Saratoga, and in 1780 found himself fleeing with his militia at the Battle of Camden, SC in 1780.