What was the economic impact of the Civil War on American life? 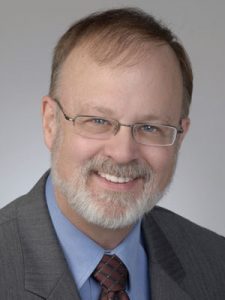 Even after 150 years, the Civil War evokes memories of great men and great battles. Certainly that war was a milestone in U.S. history, and on the plus side it reunited the nation and freed the slaves.

Few historians, however, describe the costs of the war. Not just the 620,000 individuals who died, or the devastation to southern states, but the economic costs of waging total war. What was the economic impact of the Civil War on American life?

The first and most important point is that the Civil War was expensive. In 1860 the U.S. national debt was $65 million. To put that in perspective, the national debt in 1789, the year George Washington took office, was $77 million. In other words, from 1789 to 1860, the United States spanned the continent, fought two major wars, and began its industrial growth—all the while reducing its national debt.

We had limited government, few federal expenses, and low taxes. In 1860, on the eve of war, almost all federal revenue derived from the tariff. We had no income tax, no estate tax, and no excise taxes. Even the hated whiskey tax was gone. We had seemingly fulfilled Thomas Jefferson’s vision: “What farmer, what mechanic, what laborer ever sees a tax-gatherer of the United States?”

Four years of civil war changed all that forever. In 1865 the national debt stood at $2.7 billion. Just the annual interest on that debt was more than twice our entire national budget in 1860. In fact, that Civil War debt is almost twice what the federal government spent before 1860.

What’s worse, Jefferson’s vision had become a nightmare. The United States had a progressive income tax, an estate tax, and excise taxes as well. The revenue department had greatly expanded, and tax-gatherers were a big part of the federal bureaucracy.

Furthermore, our currency was tainted. The Union government had issued more than $430 million in paper money (greenbacks) and demanded it be legal tender for all debts. No gold backed the notes.

The military side of the Civil War ended when Generals Ulysses S. Grant and Robert E. Lee shook hands at Appomattox Court House. But the economic side of the war endured for generations. The change is seen in the annual budgets before and after the war. The 1860 federal budget was $63 million, but after the war, annual budgets regularly exceeded $300 million. Why the sharp increase?

First, the aftermath of war was expensive. Reconstruction governments brought bureaucrats to the South to spend money on reunion. More than that, federal pensions to Union veterans became by far the largest item in the federal budget (except for the interest payment on the Civil War debt itself). Pensions are part of the costs of war, but the payments are imposed on future generations. In the case of the Civil War, veterans received pensions only if they sustained injuries severe enough to keep them from holding a job. Also, widows received pensions if they remained unmarried, as did their children until they became adults. Confederates, of course, received no federal pensions.

The Civil War pensions shaped political life in America for the rest of the century. First, northern states benefited from pension dollars at the expense of southern states. That kept sectional tensions high. Second, Republicans “waved the bloody shirt” and blamed Democrats for the war. Republican presidents had incentives to keep the pension system strong, and the Grand Army of the Republic (GAR) lobbied to get as much money for veterans as possible.

The federal government established pension boards to determine whether injuries to veterans warranted a pension. But the issue was complex. Sometimes, veterans created or faked injuries; others argued that injuries received after the war—for example, falling off of a ladder while fixing a roof—were really war injuries. If the pension board turned down an application, the veteran sometimes pleaded to his congressman—who was often able to get a special pension for his constituent through Congress. The corrupt pension system corroded politics for the whole 1865-1900 period.

President Grover Cleveland tried to stop congressmen from voting pensions to constituents with bogus injuries by vetoing bill after bill. His successor, Benjamin Harrison, “solved” the problem by signing the Blair bill, which liberalized pensions to the point that even old age made a veteran eligible for a pension. During the 1890s, after most veterans had died, pension payments remained a huge and corrupting item in the federal budget.

The economic impact of the Civil War extended beyond pensions. One argument made during the war was that transportation needed to be improved to connect California with the other Union states. President Lincoln signed a bill establishing federal subsidies for building two transcontinental railroads.

Lincoln was a gifted writer and an able defender of natural rights, but on railroad subsidies he had a reverse Midas touch. During the 1830s, for example, when Lincoln was in the Illinois legislature, he helped lead the charge for a $12 million subsidy to bring railroads to the major cities of Illinois. Unfortunately for Lincoln, the money was wasted and the railroads largely went unbuilt. According to William Herndon, Lincoln’s law partner, “[T]he internal improvement system, the adoption of which Lincoln had played such a prominent part, had collapsed, with the result that Illinois was left with an enormous debt and an empty treasury.”

When Lincoln signed the transcontinental railroad bill in 1862, he was creating an even larger boondoggle. The Union Pacific and Central Pacific Railroads were to be paid by the mile to lay track from Omaha to Sacramento. Thus, the UP and CP had incentives to create mileage, but not quality mileage. Their railroads were sometimes not straight, and other times went over hilly terrain that was impossible for a train to surmount. When finished, parts of what they had built were unusable, but both lines had paid off politicians (with some of their subsidy money) to continue the subsidies and not inquire closely on how they were being spent.

Lincoln is not responsible for the corruption that occurred after he died, but the Republican leaders during the war committed themselves to many federal interventions other than the constructive one of ending slavery. The National Banking Act of 1863, and amendments to it, brought greater federal control to banking and imposed a 10 percent tax on state bank notes.

The Morrill Act of 1862 gave 17.4 million acres of federal land to states to build land-grant colleges to teach citizens agriculture and science. Gifts of land and statements of educational focus seem like minor interventions, but the Constitution gave no role to the federal government in subsidizing education or creating universities. The Morrill Act became an entering wedge for later interventions (the Hatch Act of 1887 and the Smith Lever Act of 1914) that established direct federal subsidies to those same land-grant colleges.

Once the federal government intervenes in an area, it’s hard to remove the controls and easy to expand them. The Gilded Age generation did, however, halt some of those Civil War interventions. Those moves back to freer markets in the late 1800s help account for the tremendous economic growth during that time.

The starting point here is the decision after the Civil War to reduce the $2.7 billion national debt. From 1866 to 1893, the U.S. government had budget surpluses each year and slashed the national debt to $961 million. Annual revenue during these years was about $350 million and expenses were about $270 million—most of which consisted of Civil War pensions and interest on the national debt.

One reason the federal budgets tended to be lower in the 1880s than in the 1860s and 1870s was that interest payments on the debt declined sharply as the debt disappeared. For example, the annual interest on the national debt dropped from $146 million in 1866 to only $23 million in 1893. The generation that fought the Civil War became the politicians of the Gilded Age, and they had the fortitude to wipe out almost two-thirds of the Civil War debt.

Speaking of Civil War politicians, those in the Grant administration—long maligned by historians—established many of the conditions for the freedom and prosperity of the Gilded Age. For example, Grant helped make sure the U.S. government had budget surpluses by winning $15.5 million from Britain for damages done to Union ships by the Alabama and other ships the British built for the Confederates. In 1875 Grant also signed the Specie Resumption Act, which promised to redeem the Civil War greenbacks for gold. Grant committed the United States to a sound currency and fiscal restraint.

Also under Grant, the income and estate taxes were abolished in 1872. He committed the U.S. government to budget surpluses with revenue almost exclusively drawn from tariff duties and excise taxes on alcohol and tobacco. Even before Grant was able to abolish the income tax, he had it changed from a progressive to a flat tax.

The income tax during the Civil War—the first in U.S. history—was not onerous by today’s standards. Early in the Civil War, Congress passed a flat 3 percent tax on all income over $800 (which was much more than most families earned). Then Congress made the tax progressive and raised the top marginal rate to 10 percent.

When Grant had the income tax abolished, he returned the nation to the tax system envisioned by the Founders. In Federalist 21, for example, Alexander Hamilton defended a system of consumption taxes (tariffs and excises) against income taxes—which can be more divisive and more easily manipulated by politicians. Under consumption taxes, Hamilton argued, “The amount to be contributed by each citizen will in a degree be at his own option, and can be regulated by an attention to his resources.”

Hamilton added, “If duties are too high, they lessen the consumption. . . . This forms a complete barrier against any material oppression of the citizens by taxes of this class, and is itself a natural limitation of the power of imposing them.”

After the Civil War, Americans chose to consume alcohol and tobacco in sufficient quantities to help pay down the debt each year for most of the rest of the century. American industry recovered under such limited government, and the Civil War generation paved the way for economic greatness. They overcame much of the financial damage from the Civil War.