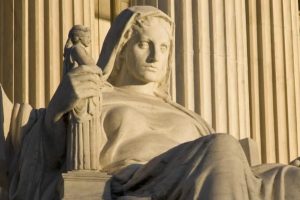 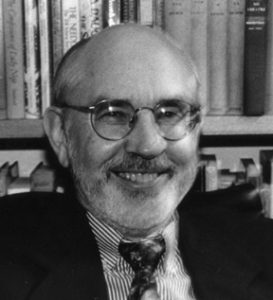 According to Donald Trump, Jeff Sessions and Mitch McConnell, “We can’t have a nation with open borders!” This is quite ironic since the United States of America, more than any other nation, was created on the foundation stone of open borders. If Native Americans could have enforced closed borders in the 16th, 17th and 18th centuries, there would be no United States of America. No visa was required to enter the North American continent, and no restrictions were placed on immigration until Chinese were barred by the immigration act of 1882.

Conservative judges love to insist on adhering strictly to the “original intent” of the founding fathers in determining the constitutionality of any law. But Antonin Scalia and Clarence Thomas and their conservative colleagues have been remarkably flexible in applying their “original intent” test, and every bit as activist as any of the liberal judges they criticize.

To take the most blatant example, the second amendment on the “right to bear arms” states, “A well-regulated militia being the best security of a free state, the right of the people to keep and bear arms shall not be abridged.” In the first place, the term “to bear arms” in the 18th century referred to the organization of troops into a militia. Further, the amendment stipulated that the militia should be “well regulated.” It didn’t refer to an individual’s right to be armed, and the armaments in question were single-shot rifles, nothing like the automatic and semi-automatic weapons on the market today. At our country’s founding, moreover, local militias were used to defend local communities, most often against Native Americans, who understandably resisted the forceful takeover of lands they had roamed for at least a millennium.

Secondly, we no longer depend on any militias in any form, for the security of our nation, and no American citizen today participates in a well-regulated militia. In an age of airplanes, missiles and atomic bombs, local militias are no longer necessary to the defense of the nation. Quite the contrary, local militias in the United States today are a threat to the security and sovereignty of the United States. Today’s militias tend to be white supremacists, anarchists or survivalists who want to destroy, not protect, the United States government. So much for the “original intent” doctrine preached by conservatives.

Perhaps the most telling fact about the conservative reverence for the “original intent” of the founders is that those founders were determined to craft the Constitution of the United States in such a way as to accommodate, nourish and sustain the institution of the chattel slavery of several million people of African descent. Despite the glowing rhetoric of the Declaration of Independence that “all men created equal,” by “all men” the founders meant “all white men of property.” In the view of our founding fathers, white men were genetically and culturally superior to all women and to all other races. Our founders assumed that women could not vote, could not own property, and could legally be beaten by their husbands.

Conservative judges are not so brazen as to call for the restoration of slavery, or the restoration of wives as property of husbands, but ever since the civil rights movement of the 1960s, conservative Republican politicians have appealed to racist sentiments, and in recent years their judicial appointees have sought to limit the voting rights of minorities, to curb the power of labor unions and to favor the rights of Christians over the rights of believers in other faiths.

Today’s Supreme Court is the most conservative, and the most politicized since before the New Deal. Republicans blame the Democrats for starting the politicization of the court by denying Robert Bork’s nomination. But Antonin Scalia was more instrumental than Democratic senators in politicizing the Court by his comments on and off the bench. Scalia, and his conservative colleagues who have survived him, have been ever quick to curb the power of Democratic presidents and to augment the power of Republican presidents.

The most blatant abuse of Court power came with the 2000 election when the Court closed the Florida recount and named George W. Bush president, claiming they were setting no precedent and taking this extraordinary step for the sake of convenience, to end uncertainty over the presidency. To his critics on the left, Scalia made no substantive argument, but simply said, “Get over it!” The conservative court thus chose the President who then appointed two more conservative justices. Then, Republicans denied Barak Obama his constitutional right to appoint Merrick Garland, and Trump put Neil Gorsuch on the Court in Garland’s place. In the most important power of the president to appoint justices to the Supreme Court, McConnell limited Obama’s presidential term to three years and awarded Trump to a five-year term.

Thus, three of the current conservative justices of the Supreme Court do not deserve to be there. Add to this Clarence Thomas who squeaked through his confirmation hearing despite the credible testimony of Anita Hill at a time when not one woman served on the Senate Judiciary Committee, and a grand total of two women served as United States senators.

Our current paralysis of polarization owes much to the legacy of Antonin Scalia and his conservative colleagues on the Supreme Court, who blame liberals for legislating from the bench, but have been quite as activist as liberal judges in doing just that. Overturning the voting rights act, overturning urban gun restrictions, throwing out campaign finance laws, and overturning anti-trust legislation, all amount precisely to legislating from the bench. The conservative justices of the Supreme court were put there by dubious means and they are anything but conservative.

They may resemble our founders insofar as they typically rule to curb the voting rights of non-whites, to cater to the needs of financial elites, to favor capital over labor, and to promote male control of female bodies. In placing the rights of fundamentalist Christians above the rights of others, our conservative Supreme Court justices are less protective of equal rights in religion than the slave-holding deist, Thomas Jefferson.