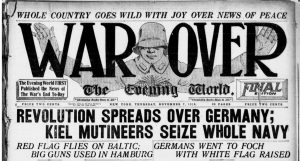 Much of our world today is what they fought against. 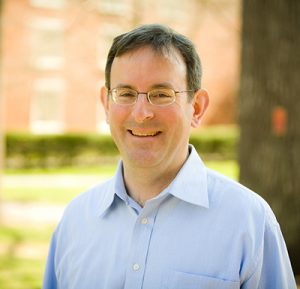 As the world collectively gathers to remember those who fought in World War I a century ago, it’s tempting to consider this milestone as just a vestige of the past revisited only momentarily. Veterans of that war have long since faded away, and most of humanity is largely convinced that the horrors of trench and chemical warfare are collectively too horrible to consider facing again.

But after a recent trip to Europe, made in order to visit the places where 40 of our forebears fought and fell, I left feeling unsettled by how much our world is what they fought against, rather than what they fought to achieve.

It seems most United States soldiers, sailors and Marines went to WWI out of a sense of duty to resist aggressive expansionism and threats to democratic society, or in support of aggrieved France, Belgium, Italy, United Kingdom or Russia, countries from where many close ancestors had often recently come as immigrants. After spending the past four years researching the 718 members of the Bucknell University community who participated in the Great War, these themes frequently arose in scores of diaries, letters, photos and service reports.

Today, there is a strong anti-immigrant sentiment around the country, even emanating routinely from our nation’s highest office. The tone alternates between a stance against illegal immigration, against the “wrong” kind of immigrant, and against immigration in general. But we need not look further than Company K, 306th Infantry Regiment, 77th Division, led by Medal of Honor winner, then 1st Lieutenant Dwite Schaffner, to understand how recent immigrants to the United States laid down their lives for their new home.

Beginning in September 1918, during the Meuse-Argonne Offensive, Schaffner successfully led a truly diverse assortment of peoples from around the globe against a hardened German opponent in numerous bloody encounters. He repeatedly counted on Filipinos, Mexicans, Chinese, and Swedes to attack a recalcitrant enemy. How would the members of Company K feel about today’s enduring anti-immigration policies, which have resorted to tearing families apart? Would this look like the actions of a country for which they fought? Or more like the authoritarian states they sought to defeat? To realize the peace for which they fought, we must continue to fulfill our role as a refuge for those escaping persecution and seeking opportunity. Immigrants serve as the nation’s backbone and immigration the motor of its prosperity.

This is not to suggest that the U.S. was a beacon of inclusion compared to now. African-Americans were not included in Company K, instead serving in segregated units at the time.  Some enlisted men of the 77th Division expressed contentment to have them serving on their left flank in September 1918. In contrast, some of the officers’ negative commentaries are ignorant, embarrassing and mean, The Great War accelerated the Great Migration of blacks to the North out of broad-based contractual servitude in the South, and it allowed people of African descent to work side-by-side with people of all backgrounds. But prejudices remain and continue to impede inclusion, civil equality and equity of opportunity on which the United States is supposed to be built. Just as holding up the beacon of freedom is of the utmost importance to the world, advancing the equality of all Americans remains essential. It is the fuel for the flame of the beacon that we show the world.

Isolationism, and its associated retreat from the moral dividends of victory after World War I led to the far worse, historical catastrophe of World War II. Following World War I, the United States did not stand with its European partners to resist Fascist Italy and Nazi Germany. To add insult to injury, in one of the greater moral failings in modern history, the US refused to admit but a trickle of legitimate refugees from political terror into our safe embrace.

And yet, we walk the same path now, knowing full well the darkness into which tolerating or abetting anti-democratic authoritarianism leads the world. Multilateralism, through the promotion of democracy, free trade, freedom of religion and speech with the United States and our democratic European, Asian, ANZAC and African allies firmly in the lead politically and morally, can and does create a stable base for a peaceful and progressive world.

The 1920 Treaty of Versailles forced the complete assumption of guilt upon the newly created and ill-fated German Republic, a dodgy assignation that led to the rise of Nazi Germany. This powder keg reignited quickly and powerfully in Europe, but the errors have also fostered slower burning fires that continue to flare up even 100 years later. Other World War I-era agreements, treaties, and mandates have led to ongoing ethnic, religious, and political tensions due to unilateral and haphazard border drawing. Turks and Kurds still struggle with the unbalanced outcomes of the 1920 Treaty of Sevrès and 1923 Treat of Lausanne; Israelis and Palestinians with the 1917 Balfour Declaration; the Syrians with 1920 Mandate for Syria and Lebanon. Even if it takes another 100 years, the world community needs to continue to talk to resolve these and other unsatisfying legacies of World War I and seek mutually just compromises.

On Nov. 11, 2018, the 100th anniversary of Armistice Day, we owe it to those who fought to ask ourselves if the lasting legacy is already written, or one we should still be looking to improve. For many places in the world, the fighting continues to this day and a true Armistice is nowhere in sight. Can we now task ourselves to achieve it and provide the ultimate compliment to those who fell?