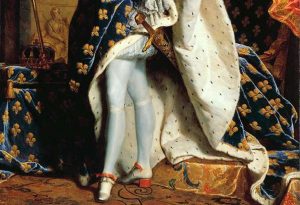 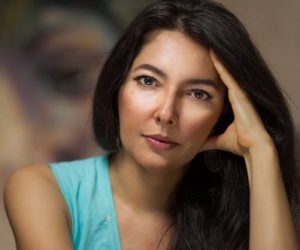 Artists make strategic use of drapery to aid composition, the arrangement of elements that leads our eye through a scene. In Peter Paul Rubens’s The Entombment, for example, drapery and color unite to heighten the viewer’s emotional response. 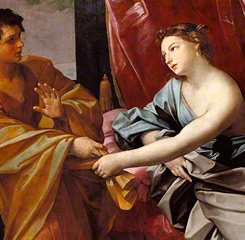 Drapery serves to cover, but also reveal, the human form.

In Guido Reni’s painting of Joseph and Potiphar’s Wife, for example, fabric serves to accentuate the woman’s pearlescent bare shoulder, underscoring her attempt to seduce both her companion at left—and the viewer!

3. Drapery Lets an Artist Show Off 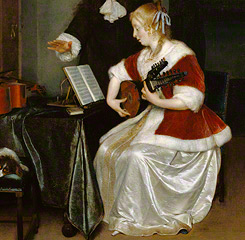 The subject of this painting is a music lesson, but our eye is drawn to the woman’s satin and fur garments, not her lute. (I discuss this picture in more depth in a video here.) 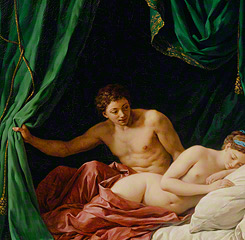 In a theater, when the curtain lifts we forget reality and surrender to illusion.

In this painting of two lovers, Lagrenée’s Mars and Venus, Mars lifts a curtain to seduce us into the scene; Venus sleeps innocently, unaware of our intrusion. (More about this painting here.) 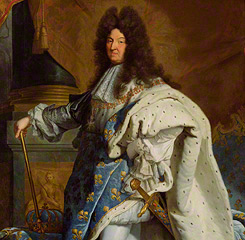 Portrait of Louis XIV (detail), Workshop of Hyacinthe Rigaud, after 1701

In this court portrait of Louis XIV, the king’s dazzling ceremonial cape speaks of command in every detail. It’s covered with the fleur de lis of the Bourbon dynasty, while the interior is lined with ermine—every black dot the tip of a single animal’s tail.