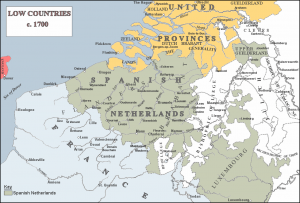 The civilized world has struggled to contain, let alone eliminate, the types of politico-religious terrorist activities which seem to occur on a daily basis. There are lessons to be learned from the pages of history. It just so happens that one of the most enlightened nations in the present-day world, the Netherlands, served as a virtual laboratory for these types of activities during the second half of the sixteenth century. The seventeen provinces of the Netherlands had been a relatively problem-free pocket of the Habsburg Empire during the reign of Holy Roman Emperor Charles V (1519-56). The Emperor was regarded as the most liberal Catholic monarch in Europe. He initiated a series of reforms based on the teachings of Erasmus, a Dutch theologian who promoted a humanistic form of Catholicism. Charles V drew the line brutally when it came to Lutheranism, however, and prevented the Protestant Reformation from taking hold in Spain, Spanish America and most of the Habsburg Netherlands.

That is until thousands of French Calvinists began to stream into Flanders and Brabant in search of a more tolerant religious environment. Their arrival induced Felipe II — who gained title to the Spanish Empire, including the Netherlands, after the abdication of his father Charles V in 1555-56 — to reaffirm the anti-heresy laws in October 1565, reverse many of the religious reforms and, in doing so, catalyze a powerful insurgency during the summer of 1566. Mobs of Calvinists (so-called “beggars”) ransacked towns, destroyed Catholic icons and looted churches. Felipe II refused to back-down. He dispatched the Duke of Alba to Brussels on August 9, 1567 with 10,000 Spanish troops, for starters, and created a so-called Council of Troubles to enforce the Inquisition. There would be no compromises with Protestants. Alba restored order in the Spanish Netherlands, executed over 1,000 royal subjects for treason or heresy and drove another 60,000 into Germany and England in search of asylum. Even Willem van Orange — a religiously-tolerant noble who had been mocked as “Willem the Silent” because of his steadfast loyalty to Felipe II — was pushed into exile. Orange withdrew to Dillenburg (Germany) in December 1568, organized a rebel army and set-out to establish an independent state in the seven northern provinces of the Spanish Netherlands. 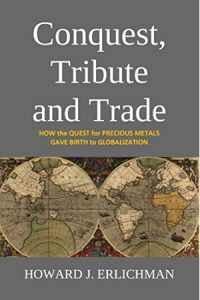 The looming problem for Felipe II, however, was that there were not enough funds in the imperial system to sustain the Army of Flanders on land, contain the westerly-moving Ottoman Empire at sea and overcome an unexpected (if temporary) downturn in Spanish American mining revenues all at the same time. The one million pesos worth of silver produced at Cerro de Potosí (Bolivia) in 1572 was less than one-third of that produced in 1550. Unpaid Spanish mutineers occupied Antwerp for a six-week period in 1574. Felipe II was forced to declare state bankruptcy in September 1575. Then it got worse. The king’s hardnosed Genoese creditors refused to write-off half of their unsecured claims, as they had done in 1557-1560, or resume the delivery of troop wages to the Army of Flanders. The Spanish Netherlands devolved into chaos. The breakaway provinces in the north consolidated their gains while the “obedient” provinces in the south were overrun with unpaid mutineers. It all came to a head on November 4, 1576. Thousands of unpaid mutineers flooded back into Antwerp, the wealthiest trading emporium in Europe, and sacked the town in savage fashion. The so-called “Spanish Fury” inflicted over 7,000 human casualties and destroyed (or plundered) massive amounts of local property.

The Sack of Antwerp was too much. It motivated a group of royal officials and Catholic nobles to negotiate a face-saving agreement on February 12, 1577. The Perpetual Edict called for the restoration of Catholicism as the official state religion in the Spanish Netherlands in exchange for the removal of all Spanish troops and the suspension of the anti-heresy laws and the Inquisition. The word “suspension,” of course, was not quite the same thing as “cancelation.” Felipe II had been so unsettled by the Spanish Fury that he was willing to agree to almost anything. This bought time to return to the bargaining table with the Genoese, make a few concessions to his largest creditors and conclude a Medio Generale on December 5, 1577. The king was also bolstered by reports that Cerro de Potosí, which was on track to produce over three million pesos worth of silver in 1577 alone, was in the early stages of a spectacular recovery.

Felipe II was invigorated by the Medio Generale, the expansion at Cerro de Potosí and the conclusion of a money-saving truce with the Ottoman Empire in February 1578. The king now had plenty of funds with which to do almost anything. So he asserted his claim to the throne of Portugal, which was vacated unexpectedly in the summer of 1578, and decided to ignore the terms of the Perpetual Edict. The Army of Flanders was staying out. The reversal, in turn, inspired the States General of the seven northern provinces to issue a formal Act of Abjuration on July 26, 1581. The Act superseded the Union of Utrecht — which had united Holland, Zeeland, Utrecht and the other four provinces since January 1579 — and declared that Felipe II had forfeited his sovereignty over the Spanish Netherlands by abandoning (abjuring) his royal subjects. This was an outright declaration of independence.

The reaffirmation of the anti-heresy laws in October 1565 had somehow produced a fledgling Dutch Republic in July 1581. Felipe II was outraged. He intensified his efforts to remove his primary nemesis in the Netherlands, Willem van Orange, and prepared to wage a full-scale military offensive against the forces of Protestantism in the Netherlands, England and France. The fifty-one year old Orange had been a marked man since 1568. So no one was completely surprised by his assassination on July 10, 1584. The assassin, a twenty-eight year old Burgundian courier named Balthasar Gérard, was driven by a radical form of Catholicism and an opportunity to collect a 25,000 crown bounty (and noble title) from Felipe II himself. The assassination was just as counter-productive as the anti-heresy laws. It stiffened the resolve of the general Dutch citizenry, provided an added incentive to attack the newly-unified Kingdom of Spain and Portugal where it really hurt, in global commerce, and led to a changing of the guard in the high seas after the turn of the century.

History has a way of repeating itself. So those who ponder the most appropriate responses to state-sponsored terrorism, religious intolerance and garden-variety insurgencies may want to consider the unintended consequences which flowed out of the Spanish Netherlands during the second half of the sixteenth century.