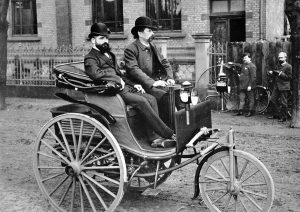 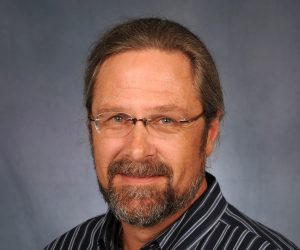 U.S. history textbooks typically relate early automobile use from the perspective of three distinct narratives. One focuses on Henry Ford, the inventor of the Model T and founder of Ford Motor Company. Ford was a hands-on mechanic who enjoyed tinkering with automobiles. He formed his own firm in 1903 to create a reliable, low-cost, easy-to-operate and easier-to-fix device for the masses.

While ultimately successful, it took Ford five years and several failed product lines to produce the Model T. Affectionately called the “Tin Lizzie” or “flivver” (so-called because its bouncy ride was supposedly good “for the liver”), the car remained in production for over 20 years.

The second story locates the car within the economic transformation of the 1920s. Ford’s mass production techniques increased worker productivity and throughput. This allowed Ford to make more cars and sell them for less money. But these methods remained hard on laborers, many of whom were required to perform routine repetitive tasks for hours on end (made famous by Charlie Chaplin in Modern Times). In order to retain trained workers, Ford paid higher hourly wages and lowered the work shift from 12 to eight hours per day.

The combination of a good product, productive assembly methods, and consumer desire produced amazing economic results. Ford sold more than 15 million cars by 1927, more than all other brands combined. The demand for products used to build and operate automobiles, such as steel, rubber, oil, gasoline, and glass multiplied as well. In this way, Ford Motor Company serves as the perfect symbol of the modern integrated industrial economy.

Third, the automobile reflected a new cultural outlook in America. Behavior beyond the workplace soon took precedence in the minds of many who preferred to “work to live” rather than “live to work.” The new technology allowed for more flexible and individual mobility. People moved to the suburbs, took extended vacations, used the car to free themselves from the bounds of the home, and generally consumed their free time in ways never before imagined.

These activities—like the heightened demand for steel and glass—multiplied across the American economy to produce travel-related services such as roadside restaurants, service stations, and motels. The car also obliterated the need for some existing industries, particularly fixed-rail commuter service and animal-powered transit.

Some textbooks address the implications of these changes. As a powerful symbol of modernity, the automobile represented individual freedom, mobility, and independence. The car also linked the profound economic changes (especially the rise of big business) to the pursuit of personal happiness through consumption. Increasingly, Americans defined a happy life by one that offered personal and immediate gratification, even if this meant rising debt and a loss of local community.

Those unable to meet the economic threshold required to sustain the “goods life” soon found themselves excluded from consideration. The social costs of individual automobile use remained hidden. Tax dollars once applied to public mass transit shifted to user fees (gas taxes) that paid for road improvements or liability insurance. Rising incidents of automotive crime, auto accidents, and sexual promiscuity earned the condemnation of isolated agencies (and the sorrow of their victims), but did little to stem the rising tide of change.

While textbooks do a fine job framing these three issues, they too often neglect several other key considerations. For example, the gasoline-powered internal combustion engine remained only one option (see Primary Source Internal Combustion Engine [1909]). Steam and electric cars were both functional and productive options in 1910. They were discarded because of the relative low cost and availability of gasoline.

Ford’s business model, too, significantly changed the relationship workers developed with their employers and their careers. Perfectly suited to the new consumer ethos of America, increasingly workers defined their lives through the goods they consumed rather than the jobs they held.

Finally, automobiles profoundly influenced youth culture and women’s lives. Freed from the constraints of the home, young people found their leisure beyond the watchful eyes of their parents and other relations. While we today, a product of these changes, may look favorably upon these individualistic freedoms, others might reasonably counter that community standards and a sense of belonging were lost as Americans hit the gas pedal.

Historians today generally examine the car within the boundaries of these material and cultural changes. The automobile proved to be a harbinger of modern, liberating technologies that provided individuals extensive new freedoms, but with a price tag. Like complex cell phones and high-speed internet today, consumer technologies such as the automobile freed those able to afford the gas, hotel bills, ticket prices, and especially the time needed for leisure. The social, economic, and, increasingly obvious today, environmental costs of these individual liberties rarely entered the public debate.

One exception proved the rising toll of auto-related fatalities, especially those produced by intoxicated or otherwise reckless drivers. While the market responded to poor driving through rising liability insurance premiums, by the mid-20th century most states instituted formal licensing procedures. States also began to require minimal safety standards for all cars and criminal codes for habitually reckless drivers.

While most textbooks are limited by space and state standards, they too frequently ignore the costs associated with the type of economic and cultural change brought by the automobile. Mass production lowered consumer costs, to be sure, but just as certainly they made it increasingly difficult for new innovators (the next Henry Ford) to enter the market. Widespread auto use also enjoyed state support—in the form of road improvements, the interstate highway system, and a lack of regulation—that the railroads and light-rail did not share.

Finally, textbooks too often minimize the ways that modern consumerism saddled Americans with a culture of debt and rising material expectations that promised individual “satisfaction” while delivering an unquenchable desire for something new. These remain complex and intriguing aspects of America’s car culture.