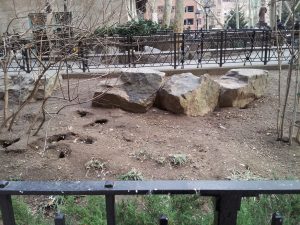 In an era when we can decode language among animals and design coatings that make military weapons virtually invisible, it may seem that there are few things science cannot accomplish. At the same time, we are surprisingly ignorant about some things that are much more ordinary. For me, perhaps the most intriguing example is city rats, which in many ways are the most important species of urban wildlife in our increasingly urbanized world.

Because rats are small, vigilant and live mainly underground, even behavioral ecologists like me know remarkably little about how they move through cities and interact with their environments. That’s a problem because rats foul our foods, spread disease and damage infrastructure. As more people around the world move to densely packed cities, they become increasingly vulnerable to rat behaviors and diseases. That makes it critically important to understand more about rats and the pathogens they carry.

I decided to study urban rats to help fill some gaps in our knowledge of how they use their sense of smell to seek favored resources (food and potential mates), and how this attraction influences their fine-scale movements across particular types of corridors.

Rats like to feed on small quantities of human rubbish while remaining just out of sight, so they have been associated with humans since the rise of agriculture. The ancestors of today’s urban rats followed humans across the great migratory routes, eventually making their way by foot or ship to every continent.

In cities, rats can enter buildings through openings as small as a quarter. They also may “vertically migrate” upward and enter residential dwellings through toilets. Because rats often make their way into homes from parks, subways and sewers, they can transport microorganisms they pick up from decomposition of wastes, thus earning the colloquial nickname of “disease sponges.”

Unlike humans, rats are not limited by the density of their population. In population biology, they are referred to as an “r-adapted species,” which means they mature rapidly, have short gestation periods and produce many offspring. Their typical life span is just six months to two years, but a female rat can produce up to 84 pups per year, and pups reach sexual maturity as soon as five weeks after birth.

Like other rodents (derived from the Latin word “rodere,” to gnaw), rats have large, durable front teeth. Their incisors rank at 5.5 on the Mohs scale, which geologists use to measure minerals’ hardness; for comparison, iron scores around 5.0. Rats use their constantly growing incisors to gain access to food. They can cause structural damage in buildings by chewing through wood and insulation, and trigger fires by gnawing on wiring. In garages, rats often nest inside cars, where they will also chew through insulation, wires and hoses. 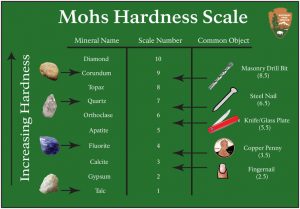 In addition to causing physical damage, rats spread diseases directly by passing infectious agents through their blood, saliva or wastes, and indirectly by serving as hosts for disease-carrying arthropods such as fleas and ticks. They are known vectors for Lyme disease, Rocky Mountain spotted fever, Toxoplasma, Bartonella, Leptospira and other microorganisms, many as yet unnamed. A seminal 2014 study found 18 novel viruses in 133 rats collected in Manhattan.

Studying rats in the city

Although they are abundant, wild rats are exceptionally difficult to study. They are small, live mainly underground and are active at night, out of most humans’ sight. When people do see rats they are most likely to notice either the sickest or the boldest individuals – such as the “pizza rat” captured in a 2015 viral video – and make inaccurate generalizations about all rats.

Scientists study animal behavior by analyzing many individuals so that we can detect variations and patterns in behaviors within a population. It may be funny to see a rat drag a whole slice of pizza down subway stairs, but it is much more interesting and useful to know that 90 percent of a population is drawn to foods that are high in fat and protein. To draw conclusions like this, we need to observe how many individual animals behave over time.

Biologists typically track wild animals and observe their movements by capturing them and fitting them with radio or GPS transmitters. But these methods are nearly useless in urban areas: radio waves cannot pass through rebar-reinforced concrete, and skyscrapers block satellite link-ups.

In addition to physical barriers, working with wild rats also poses social challenges. Rats are the pariahs of the animal world: We associate them with filth, disease and poverty. Rather than striving to learn more about them, most people want only to avoid them. That instinct is so strong that last December an Air India pilot flying a Boeing 787 Dreamliner from Mumbai to London made an emergency landing after a single rat was spotted on the plane. 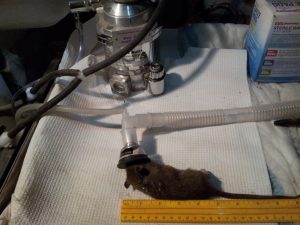 Assessing the health of a rat prior to implanting a microchip. Dr. Michael H. Parsons

Working with Michael A. Deutsch, a medical entomologist at Arrow Pest Control, I have started designing studies to investigate urban rat behavior in situ so that we can, for the first time, learn the histories of individual animals in the wild. We capture rats by luring them with pheromones – natural scents that they find irresistible – and implant radio-frequency identification (RFID) microchips under their skin to identify each animal. This is the same technology that retail stores use to identify commercial products with bar codes and that pet owners can use to identify their dog or cat if it strays.

After we release the microchipped rats, we use scents to attract them back to specific areas and monitor when and how often they return. Using camera traps and a scale that the rats walk across, we can assess their health by tracking weight changes and looking for new wounds and bite marks. We also test their ability to penetrate barriers, such as wire mesh. And we repeatedly collect biological samples, including blood, stool and DNA, to document the rats’ potential to carry pathogens. We have become familiar enough with some rats to give them names that match their unique personalities. 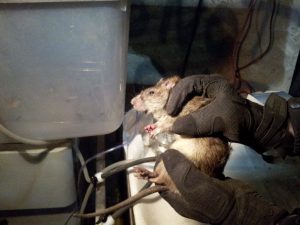 In a pilot study published last year, we reported some initial findings. By monitoring individual rats, we learned that males foraged around the clock 24 hours per day, but females did so only during late mornings. Females and males were equally attracted to scents from lab rats, and females responded to pheromones at the same rate as males.

In 2016 we published our detailed methods as a roadmap that other scientists can use to replicate this research. Using this approach, we believe scientists can learn when and where particular pathogens enter a given rat population. As far as we know, these are the first two studies to analyze wild city rats at the level of the individual in a major U.S. metropolitan area.

In doing this research, I have encountered strong social taboos against working with rats. In 2013, while I was seeking opportunities to carry out field research on rats in New York City, I requested access to the CCTV surveillance cameras of “Theatre Alley,” a narrow lane in Manhattan’s Financial District where rats scurried at will. Just a few weeks later, I learned that Theatre Alley had been hastily cleaned, changing the setting forever and removing information that could have provided useful insights into rat movements and behavior. We have also found that there is little money for this kind of research. Although New York City spends a lot of money training pest control workers and finding and exterminating rat colonies through public institutions such as the Metropolitan Transportation Authority and the Department of Health and Mental Hygiene, there are few opportunities for academic studies.

Officials at public agencies think pragmatically and respond to a specific threat after a problem has been reported. Thus, it is understandable that they may be unreceptive to requests for access to subways for theoretical purposes, or for disease-related surveillance in the absence of a demonstrated threat that may or may not come to fruition.

Instead, Michael Deutsch and I are looking for New York City residents who will allow us to do scientific research in their homes, businesses, apartment buildings and other establishments, without fear of publicity, fines or judgment. To do this work on a larger scale, we need to do more work to build bridges between academic research and front-line public health and sanitation agencies.

In New York alone, up to six million people use the subway system every day, coming into close proximity with rats, and nearly one-fourth of more than 7,000 restaurants inspected so far this year have shown signs of rat or mouse activity. We clearly need to know more about urban rats: how they behave, where they travel, when and where they pick up diseases and how long they spread them, how these diseases affect rats’ health and, eventually, how rats transmit infections to humans.