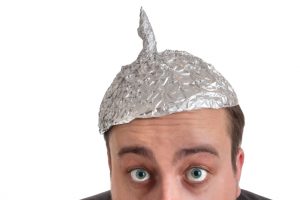 Any time there is an article about vaccine initiatives, a segment of the public begin to shout about government conspiracies and their perception of nefarious science. What is behind the anti-vaxxer movement? I start by discussing the scientific evidence about the fraud that inspired the anti-vaxxer movement before providing a broad sketch of the public who don’t believe in vaccination.

The science demonstrating that there is no link between autism and vaccines is peer-reviewed and well-established. The original paper that made the assertion that such a link existed was retracted by the original publisher, The Lancet, due to fraud by Andrew Wakefield and his team.

People who are convinced that vaccines cause autism have never read the original article that made this outlandish claim, let alone understand the science and its motives. For example, the fact that the study used a sample of only 12 boys; that the methods and conclusions were falsified; and most importantly, that Wakefield had a financial interest in making his fraudulent claims. He was funded by lawyers who were engaged in a lawsuit against vaccine companies. The retraction can be clearly seen on the original paper. The original retraction states:

“no causal link was established between MMR vaccine and autism as the data were insufficient.”

It is rather ironical that some people imagine there is some financial or political incentive amongst scientists to support vaccines. This is simply not true.

Science supports the use of vaccines because they save lives. This is the official position of the World Health Organization (WHO), which has dispelled the myth that there is a link between autism and vaccines. Instead, the WHO shows that vaccines prevent up to 3 million deaths annually, for 25 otherwise lethal diseases.

The public needs to better understand the that the fraudulent science against vaccines is actually motivated by profit. Lawrence was charged with ethics violations and scientific misconduct. His team was “found guilty of deliberate fraud (they picked and chose data that suited their case; they falsified facts).”

People who believe in conspiracy theories do so due to lack of education on particular subjects, and they are heavily influenced by political ideology, rather than scientific facts. People who disbelieve scientific evidence in favour of conspiracy theories overwhelmingly seek out random statements that support their personal beliefs, but these people do not engage with scientific evidence that contradicts their personal values.

There is no grand scientific conspiracy behind vaccines. There is, however, only, lack of valid data, hyperbole and scaremongering behind those who want to argue otherwise. The roots of the anti-vaccine movement are firmly tied to fraud motivated by financial gain. All that the anti-vaccine movement does is continue the greed of one disgraced man who was exposed for being unethical many years ago.

Scientific data show that anti-vaxxers come from all walks of life. There are no significant differences along gender, education, religion, race and income, though there are some differences in terms of political ideology. The strongest difference is in age. The main issue I highlight here is that the biggest divide is lack of trust in science amongst younger parents. 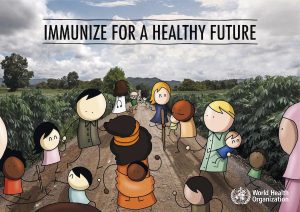 A 2014 study from Professor Dan Kahan from Yale University finds that only a minority of the American population does not support immunisation. Sampling a nationally representative group of over 2,300 American adults, the study finds that the majority support vaccines: 80% agree that the benefits of vaccines outweigh the risks; and 75% reject the idea that vaccines are not targeting serious diseases.

Let’s look at those with negative views: 41% of people had some level of doubt that vaccines were safe; and they were more likely to think the risks might lead to autism (25%) than other health risks like diabetes (10%).

While there were no major gender differences overall, it is actually White men who exhibit the greatest scepticism on safety of vaccines (amongst those who question the science). This is consistent with other anti-science views. The idea that this is a “mummy-blogger” driven problem is incorrect. The biggest problem is anxiety parents of all genders have about their young children’s safety.

Even amongst the people who were hostile towards other science issues like climate change and evolution, they were more likely to believe that the risks of vaccines were low and the benefits outweighed the risks. “Even within those groups, in other words, individuals hostile to childhood vaccinations are outliers.”

The study is focused on attitudes, but notes that behaviour is a stronger indicator of immunisation stance – and 91% of infants are immunised according to CDC data. The study suggests there is not a large and growing number of people who don’t believe in vaccines, it’s just that these groups are in “enclaves” who “often harbour communities of vocal critics of mandatory vaccination.” They now receive more media coverage, especially with new technologies that proliferate their views. The problem is of course, that even if a minority choose not to immunise, this puts a high number of infants at risk. The study suggests that understanding these perceptions of risk, and addressing them directly, is paramount.

Giving us hope is the fact that dispelling myths through targeted education does make an impact: 78% of skeptics were more likely to agree on the science after reading an official statement on vaccine safety by the American Academy of Paediatrics. The report argues that policy and education should be focused on addressing confusion about vaccines:

“Pockets of under-vaccination pose a serious and unmistakable public health concern… An important objective of such [public education] inquiry, moreover, should be to devise effective communication strategies for reassuring ordinary parents who are not hostile to vaccination but simply confused or anxious—whether as a result of misinformation being disseminated by critics of universal immunisation or otherwise.”

I have more to say on how to better understand these concerns and how to target education programs, but I’ll do this in another post. 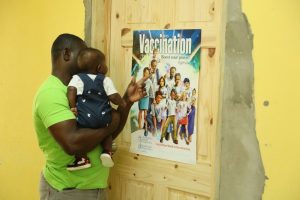 Another recent survey released last last week by the Pew Research Centre came to similar conclusions on the diversity of people who don’t believe in immunisation. There are no single demographic profile, but political views have some impact. More Democrats (76%) think vaccines should be required in comparison to Republicans and independents (65% of each).

The most pronounced difference is in age. The majority of older adults support vaccines (79%) while 59% of those under 30 support this view. A slightly higher proportion of (younger) parents with children believe vaccinations should be a parental choice rather than policy-determined mandate. What’s the key difference here? Generational experience. Older cohorts have living memory of measles and similar diseases while younger people do not; hence their scepticism.

While level of education does not have a strong impact on refusal to believe vaccines are safe, being a scientist does have an impact: 86% of scientists say vaccines should be required for all, compared to 68% of the American public as a whole.

What’s the biggest problem here? As noted above, part of the issue is lack of trust in science and a related issue is poor scientific literacy. People distrust science because there are so many information sources out there which cast doubt on basic scientific facts. While I’ve previously shown that part of the waning trust in science is linked to general distrust of institutions and, for minorities especially, unethical experiments in the past, in the case of vaccinations, it is younger parents who fear vaccinations. This is due to seeing the (very minor) risks for their own child as more important than the risks of disease to public health. A tiny minority of people may be unable to be vaccinated due to a compromised immune system, or to some other individual factor. The majority of people do not fit into this minority risk category. 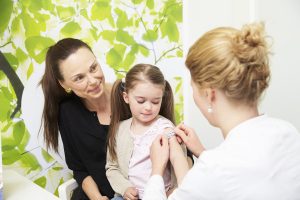 There are risks with anything in life: from walking down the street, to getting into a car, to giving birth, to having minor surgery and beyond. Many modern ideas about risk are manufactured by groups with vested interested specifically to foster a sense of anti-science. Individuals rarely understand how and why anti-science becomes adopted as taken-for-granted knowledge, whether it be scepticism about climate change serving corporate interests, or anti-vaccination, which served the greed and fraud of one team of unethical shills, long-since debunked.

For ordinary individuals, risks are weighed up against personal benefits and values, but equally important in the case of vaccines, is the notion of social responsibility. Vaccination is most effective when all who are at risk participate in immunisation. The basic aspect of this science, coupled with the notion of our social contract, our collective moral imperative to support public health campaigns for the benefit of all, has been lost in the fraud that led to the anti-vaccination movement.

The loudest anti-vaccination voices are defending personal values. They drown out the participation of the undecided and disengaged. At the same time, I know many researchers from the social, biological and other sciences are engaging in wonderful outreach efforts on immunisation. By pooling our knowledge and resources from different disciplines, we can collectively work on ways to reach those who are privately worried about the risks and safety of vaccines, and provide them the educational resources that might help them put their worries at ease.