The idea of a human’s life being divisible into distinct stages has been around for millennia, a recurring theme in the literature and art running through all historical periods and places. The early Greeks were particularly fond of the idea, the earliest reference being from lawmaker, and poet Solon (ca. 600 BC), who had ten stages of seven years each. Hippocrates (ca. 450 BC) had seven stages, while Aristotle (ca. 350 BC) spoke of three: youth, prime of life, and old age. The idea is, however, perhaps made most famous by William Shakespeare who has Jacques in As You Like It speak some of The Bard’s most famous lines:

All the world’s a stage,
And all the men and women merely players.
They have their exits and their entrances,
And one man in his time plays many parts,
His acts being seven ages. At first the infant,
Mewling and puking in the nurse’s arms.
Then, the whining school-boy with his satchel
And shining morning face, creeping like a snail
Unwillingly to school. And then the lover,
Sighing like furnace, with a woeful ballad
Made to his mistress’ eyebrow. Then, a soldier,
Full of strange oaths, and bearded like the pard,
Jealous in honour, sudden, and quick in quarrel,
Seeking the bubble reputation
Even in the cannon’s mouth. And then, the justice,
In fair round belly, with a good capon lin’d,
With eyes severe, and beard of formal cut,
Full of wise saws, and modern instances,
And so he plays his part. The sixth age shifts
Into the lean and slipper’d pantaloon,
With spectacles on nose and pouch on side,
His youthful hose, well sav’d, a world too wide
For his shrunk shank, and his big manly voice,
Turning again toward childish treble, pipes
And whistles in his sound. Last scene of all,
That ends this strange eventful history,
Is second childishness and mere oblivion,
Sans teeth, sans eyes, sans taste, sans everything

In addition to literature, the idea of life’s divisible course has been the fount for some wonderful imagery, most depicting the different ages as ascending then descending a series of steps: what in the German tradition became known as “Lebenstreppe” or “Stufenalter” (which can be traced back to Jörg Breu’s 15th-century effort). As perhaps is to be expected, given the inevitable end point, the scythe-wielding figure of death is to be found lurking in most images (“under the stairs”, as it were). Come the 19th century the format was also used in a number of satires: from the progress of a drunkard to the toils of the political life. In rough chronological order, we present a selection of highlights below, from the 14th to the early 20th century. 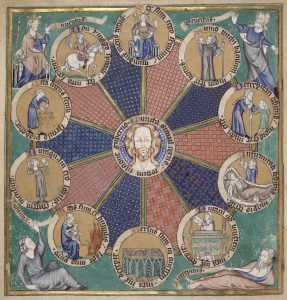 Wheel of the ten ages of man — The Deity in the centre, from which radiate ten spokes of a wheel, each ending in circular medallions illustrating the ten ages of man. Infancy, boyhood, adolescence, young manhood, and maturity represented by a king. The decline, illustrated with an old man with cane, being led by a child, attended by a doctor, his funeral, and tomb. Four figures in the corners representing infancy, youth, old age, and decrepitude. Circa 1310, from Arundel 83, f.126v, Psalter of Robert de Lisle / Wikimedia Commons 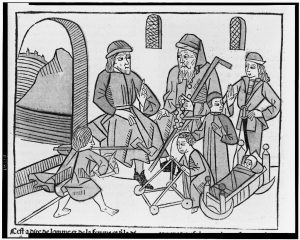 Life stages from infancy to old age with various accoutrements, an illustration in circa 15th-century manuscript / Library of Congress 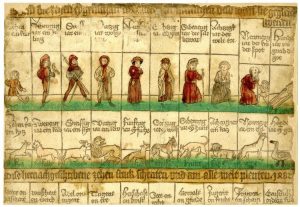 The ten ages of man, woodcut, circa 1482 / Wikimedia Commons 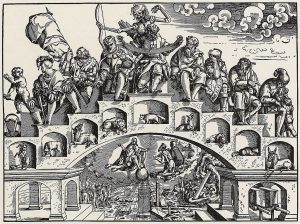 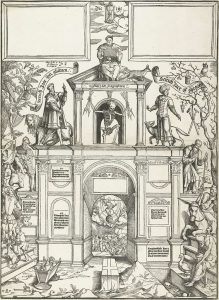 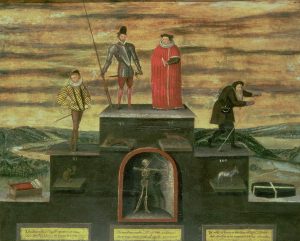 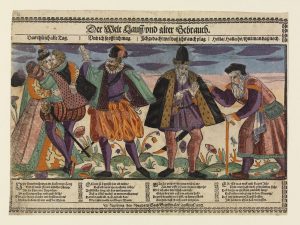 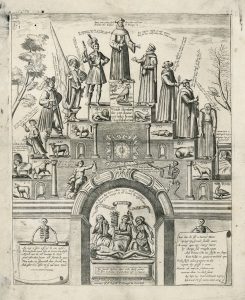 “As in a map here man may well perceive, how tyme creeps on til death his life bereave” , circa late 17th century / Folger Shakespeare Library 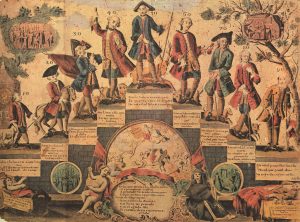 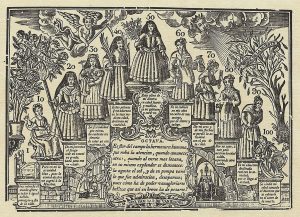 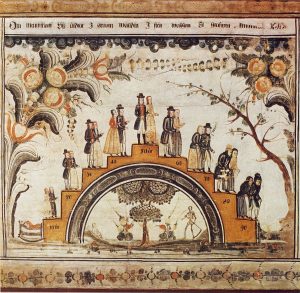 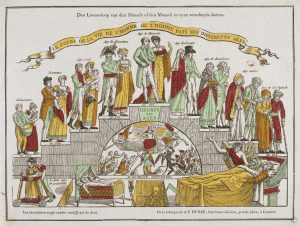 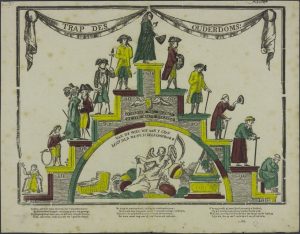 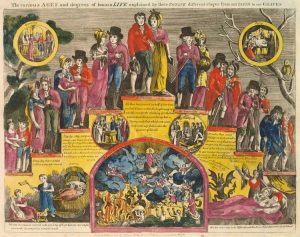 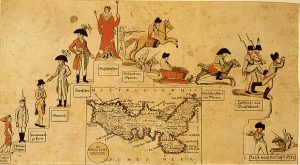 The Rise and Fall of Napoleon, in the style of “Steps of Life” image, by Johann Michael Voltz, 1814 / Wikimedia Commons 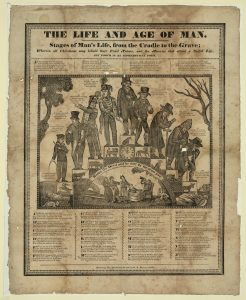 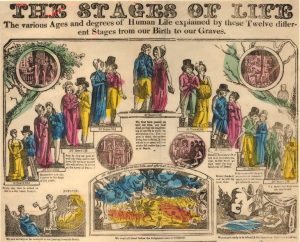 The Stages of Life, broadside published by James Catnach, London circa 1830 / Wikimedia Commons 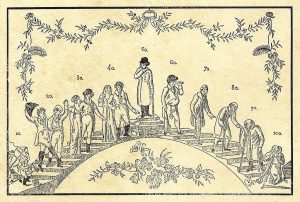 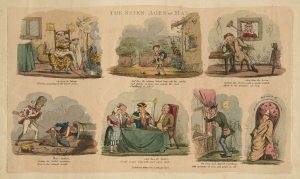 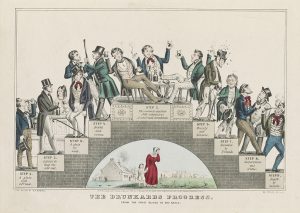 The Drunkard’s Progress; Step 1. A glass with a friend. Step 2. A glass to keep the cold out. Step 3. A glass too much. Step 4. Drunk and riotous. Step 5. The summit attained. Jolly companions. A confirmed drunkard. Step 6. Poverty and disease. Step 7. Forsaken by Friends. Step 8. Desperation and crime. Step 9. Death by suicide; a Nathaniel Currier print, 1846 / Wikimedia Commons 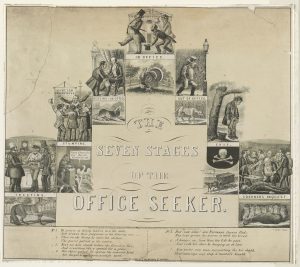 The seven Stages of the Office Seeker, by Edward Williams Clay, 1852. A satire on patronage and corruption in New York State politics. Here the seven stages are illustrated as key points in the life and career of a political hack / Library of Congress 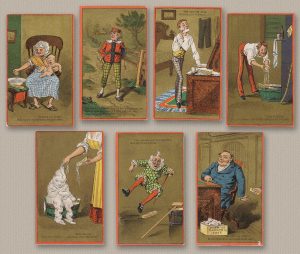 Dobbins’ Electric Soap (As You Like It). Advertising cards, 1881 / Folger Shakespeare Library 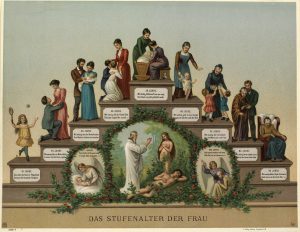