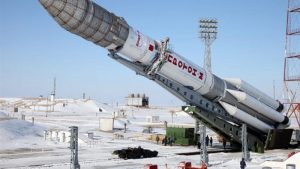 It’s the first administration that has no interest in pursuing nuclear arms control.

In July 2017, by a vote of 122 to 1, with one abstention, nations from around the world attending a United Nations-sponsored conference in New York City voted to approve a treaty to ban nuclear weapons.  Although this Treaty on the Prohibition of Nuclear Weapons received little coverage in the mass media, its passage was a momentous event, capping decades of international nuclear arms control and disarmament agreements that, together, have reduced the world’s nuclear weapons arsenals by approximately 80 percent and have limited the danger of a catastrophic nuclear war.  The treaty prohibited all ratifying countries from developing, testing, producing, acquiring, possessing, stockpiling, using, or threatening to use nuclear weapons.

Curiously, though, despite official support for the Treaty on the Prohibition of Nuclear Weapons by almost two-thirds of the world’s nations, the Trump administration―like its counterparts in other nuclear-armed countries―regarded this historic measure as if it were being signed in a parallel, hostile universe.  As a result, the United States and the eight other nuclear powers boycotted the treaty negotiations, as well as the final vote.  Moreover, after the treaty was approved amid the tears, cheers, and applause of the UN delegates and observers, a joint statement issued by the UN ambassadors of the United States, Britain, and France declared that their countries would never become party to the international agreement.

One clear indication that the nuclear powers have no intention of dispensing with their nuclear arsenals is the nuclear weapons buildup that all of them are now engaged in, with the U.S. government in the lead.  Although the Trump administration inherited its nuclear weapons “modernization” program from its predecessor, that program―designed to provide new weapons for nuclear warfare, accompanied by upgraded or new facilities for their production―is constantly increasing in scope and cost. In October 2017, the non-partisan Congressional Budget Office (CBO) reported that the cost for the planned “modernization” of the U.S. nuclear weapons complex over the next three decades had reached a staggering $1.2 trillion.  Thanks to the Trump administration’s plan to upgrade the three legs of the U.S. nuclear triad and build new cruise and ballistic missiles, the estimated cost of the U.S. nuclear buildup rose in February 2018 to $2 trillion.

In this context, the Trump administration has no interest in pursuing the nuclear arms control and disarmament agreements, discussed or signed, that have characterized the administrations of all Democratic and Republican administrations since the dawn of the nuclear era.  Not only are no such agreements currently being negotiated, but in October 2018 the Trump administration, charging Russian violations of the Intermediate-Range Nuclear Forces (INF) Treaty, announced a unilateral U.S. withdrawal from it.  Signed in 1987 by U.S. President Ronald Reagan and Soviet President Mikhail Gorbachev, the treaty removed all medium range nuclear missiles from Europe, established a cooperative relationship between the two nations that led to the end of the Cold War, and served subsequently as the cornerstone of U.S.-Russian nuclear arms controls.

Although some Allied leaders joined Trump in questioning Russian compliance with the treaty, most criticized the U.S. pullout, claiming that treaty problems could be solved through U.S.-Russian negotiations. Assailing the U.S. action, which portended a nuclear weapons buildup by both nations, a spokesperson for the European Union declared:  “The world doesn’t need a new arms race that would benefit no one and on the contrary would bring even more instability.”  Nevertheless, Trump, in his usual insouciant style, immediately announced that the U.S. government planned to increase its nuclear arsenal until other nations “come to their senses.” 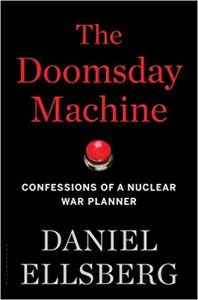 Of course, as Daniel Ellsberg has noted in his book, The Doomsday Machine, nuclear weapons are meant to be used―either to bully other nations into submission or to wage a nuclear war.  Certainly, that is President Trump’s view of them, as indicated by his startling nuclear threats.  In August 2017, angered by North Korea’s nuclear missile progress and the belligerent statements of its leaders, Trump warned that “North Korea best not make any more threats to the United States” or “they will be met with fire and fury like the world has never seen.”  In January 2018, referring to North Korea’s leader, Kim Jong-un, Trump boasted provocatively that “I too have a Nuclear Button, but it is a much bigger and more powerful one than his.” Fortunately, largely thanks to the skillful diplomatic maneuvers of South Korean President Moon Jae-in―Trump’s threats of nuclear war against North Korea have recently ground to a halt, at least temporarily.

But they are now being redirected against Iran.  In May 2018, Trump unilaterally withdrew the United States from the Joint Comprehensive Plan of Action, an agreement with Iran that had been negotiated by the governments of the United States and other major nations. Designed to ensure that Iran did not develop nuclear weapons, the agreement, as UN inspectors reported, had been strictly complied with by that nation.  Even so, Trump, angered by other actions of the Iranian regime, pulled out of the agreement and, in its place, instituted punitive economic sanctions on Iran, accompanied by calls to overthrow its government.  When, in July, the Iranian president cautioned Trump about pursing policies hostile to his nation, the U.S. president tweeted, in bold capitals: “NEVER, EVER THREATEN THE UNITED STATES AGAIN OR YOU WILL SUFFER CONSEQUENCES THE LIKES OF WHICH FEW THROUGHOUT HISTORY HAVE EVER SUFFERED BEFORE.”  Just in case Iranians missed the implications of this extraordinary statement, Trump’s hawkish national security advisor, John Bolton, followed up by declaring:  “President Trump told me that if Iran does anything at all to the negative, they will pay a price like few countries have ever paid.”

This obsession of the Trump administration with building nuclear weapons and threatening nuclear war underscores its unwillingness to join other governments in developing a sane nuclear policy.  Indeed, it seems determined to continue lurching toward unparalleled catastrophe.