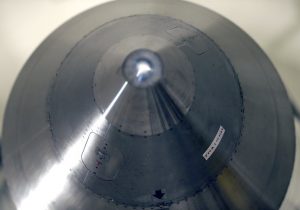 As the US talks up denuclearizing North Korea, a former defense department official takes alook at the status of America’s stockpile of nuclear weapons. 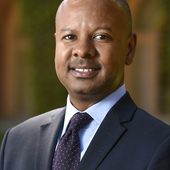 As the world focuses on North Korea’s nuclear weapons, this seems like a good time to ask: Is the U.S. doing anything to limit the size of its own nuclear arsenal?

The United States is one of five recognized nuclear weapons states – including Russia, China, France and the United Kingdom – under the 1970 [nuclear Nonproliferation Treaty][https://www.un.org/disarmament/wmd/nuclear/npt/]. The treaty permits these states to possess nuclear weapons. Other countries signed on as non-nuclear weapons states, pledging not to pursue nuclear weapons in exchange for access to peaceful civilian nuclear technology like power reactors.

This was not meant to be permanent a state of affairs. An article of the treaty calls on all nuclear weapons states “to pursue negotiations in good faith on effective measures relating to cessation of the nuclear arms race at an early date and to nuclear disarmament.”

To this end, President Barack Obama pledged to decrease the role of nuclear weapons in U.S. national security strategy, committing to “seek the peace and security of a world without nuclear weapons.”

Obama was the first president to talk about steps to disarmament this way.

By contrast, in December 2016, President-elect Trump tweeted that the U.S. need to “greatly strengthen and expand its nuclear capability until such time as the world comes to its senses regarding nukes.”

In 2018, the Department of Defense released a review of the role of nuclear weapons in U.S. defense strategy, known as the Nuclear Posture Review. It recommends the U.S. add to its arsenal a new low-yield submarine-launched ballistic missile and a new nuclear sea-launched cruise missile.

The recommendation struck many observers as a pivot from the Obama administration’s policies toward an increased role for nuclear weapons. They view it as the beginning of a new arms race. Others see it as necessary to maintain a credible nuclear deterrent and consistent with past administrations’ nuclear policies.

The Obama administration had also come to the conclusion that even if disarmament was an ultimate if distant goal, many of the components U.S. nuclear arsenal still needed to be maintained and updated. The Congressional Budget Office estimated that modernizing current U.S. nuclear forces would cost US$1.2 trillion over the next 20 years.

US arsenal over time

The New START Treaty, signed between the U.S. and Russia in 2010, was another bilateral agreement to reduce the number of strategic nuclear weapons and cap the number of deployed nuclear warheads at 1,550. That may sound like a lot, but at the height of the Cold War, the U.S. arsenal contained more than 30,000 nuclear weapons.

The New START Treaty only places a cap on deployed nuclear warheads, meaning weapons that are on delivery vehicles like ICBMs and ready to use, versus, say, warheads in storage. The stockpile, which is the total number of nuclear weapons both deployed and non-deployed, is much larger. The Obama administration first declassified the number in 2010. The number then was 5,113.

At the height of the Cold War, the U.S. arsenal contained more than 30,000 nuclear weapons. Since then, the stockpile has significantly decreased.

The New START Treaty also places limits on the number of vehicles used to deliver nuclear warheads that the United States and Russia can deploy. The United States maintains a so-called nuclear triad: nuclear weapons deployed on ground-based intercontinental ballistic missiles (ICBMs), submarine launched ballistic missiles (SLBMs), and heavy bombers like the B-2 aircraft. Since it would be difficult for an adversary to knock out all three methods of delivery, this strategy allows at least one leg of the triad to respond in the event of a devastating nuclear attack.

The U.S. nuclear arsenal today is the smallest it has been since the early days of the Cold War. Whether this makes the world safer is still a subject of intense debate.

Optimists see any reduction in the size of arsenals as a positive. Pessimists see the continued reliance on nuclear deterrence, whatever the size of states’ arsenals, as inherently dangerous. While most nuclear armed states agree that nuclear weapons are only for deterrence and thus likely never to be used in war, their devastating power will always provoke fierce debate on their utility.