All rhetorical techniques are designed to enhance one of the three pillars of communication: ethos, logos and pathos. Benson Kua

We all use rhetorical structures. But, unless we’re skilled in their use, as politicians and advertisers clearly are, we don’t necessarily grasp their full manipulative power. 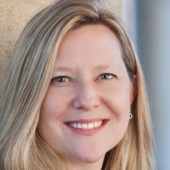 We all use rhetorical structures – or rhetorical figures to give them their proper name. But, unless we’re skilled in their use, as politicians and advertisers clearly are, we don’t necessarily employ them consciously, with a full understanding of their power.

I would argue there’s value in knowing how messages are being communicated to us, their particular manipulative power, and the reasons we respond – or make others respond – when rhetoric is expertly harnessed.

The following, I hope, will go some way to introducing some key terms.

The internet meme “I can’t even …” with its wonderful ellipsis, is remarkably ubiquitous. It lives on T-shirts, tumblr, in online videos. It’s also a mainstay at awards shows, as gushing actors indicate their astonishment at winning awards with a gasping, “I can’t even…”.

Can you even? This guy cannot.

The more declarative form – I. Can’t. Even. – uses emphatic punctuation to further the effect.

Sociologists, linguists, and cultural theorists can tell us a lot about how and why this meme has replicated with fecundity. But I am more interested in its rhetorical nature.

Rhetorical devices, or figures, are designed to make speech more useful. They can make arguments more persuasive, more memorable or more interesting – but classically they were also used for inventing arguments.

A figure of omission

“I can’t even …” is a rhetorical figure of omission; the ellipsis stops the speaker and his or her audience in their tracks by omitting the object of the sentence.

It is up to the audience to discern by context what the omission is, through an informal logical process that Aristotle called the enthymeme.

Enthymeme is a process that is open to ironic interpretation or satirical excess, but can still gesture at something meaningful – an academy award? A text from a potential lover? An outrage? For a moment of aporia (a moment of real or pretended doubt or uncertainty), it indicates the unsayable.

The old-fashioned sounding names of rhetorical terms (mostly Greek in origin but sometimes Latin too) that help me make sense of delightful, maddening, funny, irritating, or memorable turns of phrase, are themselves delightful to say. Consider zeugma, enantiosis, or for the strong at heart, dirimens copulatio.

But what do these refer to? Let’s have a closer look.

Zeugma is a tricky little figure, again based on omission, where a verb in one clause can be used to govern the action in another, as in:

Just as your friend bought you a smoothie from the tuckshop, so too, you her.

The idea is that the “bought” from the first clause will help the listener or reader fill “buy” in the second. Or at least that is what I tried rhetorically with my daughter this morning before school.

Miss Bolo […] went straight home, in a flood of tears and a sedan-chair.

Mr. Pickwick took his hat and his leave.

She looked at the object with suspicion and a magnifying glass.

Enantiosis is a name for using contrasting descriptions in an artful way to produce a sense of paradox, as in:

I could neither continue to watch nor turn away.

As with most rhetorical techniques, enantiosis is used to great effect in the Bible:

Therewith bless we God, even the Father; and therewith curse we men, which are made after the similitude of God. Out of the same mouth proceedeth blessing and cursing. My brethren, these things ought not so to be. Doth a fountain send forth at the same place sweet water and bitter?

Enantiosis, incidentally, is also a mainstay of traditional Australian humour. If you’ve ever met a redhead named “Bluey” or a towering giant called “Tiny”, you can thank enantiosis.

We’ve all been subjected to the phrase:

This essential infomercial catch-phrase is the prime example of dirimens copulatio, which is, sadly, less racy than it sounds.

It’s actually an ancient rhetorical technique – Cicero was using it several millenia before Billy Mays – a figure that balances potentially contrasting statements to amplify an argument.

Dirimens copulatio is used, persuasively, to make the speaker seem more reasonable, layering the points being made during speech or writing, such as in the following construction:

Not only is it fair to repay your friend with a smoothie, but also friendship requires small acts of kindness.

(I didn’t try this one with my daughter, but will file it for future use. It’s always good to have an ethos-builder on hand.)

It’s worth noting here that all rhetorical techniques are designed to enhance one of the three pillars of communication: ethos, logos and pathos. 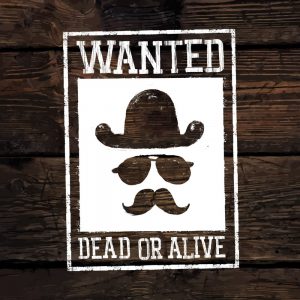 To get your point across in four words or less, use a parallelism. Shutterstock

These are less catchy in English, but simply mean credibility, logical argument and emotional appeal.

Parallelism, where line after line of prose has the same grammatical or phonic structure, does a lot to make your argument more memorable. Rap is genius at this – just look at Jay Z’s U Don’t Know:

I sell ice in the winter, I sell fire in hell, I’m a hustla baby, I’ll sell water to a well.

Parallelism, as well as alliteration (beginning words with the same letter) and chiasmus (reversing the grammatical structure of two or more clauses) are not for the cognitively lazy.

Effortlessly tossing out a line like “ask not what your country can do for you …” can make a speaker or writer appear quite clever.

Don’t know what to say? Try drawing a contrast (antithesis). Or, explore the relationships among concepts (diaeresis, synechdoche, metonymy). Generations of essays have been built by nothing less than these strategies of invention.

Rhetorical figures embellish and improve style, but they also help with the invention of ideas and arguments. They are both memorable and improve the memory of the speaker.

They can help organise what is being said. And finally, they assist oral and written delivery by providing emphasis.

Do you need to know the names of these techniques to use them? Of course not. Is there pleasure in knowing them? I’d argue there is enormous pleasure in listening to the rhetorical moves of others and silently naming their strategies.

And, of course, they come in useful when you feel tongue-tied or need to make a point in a particularly artful way.

And if you want true astonishment, check out the hundreds of figures at silva rhetoricae – an online “forest of rhetoric” – it is so beautiful, I can’t even …