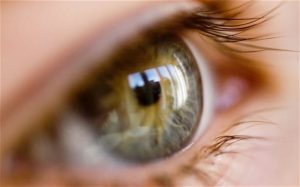 Blindness is used to describe a wide range of visual impairments, though people often assume the blind experience complete darkness. Blind people perceive the world by using other senses, and even master the technique of echolocation for sight.

In Life Noggin’s latest video, “How Do The Blind Perceive The World?” host Pat Graziosi explains that we need to be aware of the different levels of blindness in order to understand how blind people see the world.

Legal blindness refers to a person’s vision being 20/200 or less, with normal vision being 20/20. A 20/200 vision means we would need to stand 20 feet away from an object to see it as clearly as a person with 20/20 vision could see it from 200 feet. People can also experience partial vision loss, where cloudy or fuzzy images result from conditions like cataracts, or they can lose central vision but maintain normal peripheral vision, like with macular degeneration. Meanwhile, total blindness refers to the complete inability to see anything with either eye.

So, what does this mean for their perception of the world?

It can be difficult to know what another person experiences, but there are different perceptions that have been reported by those with total blindness.

For example, a person who was blind from an early age viewed the world as black and white. Other people have reported seeing a bright and colorful landscape of ever-changing light. This view was reported among some people who went blind later in life, and still remember what it’s like to experience sight.

A lack of sight is believed to increase other senses, like taste, smell, hearing, and touch. A popular belief is people without sight have a stronger sense of smell, but previous research suggests otherwise. A German study found no measurable difference between the sense of smell of blind participants and those with sight. However, a lack of sight does lead to a better sense of touch. Blindness from birth has shown to lead to faster and more sensitive tactile abilities.

Several blind people have admitted to mastering the art of echolocation to “see” in their own way. Typically, echolocation is used in reference to animals like bats and dolphins, where echoes and sound waves are used to determine the location of objects. This technique can give people information regarding size, shape, and even texture of objects. Moreover, researchers recently discovered when processing echoes, the brain uses regions typically devoted to vision.

Zero sight doesn’t mean the blind can’t react to light. The human brain can detect light through photoreceptors in the ganglion cell layer of the retina, which is different from the rods and cones we use to see. A recent study was done where participants with total blindness were able to correctly determine when a blue light was on or off. They were also shown to be more attentive in response to flashing lights.

Read More: Cure For Blindness Is In Sight: Treating Genetic Mutation FEVR Before Babies Are Born

This validates the theory that light stimulates brain activity and helps people perform on cognitive tasks, whether a person is blind or not.

The blind are able to hone in their other abilities to help perceive the world around them in their own way.