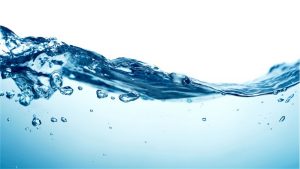 Rachel Warwick suffers from aquagenic urticaria, an immune reaction to contact with water. According to the BBC, it “is like being stung by a bush of particularly pernicious nettles, combined with the malaise of hay fever, every single day.” From the BBC:

It’s a world where relaxing baths are the stuff of nightmares and snorkelling in tropical seas is as appealing as rubbing yourself with bleach. “Those things are my idea of hell,” she says.

Any contact with water whatsoever – even her own sweat – leaves Rachel with a painful, swollen and intensely itchy rash which can last for several hours. “The reaction makes me feel as if I’ve run a marathon. I feel really tired afterwards so I have to go and sit down for quite a while,” she says. “It’s horrible, but if I cry my face swells up”…

Right from the beginning, aquagenic urticaria was as baffling to scientists as it is to the rest of us. Technically, the condition isn’t actually an allergy at all, since it’s likely caused by an immune reaction to something within the body, rather than an over-reaction to something foreign, such as pollen or peanuts. The earliest theory to explain how it works is that water is interacting with the outermost layer of skin, which consists mostly of dead skin cells, or the oily substance which keeps skin moist. Contact with water may cause these components to release toxic compounds, which in turn leads to an immune reaction.

Others have suggested that water may simply dissolve chemicals in the layer of dead skin, allowing them to penetrate deeper where they can cause an immune reaction.

Indeed, treating the skin with chemical solvents – which allow more water into this layer – before exposure makes the reaction worse. But when the upper layer of skin is removed completely, the reaction goes ahead as normal.

Perhaps the most left-field idea is that it’s caused by pressure changes, which accidentally set off the immune alarm as water leaves the skin by osmosis.