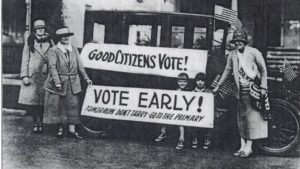 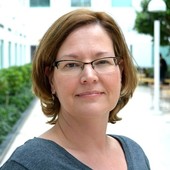 The first year of Donald Trump’s presidency has inspired a fresh wave of women’s movements.

Both one day and one year after his inauguration, millions of people across the globe participated in the first and second women’s marches, demonstrating support for causes such as equal pay, safe workplaces and campuses, reproductive rights and a stronger social safety net.

It’s no wonder “feminism” became Merriam-Webster’s word of the year for 2017. After women and girls who had been sexually harassed and assaulted found their voices and proclaimed, #MeToo, dozens of powerful male abusers saw their careers collapse. Bill O’Reilly and Harvey Weinstein are ruined. Former sports doctor Larry Nassar will spend the rest of his life behind bars. An all-time high of 106 women are serving in Congress, and a record number are running to join them.

This surge in activism stands out, but it also echoes the efforts of women nearly a century ago after the 19th Amendment was ratified and women gained full suffrage rights. For today’s women’s marchers and online activists to succeed where their foremothers did not, they must translate public enthusiasm into smart electoral politics.

here is my entire “A Story Like Mine” poem from today’s #WomensMarch2018 in NYC tw: rape / assault. Thank you. pic.twitter.com/l3fji73woM

As I explained in my book, “The Big Vote,” the League of Women Voters invented the nonpartisan get-out-the-vote strategy in the early 1920s by organizing advertising and educational efforts to encourage citizens to become more active and informed voters.

The league, a nonpartisan organization of women concerned about government corruption, child labor and an array of social issues, attracted many former suffragists who were determined to see women use their new right to vote.

Today’s female activists have embraced a three-pronged strategy pioneered by their foremothers that stresses modern communications, office-seeking and voter turnout.

Today’s organizers are savvy Twitter, Facebook and Instagram users. A century ago, female activists excelled at using the latest communications technologies of their day – radio broadcasts, telephones and glossy magazines.

In 1928, for example, the league partnered with the fledgling NBC radio network to bring its “Citizenship School of the Air” to 15 million listeners. At a time when callers couldn’t dial direct, telephone operators – an overwhelmingly female labor force – reminded election-day callers in 1924 to be sure to vote. Articles and ads in women’s magazines such as the Ladies’ Home Journal nudged millions of its female readers to take advantage of their newfound right to vote.

In the 1920s, women began to run for school boards, local treasurer and clerk positions, state legislatures and even for Congress. Most lost but a few won, including Emma J. Harvat, Iowa City’s first female mayor, and Soledad Chacon, New Mexico’s first female secretary of state. Today, increasing numbers of women are interested in running for office. So far, nearly 400 have filed or are expected to soon seek House seats, and 50 are beginning or getting ready to launch Senate bids, according to Rutgers University’s Center for American Women and Politics.

The 2018 Women’s March launched a voter registration drive its organizers are calling #PowertothePolls. It echoes efforts of a century ago, when the league enlisted the aid of some 3,000 other civic, religious, business, media and community organizations in get-out-the-vote campaigns. Together, they worked to inform both women and men about the importance of casting their ballots.

Then, like now, female activists realized that voting matters.

Thank you to everyone who joined us this weekend. To all #WomensMarch2018 participants: the work bringing our #PowerToThePolls is only beginning. Help us reach our goal of getting 1 million people to register to vote in 2018: text P2P to RTVOTE (788-683) to register today! 📷: @tko.creative

In the 1920s, the league and its allies put all their efforts to activate voters and improve society into publicity campaigns and civic education. They reached out by publishing full-page magazine ads, distributing thousands of red-white-and-blue stickers for businesses to paste onto outgoing mail and airdropping fliers over big cities like Atlanta, all to remind citizens to get out and vote. They ran 1,400 workshops that taught thousands of men and women about the structures of government and current events.

But they fell short of achieving most of the reforms they sought because they failed to move the needle on voter turnout. In 1924, when the get-out-the-vote campaigns first got underway, overall voter turnout actually fell a fraction of a point below the 49.1 percent turnout of 1920.

Worst of all, women were only two-thirds as likely to vote as men that year. Eventually, that dynamic changed. Eligible female voters have been more apt to cast ballots in every general election in a presidential year since 1980. In 2016, for example, 63.3 percent of the American women who could vote did, compared to 59.3 percent of eligible men.

Based on two decades of research on U.S. history and women’s politics, I believe that today’s female activists can succeed where their foremothers failed.

That is because geography determines who gets to vote for a given candidate. Votes are tallied by precincts, making social media followers from far-flung locations less relevant than they may appear. To translate what looks like overwhelming public support for feminist causes into a winning streak in the 2018 midterm elections, activists must win what political professionals call the “ground game.”

That means organizers will have to identify their potential supporters, precinct by precinct, and register them to vote. They’ll need to communicate with identified supporters repeatedly about shared concerns through traditional and social media channels, direct mail and – above all – in person.

Once the polls open, they’ll need to monitor and constantly update their lists of who has voted and who has not. Before the polls close, they’ll have to contact known supporters who have not yet cast ballots and urge them to vote.

Sloganeering among Facebook friends is inspiring, but leveraging personal relationships with old-fashioned “shoe-leather” campaigns is still the best way to turn enthusiasts into voters. If today’s women’s marchers and online activists can master the ground game, they can build on the legacy of their foremothers and rewrite history again.