A CDC scientist measures the amount of H7N9 avian flu virus grown in a lab. James Gathany/CDC/Handout via REUTERS 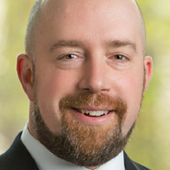 The flu is wreaking havoc globally this year. Influenza infections are on the rise, with the Centers for Disease Control and Prevention predicting that this year’s strain will cause the highest rate of hospitalizations and deaths in a decade.

This year also marks the 100th anniversary of the 1918 influenza pandemic. This pandemic was the worst flu outbreak in history, killing tens of millions of people around the world.

As an expert in public health law, I can state two things with confidence. First, the U.S. has made enormous strides in preparing for and treating the flu. And second, we still are not nearly as prepared as we need to be for the next pandemic.

The 1918 influenza strain was unusually deadly because humans had not been exposed widely to the H1N1 strain of the virus. It overwhelmed our naive immune systems. What’s more, influenza vaccines and other modern medical treatments had not yet been developed and infection control strategies were poorly understood. The spread of the disease was also fueled by troop movements connected with World War I.

Since 1918, flu outbreaks have fluctuated in size, but overall become less severe. Scientific advances have made influenza more preventable and treatable. Public health officials now know better how to contain influenza outbreaks and minimize their harm.

Nevertheless, the flu remains a persistent global scourge. Each year, the disease kills an estimated 12,000 to 56,000 people in the U.S. and 291,000 to 646,000 people worldwide. The influenza virus mutates rapidly and infects other animals in addition to humans, which allows new viral combinations to emerge and challenge our immune systems.

If the world were to face a new strain of flu similar in novelty and virulence to the 1918 virus, our capacity to prevent a pandemic would still fall short because we have not made sufficient progress in science, infrastructure or implementation of preparedness plans.

So how can the U.S. improve its ability to stop a new flu pandemic, as well as to reduce the annual impact of influenza infections?

First, researchers need to improve the flu vaccine. Most flu vaccine production currently relies on antiquated technology that requires experts to predict the most likely strains early each flu season. Manufacturers must grow the vaccine in chicken eggs, a process that takes weeks and limits the ability to make adjustments to the vaccine during the flu season.

Efforts are underway to develop new technologies, including a universal flu vaccine that could protect against multiple strains of influenza A, including novel strains, and last for several years.

But the federal government has only allocated US$75 million this year toward flu vaccine research. This is not nearly enough. Ideally, there would be four or five times more federal money available for this research. 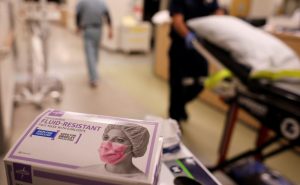 A box of masks at an emergency room in Escondido, California. Mike Blake/Reuters

Right now, the World Health Organization collects data on flu outbreaks from multiple sources in 114 countries. But much of the data – and the funding – for global surveillance comes from the U.S. and other wealthy countries.

This is not sufficient to detect a pandemic strain quickly enough. New strains are most likely to emerge in developing countries with dense populations and more frequent human-animal contact. In an increasingly interconnected world, emerging infections can spread rapidly through travel and trade, as with the 2009 swine flu outbreak.

Developing countries have the least resources for surveillance and treatment. They also face disproportionately high rates of flu deaths and infections. People in these countries will likely bear the brunt of a pandemic, which will be able to spread quickly in crowded megacities with inadequate public health services and limited capacity to track infections.

If the surveillance system were expanded to include more humans and animals in less wealthy countries, it would allow officials to detect outbreaks earlier and better track an infection as it spreads.

The CDC has led efforts to coordinate global surveillance. But the Trump administration hopes to slash funding for the CDC, as well as global health programs. If cuts are enacted, it would imperil these efforts.

3. Make sure everyone is prepared

Finally, government officials and other members of the health community need to pay more attention to plans for public health emergency preparedness.

On a federal and state level, many officials have prepared for a sudden upsurge in flu-related illness by conducting training exercises for health care workers and stockpiling resources, such as Tamiflu and IV bags.

But these efforts vary wildly across the country. Laws in some states have streamlined the process to expand the health care workforce, implement measures to keep people apart during outbreaks, or enact other strategies that may help reduce the spread of influenza and lessen the impact of a severe outbreak.

However, many plans remain incomplete. Funding tends to go up after notable disasters and then dissipate when these events recede from memory. Plus, many of the resources available for public health emergencies depend on the discretion of executive officials. The recent reported difficulties of securing federal recovery resources for Puerto Rico after Hurricane Maria demonstrate that this is a real concern.

Despite progress over the past century, the world remains unprepared for an influenza pandemic. But, with a higher level of commitment and attention, we can greatly improve our pandemic response systems and save lives.