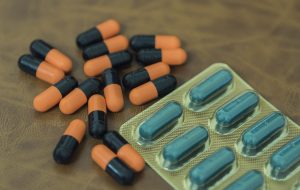 By John Gums, Pharm.D., FCCP
Associate Dean for Clinical Affairs and Professor of Pharmacy and Medicine
University of Florida

May’s announcement that a strain of bacteria with genes conferring resistance to colistin, our antibiotic of last resort, was identified in the United States, is just the latest report highlighting the growing threat of antibiotic resistance.

As a clinical pharmacist who has studied antimicrobial resistance and developed intervention programs to reverse the trend, I know firsthand how challenging this problem is to solve.

I believe there are two reasons inappropriate prescribing is so hard to curb. First, there is a philosophical disconnect between the data about antibiotic resistance and what drives prescriber behavior. The second is that physicians may bend to patient demand for antibiotics, even if the physician knows it won’t help or isn’t really needed.

Physicians: Does your hospital have a resistance problem?

Typically, antibiotic resistance data is captured at the population level. Reports about resistance look at what is going on in countries, states or regions. But antibiotics are prescribed by individual physicians to individual patients. So looking at population-level data makes it easy to deny that it’s a problem in your clinic or hospital, and that your behavior is contributing to it.

That means one of the solutions to curbing antibiotic resistance is to personalize the problem for doctors to get them to change their prescribing habits. And, at least in hospitals, this approach has been shown to work.

In the 1990s, I led a group at the University of Florida College of Pharmacy that established the Antimicrobial Resistance Management (ARM) Program. ARM worked with over 400 hospitals nationwide and in Puerto Rico. We sent customized reports to hospitals that included their antibiotic use over at least the past three years, which was compared to resistance levels for several types of bacteria that commonly cause infections. That meant we could determine if there was any statistically significant relationship between antibiotic prescribing habits and resistance at the hospital level.

Because the data was institution-specific, providers couldn’t deny that their hospital had a resistance program, and that they may be contributing to it.

What does that mean in practice? ARM examined the relationship between imipenem, a broad spectrum antibiotic, and Pseudomonas, a bacteria that often causes healthcare-acquired infections, at a particular medical center. The program found that if the medical center did not change their prescriber behavior for this antibiotic, resistance would rise one percent for every 30 average daily doses in adults.

This tells prescribers much more about the chance that a key antibiotic will become less effective against a common infection than general population-level data would. Knowing this, hospital staff and individual providers might think carefully about when to prescribe antibiotics, and to prescribe the right dose, the right frequency of dose and the right duration if and when they do.

Those behavior changes have a big effect. For example, at the same medical center, these reports helped to change prescribing habits for ciprofloxacin, a widely used antibiotic that you may know as Cipro, to the point that it became 26-76 percent more effective at treating infections caused by certain organisms, especially those associated with hospital-acquired infections. 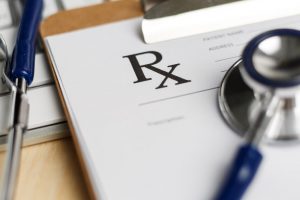 Patients get prescriptions for illness that don’t require them. Prescription pad image via www.shutterstock.com.

So there’s a way to get physicians in hospitals to think about how they prescribe antibiotics. But most antibiotics are prescribed in outpatient clinics.

In fact, a recent sample of outpatient visits in the United States revealed that there were about 506 antibiotic prescriptions per 1,000 people in the U.S. Of these, about 69.7 were deemed appropriate. The rest weren’t, and were often prescribed for diseases include bronchitis, sinusitis, ear infections and sore throats, which will often go away on their own. And many of these diseases are often caused by viruses, which won’t respond to antibiotics.

So to really combat inappropriate prescribing, we also need to reach physicians in outpatient clinics. Targeted data could help here. But the problem is that the systems that monitor antibiotic resistance and prescribing rates do not collect quality data on outpatient clinics. Even if they did, there is no standardized mechanism to deliver that information back to the community-based provider.

Beyond that, we also need to reach their patients. Part of the reason physicians prescribe antibiotics is that they bend to the expectations of their patients.

If a patient with a chest cold decides to see his provider, the patient most likely took off work, spent time in a waiting room, then more time waiting in the exam room until the provider finally came in to spend a few minutes of face-to-face time with him. The last thing the patient wants to hear is that he should get some rest, drink plenty of fluids and take Tylenol. He feels as if he made an investment, and for his investment, he wants a return. Hence a prescription, often for an antibiotic. Providers know this and realize that patients will leave sooner and happier if the provider gives patients what they want.

The increased demand for a select group of antibiotics speeds up the development of resistance against those drugs and cuts down on the time before they become useless.

While physicians should avoid prescribing antibiotics to patients unless they are truly necessary, patients must also accept the fact that not all infections require an antibiotic.

Patients have to take responsibility for the retention of antibiotic efficacy for future generations. They should share with their provider that they want to partner with him or her toward a more responsible level of infectious disease care.

There are solutions, but to realize them, we need to stop discussing antibiotic resistance as an abstract, population-level problem and drive the solutions down to where the problem started, the patient-provider relationship.