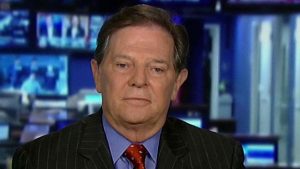 Former House Majority Leader Tom DeLay sat down with the right-wing conspiracy theory website WorldNetDaily last week to promote his latest book, “Revival! Revolution! Rebirth!,” and praise God for having given the Religious Right a “clean slate” to reshape America via Donald Trump.

“Now that Trump is elected, I’m very excited about it because I see now what God is doing,” DeLay said. “First of all, He stopped the left in its tracks and He stopped Hillary Clinton and put a man in place that was a strong leader, which the country was begging for.”