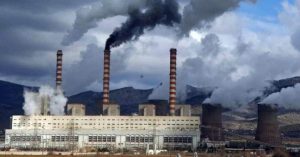 “Over half of all existing coal-fired power plants aren’t making enough money to remain operational without market controls.” (Photo: via Friends of the Earth)

The worst Trump can do won’t be enough to save the coal industry as it belches its last black, dying gasps. 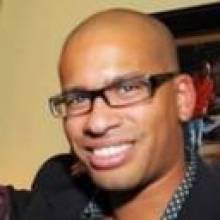 Environmentalists and other people who care about the air we breathe and the water we drink have sounded the alarm over President Donald Trump’s just-announced plan to roll back Obama-era regulations on coal-fired power plant emissions. And with good reason — the administration’s own internal analysis concluded the move could kill and sicken many Americans. Yet despite this, the latest blow in Trump’s relentless assault on our environment, there is reason for hope, for no amount of regulatory rollback or government support can save coal power from its inevitable final resting place on the ash heap of history.

First, the alarm. According to the Trump administration, the new proposal, called the “Affordable Clean Energy rule,” could lead to as many as 1,400 annual premature deaths by 2030 from an increase in particulate matter linked to heart and lung disease. We can expect up to 15,000 new cases of upper respiratory illness each year, as well as tens of thousands of missed school days for children who breathe the toxic particles. The plan is projected to release at least 12 times as much carbon dioxide into the atmosphere as under Barack Obama’s Clean Power Plan (CPP).

Coal-fired power plants are one of the nation’s biggest climate pollution sources. They’re also a leading source of mercury, arsenic, lead and soot pollution, and toxic coal ash wreaks havoc upon American’s waterways. But there are still huge profits to be reaped from sowing environmental destruction, and coal executives pay to play at every level of government. Robert E. Murray, CEO of Murray Energy, donated $300,000 to President Trump’s inauguration fund. Shortly after Trump’s swearing-in, Murray infamously handed the president a “wish list” of environmental deregulation that became the template from which disgraced former Environmental Protection Agency administrator Scott Pruitt and his replacement, the former coal industry lobbyist Andrew Wheeler, have worked to thwart meaningful climate action.

This is all indeed very bad news for anyone who cares about the planet we share. Surely all informed observers recoil at an administration staffed full of climate change skeptics and deniers, and at a president who just called the United States “the cleanest country in [sic] the planet.”

But there is good news. The US can meet or even beat the near-term carbon dioxide emission reductions required by the Paris climate agreement even if it scraps the CPP. CPP would have led to a 32 percent reduction in CO2 emissions from fossil fuel power plants by 2030. Yet even without it, market forces and environmental activism have resulted in a nearly 30 percent reduction in emissions between 2005 and 2017, with current emissions levels already at CPP’s 2025 target.

Furthermore, over half of all existing coal-fired power plants aren’t making enough money to remain operational without market controls. Last year, 27 coal plants with 22 gigawatts of capacity shut down. To put that in perspective, that’s around 10 million homes that will be powered by something other than coal. That number would likely be even higher were it not for intervention by the very same officials who regularly profess their love of free markets. Despite life-support efforts, a coal plant closes every 16 days under Trump, the same closure rate as during Obama’s presidency.

As coal-fired plants rapidly go the way of the dodo, they are increasingly replaced with clean energy alternatives including wind and solar. In all of the United States, there is only one coal facility currently under construction, a tiny plant being built by the University of Alaska in Fairbanks. Coal isn’t coming back, and coal industry executives know it.

The decision to ditch coal, which can’t compete with wind and solar absent government intervention, is being made at the state and local level by officials who are increasingly aware of the potentially existential threat posed by anthropogenic climate change. Successful grassroots organizing by groups like the Sierra Club and its Beyond Coal movement has been a constant thorn in the fossil fuel industry’s side, as have court challenges and lengthy public comment periods.

While there is indeed so much to sound the alarm over given the Trump administration’s very open war on our environment, all the president’s public promises and proclamations about saving  the coal industry are little more than just more “alternative facts.” And while we should always condemn policies and actions that sacrifice lives upon the altar of corporate profits, we can all breathe a little easier knowing that the worst Trump can do won’t be enough to save the coal industry as it belches its last black, dying gasps.