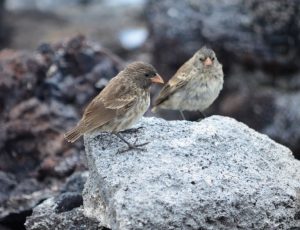 More than 150 years have passed since Darwin and Wallace discovered the principles of natural selection and mused on how they might lead to new species. In the meantime, researchers have discovered that species can evolve quite rapidly, most spectacularly so in adaptive radiations such as the Galapagos finches or the East African cichlid fish where, in an evolutionary blink of an eye, many new species split from a single progenitor species. In the past decade, and thanks to next-generation sequencing technologies, it has become possible to empirically study the genomic architecture of the speciation process. In the February issue of PLOS Genetics, we explore ecological speciation – how genomes begin to diverge at a very early stage of speciation driven by natural selection [1]. 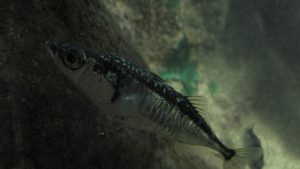 Located between Switzerland, Germany and Austria, Lake Constance is a large and deep lake that harbors huge numbers of threespine stickleback – a small fish of little commercial value. Around 150 years ago, when stickleback were introduced into the lake catchment, they were mainly used as aquarium fish due to the beautiful nuptial colors of males (see issue image). Since then, stickleback have not only successfully colonized the lake, but also many surrounding rivers, and they have rapidly adapted to both environments. In our study, we investigated how their genomes have diverged during this process, and whether genomic differences persist when lake- and stream-adapted stickleback breed in each other’s presence. The coexistence of phenotypically different populations that reproduce at the same time at the same place is a key step in speciation. This phenomenon is known as ‘sympatry’ and occurs despite the opportunity for gene exchange. 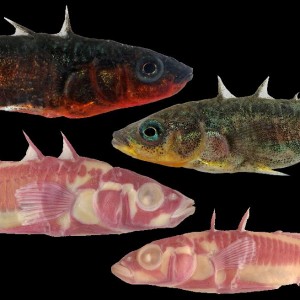 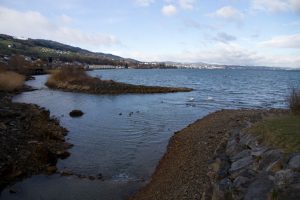 Most genomic islands are found in regions of the genome with somewhat reduced recombination: they cluster in the center of the large chromosome VII and in a region on chromosome I where an inversion was recently confirmed [2, 3] in populations closely related to those in our study (inversions can suppress recombination). This association between low recombination and high differentiation is especially prevalent where the two ecotypes breed next to each other. This is in line with theoretical predictions that speciation can be facilitated by reduced recombination, because gene flow and high recombination would otherwise break up combinations of genes involved in adaptation and assortative mating. Our study thus highlights that ecotypes may coexist and breed in the same place even at very early stages of ecological speciation, if the architecture and organization of the genome facilitates the maintenance of adaptive allele complexes. This mechanism may have allowed the successful colonization of the lake habitat in the case of Lake Constance. Additional studies on young ecotypes in different animal and plant groups that breed in sympatry will shed further light on what a species or its genome requires to quickly adapt and split into new species.