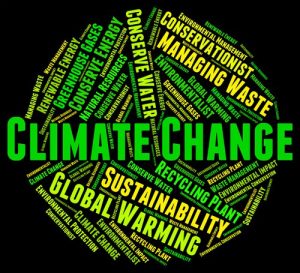 For people living on the thousands of islands that dot the seas, climate change isn’t just a threat. Sea level rise is already eating their land from the coast lines inward, and in some cases threatening to sink them entirely. But new research suggests that by mid-century, 73 percent of all islands may have drinking water shortages to contend with too. That means 18 million people might not have enough freshwater to drink. And that not-so-small detail is not currently included in our global climate models.

For example, the tiny island of Nauru in the North Pacific has no drinkable groundwater nor any rivers or streams to provide safe drinking water. Changes in rainfall and increased evaporation due to a warming climate make it particularly vulnerable to drought, and more than half of Nauruans report worrying about their near-future water supply.

But the scale of global climate models means that a lot of granular information like the potential for climate change to come down hard on a small speck of land like Nauru simply gets left out. It’s akin to when the pixels in a digital image are too big to capture small details, like freckles on a person’s nose, explains Kris Karnauskas, an oceans and climate scientist at the University of Colorado Boulder. In fact, in the United Nation’s Intergovernmental Panel on Climate Change’s Fifth Assessment Report, maps showing changes in groundwater leave the oceans almost completely blank—the climate models do not get to resolution high enough to capture the tiniest islands. So these islands and their populations are “computationally disenfranchised,” in their exclusion from global data, Karnauskas said in a statement.

Karnauskas is the lead author on a paper published in the journal Nature Climate Change on Monday that looked at this massive information gap, and estimated that 73 percent of the world’s islands, representing about 18 million people, are threatened with climate-induced drought and aridity in the near-term, and impact that isn’t accounted for in climate models. That’s up by large margin from the previous 50 percent estimate, which only looked at how changes in rainfall would affect freshwater supply; Karnauskas’s model also included how much evaporation would change under a warmed climate, which could accelerate the drying-out of the majority of islands by 2050.

Water-quality issues already plague some islands, and a heavy reliance on rainwater makes them vulnerable to any increased pressure on their freshwater systems. Karnauskas hopes his team’s improved method of modeling could help these communities better prepare for the future. “There’s an opportunity to get important information out there,” Karnauskas says.