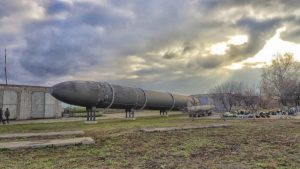 The White House appears to have a broader strategy to unwind over 50 years of agreements to control and limit nuclear weapons. 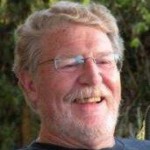 The decision by the Trump administration to withdraw from the Intermediate Nuclear Force Agreement (INF) appears to be part of a broader strategy aimed at unwinding over 50 years of agreements to control and limit nuclear weapons, returning to an era characterized by the unbridled development weapons of mass destruction.

Terminating the INF treaty — which bans land-based cruise and ballistic missiles with a range of between 300 and 3,400 miles — is not, in and of itself, a fatal blow to the network of treaties and agreements dating back to the 1963 treaty that ended atmospheric testing of nuclear weapons.

But coupled with other actions — George W. Bush’s decision to withdraw from the Anti-Ballistic Missile Treaty (ABM) in 2002 and the Obama administration’s program to upgrade the nuclear weapons infrastructure — the tapestry of agreements that has, at least in part, limited these terrifying creations, is looking increasingly frayed.

“Leaving the INF,” says Sergey Rogov of the Institute of U.S. and Canadian Studies, “could bring the whole structure of arms control crashing down.”

Lynn Rusten, the former senior director for arms control in the National Security Agency Council warns, “This is opening the door to an all-out arms race.”

Washington’s rationale for exiting the INF Treaty is that the Russians deployed the 9M729 cruise missile, which the U.S. claims violates the agreement, although Moscow denies it and the evidence hasn’t been made public. Russia countercharges that the U.S. ABM system — Aegis Ashore — deployed in Romania and planned for Poland could be used to launch similar medium range missiles.

If this were a disagreement over weapon capability, inspections would settle the matter. But the White House—in particular National Security Adviser John Bolton — is less concerned with inspections than extracting the U.S. from agreements that in any way restrain the use of American power, be it military or economic.

Thus, Trump dumped the Iran nuclear agreement, not because Iran is building nuclear weapons or violating the agreement in any way, but because the administration wants to use economic sanctions to pursue regime change in Tehran.

In some ways, the INF agreement is low hanging fruit. The 1987 treaty banned only land-based medium range missiles, not those launched by sea or air — where the Americans hold a strong edge — and it only covered the U.S. and Russia. Other nuclear-armed countries — particularly China, India, North Korea, Israel, and Pakistan — have deployed a number of medium range nuclear-armed missiles. One of the arguments Bolton makes for exiting the INF is that it would allow the U.S. to counter China’s medium range missiles.

But if the concern were controlling intermediate range missiles, the obvious path would be to expand the treaty to other nations and include air and sea launched weapons. Not that that would be easy. China has lots of intermediate range missiles, because most its potential antagonists, like Japan or U.S. bases in Asia, are within the range of such missiles. The same goes for Pakistan, India, and Israel.

Intermediate range weapons — sometimes called “theater” missiles — don’t threaten the U.S. mainland the way that similar U.S. missiles threaten China and Russia. Beijing and Moscow can be destroyed by long-range intercontinental missiles, but also by theater missiles launched from ships or aircraft. One of the reasons that Europeans are so opposed to withdrawing from the INF is that, in the advent of nuclear war, medium-range missiles on their soil will make them a target.

But supposed violations of the treaty aren’t why Bolton and the people around him oppose the agreement. Bolton called for withdrawing from the INF Treaty three years before the Obama administration charged the Russians with cheating.

Indeed, Bolton has opposed every effort to constrain nuclear weapons and has already announced that the Trump administration won’t extend the Strategic Arms Reduction Treaty (START) when it expires in 2021. START caps the number of U.S. and Russian deployed nuclear weapons at 1550, no small number.

The Bush administration’s withdrawal from the 1972 ABM treaty in 2002 was the first major blow to the treaty framework.

Anti-ballistic missiles are inherently destabilizing, because the easiest way to defeat such systems is to overwhelm them by expanding the number of launchers and warheads. Bolton — a longtime foe of the ABM agreement — recently bragged that dumping the treaty had no effect on arms control.

But the treaty’s demise has shelved START talks, and it was the ABM’s deployment in Eastern Europe — along with NATO’s expansion up to the Russian borders — that led to Moscow deploying the cruise missile now in dispute.

While Bolton and Trump are more aggressive about terminating agreements, it was the Obama administration’s decision to spend $1.6 trillion to upgrade and modernize U.S. nuclear weapons that now endangers one of the central pillars of the nuclear treaty framework, the 1996 Comprehensive Test Ban Treaty (CTBT).

That agreement ended the testing of nuclear weapons, slowing the development of new weapons, particularly miniaturization and warheads with minimal yields. The former would allow more warheads on each missile; the latter could increase the possibility of using nuclear weapons without setting off a full-scale nuclear exchange.

Nukes are tricky to design, so you don’t want to deploy one without testing it. The Americans have bypassed some of the obstacles created by the CTBT by using computers like the National Ignition Facility. The B-61 Mod 11 warhead, soon to be deployed in Europe, was originally a city killer, but labs at Livermore, California and Los Alamos and Sandia, New Mexico turned it into a bunker buster, capable of taking out command and control centers buried deep in the ground.

Nevertheless, the military and the nuclear establishment — ranging from companies such as Lockheed Martin and Honeywell International to university research centers — have long felt hindered by the CTBT. Add the Trump administration’s hostility to anything that constrains U.S. power and the CTBT may be next on the list.

Restarting nuclear testing will end any controls on weapons of mass destruction. And since Article VI of the Nuclear Non-Proliferation Treaty (NPT) requires nuclear-armed powers to eventually disarm their weapons of mass destruction, that agreement may go as well. In a very short time, countries like South Korea, Japan, and Saudi Arabia will join the nuclear club, with South Africa and Brazil in the wings. The latter two countries researched producing nuclear weapons in the 1980s, and South Africa actually tested one.

The demise of the INF agreement will edge the world closer to nuclear war. Since medium range missiles shorten the warning time for a nuclear attack from 30 minutes to 10 minutes or less, countries will keep their weapons on a hair trigger. “Use them or lose them” is the philosophy that impels the tactics of nuclear war.

In the past year, Russia and NATO held very large military exercises on one another’s borders. Russian, U.S., and Chinese fighter planes routinely play games of chicken. What happens when one of those “games” goes wrong?

The U.S. and the Soviet Union came within minutes of an accidental war on at least two occasions. And, with so many actors and so many weapons, it will be only a matter of time before some country interprets a radar image incorrectly and goes to DEFCON 1 — imminent nuclear war.

The INF Treaty came about because of strong opposition and huge demonstrations in Europe and the United States. That kind of pressure, coupled with a pledge by countries not to deploy such weapons, will be required again, lest the entire tapestry of agreements that kept the horror of nuclear war at bay vanish.

Originally published by Foreign Policy in Focus under the terms of a Creative Commons Attribution 3.0 United States license.