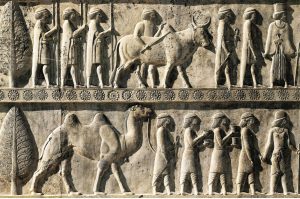 A great transformation in human life took place in ancient Mesopotamia with the rise of the city of Uruk. 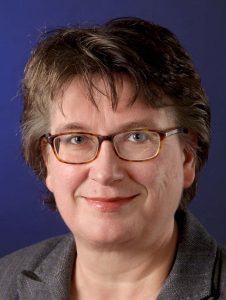 It began with agriculture. Before humanity learnt to cultivate the land, people lived as hunters and gatherers, often on the move. They had to follow their prey wherever it might lead them, and even when that prey was plentiful it still made sense that one group of hunters should not live in too great proximity to the next. Agriculture, on the other hand, called for the opposite. If farmers were properly to tend their crops, sowing and reaping by turns with the seasons, it would be a good idea to live permanently near them. Thus they needed settled habitation, probably in rather more durable structures than those to which they had been accustomed. 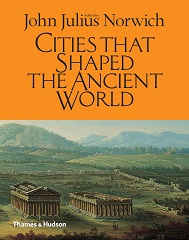 Here, then, was the birth of architecture. People built themselves houses in groups, close to the land they cultivated. Then, gradually, over the centuries, there came the urge to create larger and more ambitious structures: storerooms, for example, in which they could keep their agricultural produce to see them through the year; temples where they could sacrifice to their gods; palaces from which they could govern and be governed; baths where they could refresh themselves after their labours; and before long, unfortunately, walls for their defence. Demand for prestige goods would stimulate trade and exchange, given the proximity of the sea – or, better still, a great river. And so the village became the town, and the town, if especially favoured, became the city.

The vast majority of the first cities that shaped the ancient Near East – from Uruk and Ur, Babylon and Troy to Persepolis and Pergamum, Petra and Palmyra, and most others described here – now lie abandoned. One only remains a living community: Jerusalem. But Jerusalem is an exception to every rule. Apart from Solomon’s great temple – of which tragically little remains – the city in the days of antiquity contained no magnificent monuments; by far the greatest building now standing, the Dome of the Rock, dates from the very end of the 7th century AD. No matter: the city’s primary position in the Jewish, Christian and Islamic religions has endowed it, despite its continuously unhappy history, with an aura possessed by no other city in the world.

At the beginning of the 3rd millennium BC, Uruk was a thriving city of some 30,000 to 50,000 inhabitants, standing on the river Euphrates on the northern shore of the delta with the Tigris, some 300 km (186 miles) south of modern Baghdad. Enclosing an area of 5.3 sq. km (2 sq. miles) within its great city wall, it was the largest metropolis of its day and maintained political and commercial relations with other nations and cities both near and far. Its brilliantly organized urban administration and its achievements in monumental architecture were well known, and were commemorated in several epics, notably that of Gilgamesh, one of the earliest of all literary works.

Although King Gilgamesh of Uruk may have been a historical ruler of the 27th–26th centuries BC, the heroic deeds narrated in that epic reflect events from earlier periods as well, and suggest that by his day the kingdom had attained a remarkably high degree of sophistication. Uruk could already look back on around fifteen hundred years of history, during which it had successfully adapted to the harsh living conditions of southern Mesopotamia. While older permanent human settlements existed elsewhere in the region, the flat, alluvial and often marshy land between the Euphrates and the Tigris had been inhabited only since the 6th millennium BC: the climate was too hot and the river waters, which flooded the flat lands, too difficult to tame. 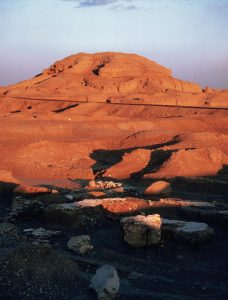 The sanctuary of Ishtar, goddess of love and war, existed at Uruk for around 3,000 years. The preserved remains visible today belong mainly to the impressive temple built by king Urnamma around 2100 BC. / Nik Wheeler, Corbis

Secure life in this difficult region depended on a highly developed system of control. Such a system demands agreements first with neighbouring and then with more distant settlements; and as more villages and fields become involved, these agreements call for specialized negotiators. Archaeological evidence shows that by 3500 BC Uruk had become a large urban centre, with an efficient administration, organized religion and impressive public architecture – all hallmarks of a true city. There were farmers to ensure the food supply, artisans organized in the mass production of clothes, pottery and tools, as well as artists to create beautiful works of art for the city’s adornment. 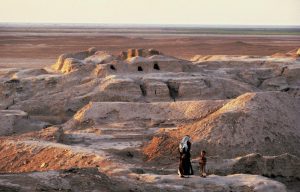 [LEFT]: Uruk developed from two smaller settlements, one on each bank of the river Euphrates, and had two major sanctuaries. Although the temple for Ishtar later became the main religious centre, the sanctuary of Anu, god of heaven, always received worship as well. Its high terrace, with the remains of a temple on top, was rebuilt at least 18 times during the 4th millennium BC. / Nik Wheeler, Corbis
[RIGHT]: Reconstruction model of the sanctuary of Anu – the ‘White Temple’ on top of the high terrace, which was built around 3500 BC. / rtefacts-berlin.de; material: German Archaeological Institute

Southern Mesopotamia has few natural resources, and consequently a considerable import trade developed – in wood and metals from the Taurus, Zagros and Lebanon ranges, as well as semiprecious stones and lapis lazuli from as far away as Afghanistan. As the social hierarchy became more complex, the number of professions grew: to the administrators and soldiers were added priests, scientists and astronomers who made observations of the natural world. Then, around 3200 BC, came the earliest form of writing, created initially for the purposes of administration.

In Uruk’s early days its public buildings, raised up on artificial hills, impressed by their sheer size as well as by the splendour of their decoration. Visible from far away, they left onlookers in no doubt of the city’s wealth and power. But then, around 3000 BC, the entire centre was remodelled on a completely new design. At its heart, on a terrace, stood a single temple, dedicated to Ishtar, goddess of love and war; surrounding this were other, humbler buildings with spacious courtyards that were given over to the temple administration.

As the city prospered, its area steadily increased; and finally, probably in the time of Gilgamesh, it was enclosed by its celebrated wall, 8.7 km (5½ miles) long, reinforced by 900 buttresses. Construction of the wall meant that the rivers providing the city with water had to be canalized, and the resulting network of large and small channels facilitated the movement of traffic around and within the city. The sheer scale and sophistication of these monumental works ensured Uruk’s renown for the next 2,500 years.

The urban core continued to be inhabited until the 4th century AD, and as both a city and a religious centre, Uruk retained a certain importance, but it never recovered its former political power. Its ruins now lie isolated in the deserts of Iraq.