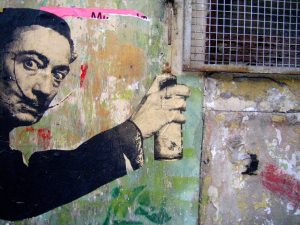 The Vandals were buried beneath the awful weight of metaphor. Dr Case

It might seem a stretch to say history has been unkind to the Vandals. 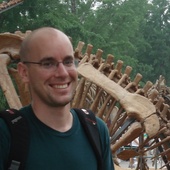 It might seem a stretch to say history has been unkind to the Vandals. After all, this barbarian group did as much as anyone to sound the last rites of the Roman Empire in the west.

They captured the rich provinces of Roman North Africa in AD 439, terrorised the sea-lanes and coasts of the Mediterranean with the ships that they captured in the great harbour of Carthage, and ultimately sacked the city of Rome itself in 455.

Rome had been sacked before – by the Visigoths in AD 410 – but the Vandals did a much more thorough job of it. They systematically looted the capital for several days, even to the extent of stripping the gold leaf from the roof of the Capitoline Temple, took innumerable hostages, including three imperial princesses, and sailed back to Carthage with ships stuffed with plunder.

And yet for all of those terrible accomplishments, the Vandals now are mostly forgotten amid associations with spray paint, graffiti and bashed-in telephone boxes. While Attila the Hun (406–453 AD) basks in eternal notoriety as the great terror of the early medieval world, his more successful contemporary Geiseric the Vandal – who defeated Rome, carved out a rich empire for himself, and died an elderly and powerful man – is all but forgotten. 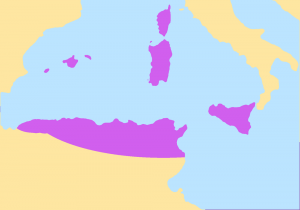 The Vandal Kingdom at its greatest extent in the 470s. Wikimedia Commons

Viewed dispassionately, the Vandal kingdom in Africa was a remarkable success. The African provinces had been among the richest and most fertile regions of the Roman Empire, and the Vandals did their best to ensure this continued.

Some of the choicest estates were distributed among the royal family and their followers, but production continued more or less uninterrupted, and Geiseric and his descendents became rich. The Vandals also proved to be enthusiastic patrons of learning and literature.

Some of the finest late Latin poetry was written in the kingdom, and a comfortable literacy was shared by the old aristocracy and their new rulers. An eccentric collection of poems known as the Latin Anthology survives from the last days of the Vandal kingdom and reveals a society that seems much more “Roman” than “Barbarian”, from poetic celebrations of chariot racers to scurrilous jokes about avaricious lawyers.

Geiseric and his successors enjoyed a rather frostier relationship with the African church – as followers of the “Arian” heresy, they were sceptical of established Catholicism – but for the most part their kingdom was a peaceful and successful one. 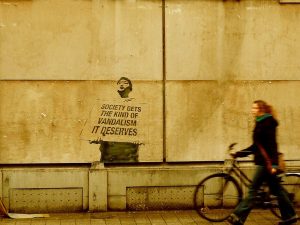 The individual most responsible for burying the Vandals beneath the awful weight of metaphor was a French cleric called Abbé Gregoire, Bishop of Blois. Gregoire rose to prominence in the 1790s in the aftermath of the French Revolution (1787-1799), and was horrified by the cultural desecration he saw around him.

In a series of angry pamphlets condemning the widespread destruction of libraries, churches and works of art, Gregoire coined the term “Vandalisme”. In so doing he evoked the dreadful image of the fall of Rome in his condemnation of the new barbarians who threatened to undermine the new Republic, even as its first foundations were laid. Within months, the label had been picked up by the English and German press, and soon appeared in all of the western European languages. 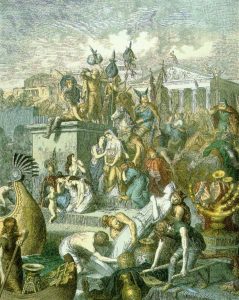 By the middle of the 19th century, Gregoire’s evocative image had become so dulled by overuse that “vandalisme” lost its capital V, and the Vandals were quietly forgotten behind the term that they helped inspire.

But why did the Abbé Gregoire choose the Vandals in his polemical pamphlets? Perhaps surprisingly, the main reason for this was geographical.

Many of the other barbarian groups of the period had settled in the shadow of the old empire, and lent their names to the medieval kingdoms that emerged over the centuries that followed: the Angles in England, the Franks in France, the Burgundians and Lombards in those regions of France and Italy; even the Huns had left their trace in the Danube lands of Hungary.

In such areas, historical curiosity coincided with patriotic passion, and citizens and subjects retained a pride in their supposed ancestors. The Vandals had established a kingdom too, of course, but theirs was in North Africa, a region that had followed its own historical trajectory after the great Arab conquests of the seventh century.

As a result, they left no trace in the place-names or political geography of modern Europe, and only a handful of German antiquarians were willing to come to their defence. So Gregory turned to them. And the rest, as they say, is metaphor.