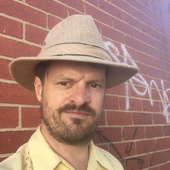 The Vikings are in Melbourne. It is hard to see anything “Vikings” without thoughts of the seafaring thugs who invaded or raided much of coastal Europe and beyond. As Viking scholar Judith Jesch has reminded us, that is essential to what the word originally meant: Norse-speaking people who got into surprisingly small ships and went in search of adventure, very often violent.

However, this is not the full story. A new exhibition at the Melbourne Museum is at pains to demonstrate this other side.

The television series Vikings goes out of its way to show how its characters did some pretty amazing things in their rovings – just surviving those sea voyages must rate high on the list – but mostly we know about them because they plundered far from home, to great effect. From 793 until 1066, or thereabouts, many people feared a visit from the Vikings more intensely than they feared their own rulers.

Jesch has also explained how the word broadened its meaning, even at the same time as Vikings became increasingly caricatured in poplar knowledge (think the Terry Jones movie Erik the Viking). “Vikings” can now mean all people from Denmark, Sweden, Norway, Iceland, the Faroe Islands, Shetland and many other colonies across the North Atlantic who lived during “the Viking Age”.

The Melbourne Museum’s exhibition takes this broader sense of the word and uses it against that other, narrower one. Brought to Melbourne by the Swedish History Museum, which owns the collection, it explores the lives of the Vikings as much more holistic than just the adventures of those Norsemen who went a-viking.

The approach will disappoint some people. There are weapons on show, some of them remarkably elegant for all the ravages of time, but none are better preserved than the bent sword from a burial mound in Sweden. Archaeologists reckon it was bent precisely to render it useless for violence – to prevent its misuse in the afterlife.

There are boats, both original and reconstructed. Compared to the palpably seaworthy wonders of Oslo’s Viking Ship Museum, though, the standout here is a half-ship plotted in the abstract by its rivets — the planks have all perished in the boat’s burial site, but the rivets that once fastened them have been suspended in their true positions in mid-air. It offers a haunting impression of the boat that once was. 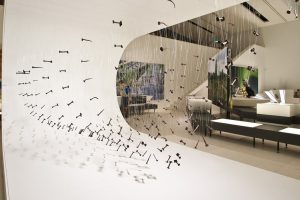 Still, these are not displays to get the adrenalin pumping. The interactives will not push you to imagine yourself in armour, screaming from behind a wall of shields on some stricken hillside, mead in one hand and great axe in the other.

Instead, this exhibition focuses on domestic life, economy, religion and technology. Nobody should imagine that any visiting show at a museum can do comprehensive justice to even one of those four, but this one gives us plenty of concrete evidence if we wanted to imagine Swedish and similar communities in the Viking Age.

It shows us the basics of Scandinavian clothing, for example, which is so essential for imagining the people in those countries. Its displays of jewellery remind just how fine the silver and gold smithing traditions of Germanic Europe were — for example, a filigreed pendant depicting Mjölnir (“Mealgrinder”), Thor’s hammer. 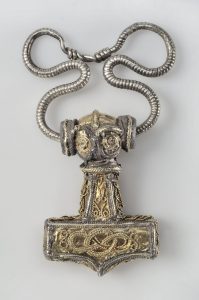 Pendant, Thor’s hammer, in gold and silver. The pendant is richly decorated with filigree ornaments and is one of a kind. Erikstorp, Ödeshög, Östergötland. Swedish History Museum

The Mjölnir pendant is also an example of how this exhibition explores the religious and spiritual dispositions of the Vikings. The gradual progression of Christian conversion through Scandinavia and Iceland meant that some southern communities were converted long before the recognised Viking Age began. Others in the north held to their faith in the Aesir (one of two tribes of Norse gods) until well into the 12th century.

What we miss in that story of incremental northwards progression, though, is how varied and often contradictory the local beliefs were. There may have been as many different schools of Aesir worship as there were settlements across the Norse-speaking lands. Certainly, during the period of Christian conversion, many people practised a dual worship — keeping the old gods alive, even though the new God forbade it.

There is a wealth of riches in the exhibition, as you might expect, which could be chaos if it lacked a strong logic of curation. Importantly, then, elements of the curation speak with great depth. The collectors have clear points to make, and they use the exhibits to make them.

A case in point is the questioning, rather than definitive, discussion of hair combs. Archaeologists have curiously found such apparently mundane items in most of the Scandinavian burial sites. Were they for carrying into the next world, for a final grooming of the dead person before burial, or something else entirely? If we cannot understand those combs, how can we understand the worlds they joined?

This emphasis on the social and everyday is quite different from many other Viking exhibitions – in English-speaking countries at least – which have tended to focus on the martial vigour of those people who repeatedly invaded “us”. A recent example was the British Museum’s 2014 exhibition Vikings: Life and Legend, which cast them as fighting fanatics for their religion, a medieval precursor of Daesh or ISIS.

Here, the curators are trying first and foremost to redirect our attentions. War was only a part of the Viking life, and only for a segment of Viking society at that. Anyone who wears a horned helmet to see this exhibition may feel an urge to take it off.