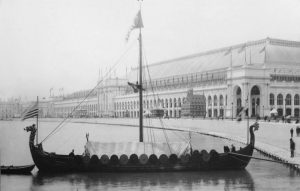 The Vikings used a variety of vessels for different purposes, from broad ships to fishing vessels, but the longship is the most iconic ship associated with them. The longship was sturdy enough to traverse the seas but nimble enough to navigate rivers, It could be powered by sails or by oars, depending on conditions. The longship was among the first to feature a keel, giving it greater stability in the ocean. Longships were even used for the burials of important people, male and female. Longships helped the Vikings rule the seas from the 9th to 11th centuries, spreading their influence as far as North America, Africa and Asia. Wherever the Vikings went, their ships proved to be an inspiration – not only to shopbuilders, but also to artists. As a result, we have a rich multi-cultural record of Viking ships that is augmented by modern archaeological finds. 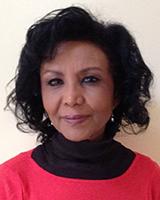 The Vikings were a seafaring people who came from their homelands in Scandinavia (present-day Denmark, Sweden, Norway and Iceland). Their ability to build large, reliable seafaring ships and their advanced naval skills allowed them to travel long distances and expand their territory. They established a name for themselves from the late 8th to early 11th centuries as traders, explorers and warriors. They reached the northern coasts of the American continent long before Columbus. While they are often described as savages raiding the more civilised nations for treasure and slaves, the art and culture of the Viking people are of considerable sophistication. These raiders also influenced economics, art, trade and warfare throughout the lands they occupied.

Water was essential to the Vikings’ lives, and they were among the most skilled shipbuilders, sailors and navigators in the western world of the early Middle Ages; they were daring masters of the sea. Ships facilitated everyday transportation across seas and waterways, exploration of new lands, raids, conquests, and trade with neighbouring cultures. They also held religious significance. 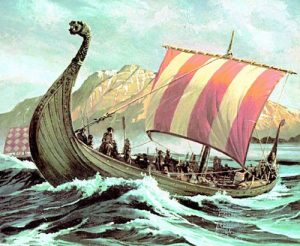 A common depiction of a Viking longship. / Image by Gbloquendox00black / Wikimedia Commons

The ships were the foundation of Viking power, the most significant achievement of their technical skills. It was the Viking ship that stretched their influence to the far reaches of the medieval world. With them, they managed to achieve a maritime dominance between the 9th and the 11th centuries.

How do we know about Viking ships?

We have many sources on the Vikings, their activities, beliefs and culture. The sagas, archaeological remains, written sources from medieval times, a number of images which consist of pictures on coins, stone carvings and manuscripts from the Viking age give an idea of what Viking ships might have looked like. Many of the existing written sources on the Vikings come from other cultures that were in contact with them.

These are complemented by substantial amount of archaeological finds of the Vikings craftsmanship, art, work and evidence of their daily lives in general.

Several well preserved buried or sunken ships have been found. These finds have increased our understanding of the many types of ships and boats that existed in the Viking age. For example, famous discoveries of Viking ships at Gokstad and Oseberg, Norway, in 1880 and 1906, revealed the best preserved Viking ships ever found. Respectively, they established the classic image of the dragon-headed warship. Longships from both sites were preserved almost intact, with splendid carved decoration, in the waterlogged clay of royal burial mounds. Built around 890 AD, three-quarters of a century after the Oseberg ship, the Gokstad vessel shows great improvements in design, particularly in the sturdiness of the mast supports. They show its shipbuilders’ beautiful construction style.

The modern phase of Viking ship investigation began with the recovery of five vessels at Skuldelev in Roskilde fjord, Denmark, between 1957 and 1962. The most important discovery at Skuldelev was the variety of the vessels, which ranged from a cargo ship to two longships. Tree rings of its oak timbers revealed that they had been cut down around 1060-70 AD near Dublin, suggesting the presence of a major shipyard at this key Viking trade centre in Ireland.

What types of ships did the Vikings have?

Archaeological finds show that there were many types of Viking ships built according to their intended uses, but share a common ship building traditions. They had big broad ships for trading trips overseas, smaller freight vessels for journeys in safer waters, fishing boats and the well known long, narrow and fast warships as well as ceremonial longships. Viking expertise in naval craftsmanship soon led to the evolution of other types. Among these were the knarr, or ocean-going cargo vessel, which facilitated distant trade networks and manoeuvres in narrow channels. The knarrwas a merchant vessel designed to carry heavy cargo. It was common for seafaring Viking ships to tow or carry a smaller boat to transfer crews and cargo from the ship to shore.

The most iconic type of Viking vessel is the longship. The longboat was fast and flat, and built to survive both the stormy seas and to sail on shallow rivers. They were also built light enough to be carried over land. When the wind was behind a longboat, the Vikings used large sails. If there wasn’t any wind, or it was blowing in the wrong direction, up to 80 warriors could use oars to power the boat.

People with a high status were sometimes buried in burial ships along with animal sacrifices, weapons, provisions and other items, as evidenced by the buried vessels at Gokstad and Oseberg in Norway. Ship burials were also practised by Vikings abroad as evidenced by excavations in Scotland, Estonia and other areas were the Vikings settled.

How were Viking ships made?

The secret of the Viking ship lay in its unique construction. Planks of timber, usually oak, were overlapped and nailed together. The ships were made watertight by filling the spaces between the planks with tarred wool or animal hair.

For a long time it was the considered opinion that only oak was used, but from archaeological finds we learned that ships were made out of ash, elm, pine, larch and several other woods, too. Generally, only the greatest warships were always made from oak, not only because of the great strength of the timber, but also because the tree was sacred to their warrior god Óðinn.

Viking longships were among the first to have a keel. The keel is exceptionally important as it provides the ship with support in rough weather and enables it to travel easily and rapidly across the sea. Oars were of different lengths according to where they would be used on the ship. In strong winds, the sail enabled a fast sea or ocean crossing. On the open sea, oars were only used when there was no wind, but rowing was necessary to navigate rivers. 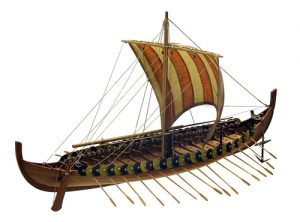 As their name implies, long ships were long and narrow, with a keel for stability on the open seas but still shallow enough to navigate rivers. / Image by Softeis / Wikimedia Commons

With the flexibility to use either oars or sails, Vikings ships can manage the most difficult of conditions of current and strong wind. No one knows where the idea came from and whether the Mediterranean square sail was adopted. Nevertheless, it was the sail power which allowed Vikings ships to travel further than solely oar power.

They were their owners’ proudest possession, an essential part of a life of a Viking, and considered a treasure. Craftsmen decorated these ships with elegant elaborate head pieces. One of the most outstanding might be its figurehead. Often, the front of the ship was decorated with a carving of an animal head, perhaps a dragon or a snake, and designed to frighten the spirits of the land the Vikings were raiding. These carvings were put up when the ship was sailing in to land. 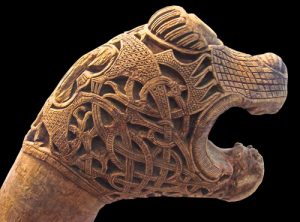 A figurehead from the Oseberg ship in Norway. / Photo by Russavia / Wikimedia Commons

How did the Vikings navigate their ships?

There are several assumptions about how the Vikings navigated. Vikings did not use maps; they had lots of different ways of working out where they were and which direction to travel in. The Vikings probably navigated by landmarks, they might have developed a feeling for direction and position by observing the sun and the stars, known the wind, observed the sun’s maximum height at noon and compared their latitude with known places. In addition, they used visual sightings of landmarks and animals, and felt the temperature to guide them. One of the Icelandic sagas – narratives of Norse history and legends written in Iceland in the 12th and 13th centuries – includes sailing directions from Norway to Greenland that rely on distant landmarks and the presence of birds and whales to signal the position of land.

With no access to modern navigational instruments, Vikings navigated with their senses. They looked out for birds and could smell if they were near land. Important knowledge and skills were passed on from one generation to the next. They looked at the colour of the sea, the way the waves were moving and patterns of the stars. The use of actual navigational instruments is unresolved but no definite proof has been found yet. It has been argued that the Vikings knew about Arab navigation, which made extensive use of astronomical observations.

But in addition to sight, Vikings used their other senses:

Where did the Vikings travel to? Trade, networks and expansion

The Vikings ship building capability was fundamental to their overseas exploration, trading, conquest and settlement. The 8th-11th centuries witnessed an extraordinary movement of people out of Scandinavian homelands. This expansion created a cultural network, and led to interaction with a number of cultures, not only in Northern Europe but also as far as North America in the west, central Asia in the east and North Africa in the south. These versatile ships allowed the Vikings to explore the northern islands and coasts of the North Atlantic; settle and travel as far east as Constantinople, the Middle East, and the Volga river in Russia; as far west as Iceland, Greenland, and Newfoundland; and as far south as Nekor. This period of expansion, known as the Viking Age, had an enormous influence on the history of many parts of Europe. One of these influences was in technology; the Vikings had a great influence on shipbuilding in the territories where they settled. During the Viking age and for a long time after the Viking age ended, the dominant vessels in Northwest Europe were various forms of the Viking long boats.

The Vikings created a trade network that extended over distant areas around the world as far east as the River Volga and Byzantium, west to Dublin and Newfoundland, and north to Greenland and the North Cape. There is also evidence that they had contacts with the Middle and Far East. Evidence from Jorvik (York) demonstrates links with many parts of the world; objects found at Coppergate came from Norway, the Baltic, Uzbekistan, and the Red Sea. Large amounts of Islamic silver coins in Swedish archaeological diggings testify to intensive trading.

The use of ships facilitated the development of trade both internally and externally. In addition, ships connected the Vikings with different cultures and continents.

The Vikings had a great influence on shipbuilding in the territories where they settled. The extraordinary Viking expansion from the Scandinavian homelands during this period created a cultural network with contacts from the Caspian Sea to the North Atlantic, and from the Arctic Circle to North Africa and the Mediterranean.