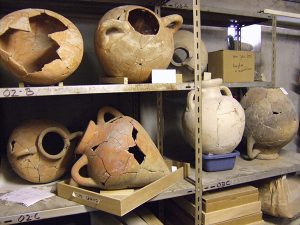 A look at wine’s integral role in culture and colonialism in ancient France. 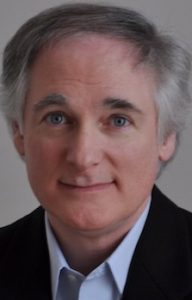 By Dr. Michael Dietler / 06.29.2015
Professor of Anthropology
University of Chicago

I couldn’t resist the pun. In 47 B.C. dictator Julius Caesar sent a famous communiqué to Rome summing up his latest achievement: “Veni, vidi, vici” (I came, I saw, I conquered). My variation gives it a wine flavor—vinum being Latin for wine.

Wine, military exploits, and economics were in fact deeply intertwined during Roman times. Wine played a key role in the process of colonial entanglement that occurred in ancient Gaul, the region that corresponds roughly to modern France.

Today, the culture and economy of France are unimaginable without wine. But it was actually the last region in Mediterranean Europe to be introduced to this beverage. Ancient Gaul was originally a Celtic-speaking land, where the beverages of choice were barley beer and honey mead. But foreign merchants began to trade wine from Etruria (modern Tuscany) along the coast of southern France near the end of the seventh century B.C., and it quickly became popular. This was the tentative beginning of a trade in wine that would last for half a millennium before expanding radically after the Roman conquest. Eventually Gaul became a major wine production center and even exported wine back to Rome.

The relationship between wine and colonialism is a complex one, but it is largely the story of a series of unintended consequences.

Following the early trade in Etruscan wine, Greeks from the Eastern Mediterranean established a colonial settlement called Massalia at the site of modern Marseilles around 600 BC. After a couple of generations, the colonists began to produce their own wine and trade it in a distinctive form of amphora (terracotta wine vessel). This soon became the dominant type of wine consumed throughout southern France, and it remained so until the late second century B.C. However, the taste for wine was largely restricted to the coast. Very little of it was traded further north to the rest of Gaul, despite the appearance of a few spectacular Greek bronze drinking vessels and drinking ceramics that appeared in wealthy tumulus graves in Burgundy and southern Germany during the Early Iron Age.

This taste for wine in southern France has sometimes been interpreted as a desire to imitate Greek culture, but in fact it was nothing of the kind. In fact, there was a profound indifference to Greek culture: for centuries, wine and drinking cups were the only aspects of the Greek world of any significant interest to the Gauls. This thirst for wine was, instead, the incorporation of a new form of alcohol into indigenous feasting rituals. But it had long-term unintended consequences in drawing both trading parties into new kinds of relationships. 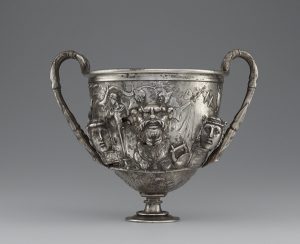 Unlike Spain, before the Roman conquest Gaul was largely content to import wine rather than to produce it. One of the few exceptions is at the port settlement of Lattes (ancient Lattara), near Montpellier, where I have been excavating for over 15 years in collaboration with a large multinational project. At Lattes, there is clear evidence for wine production from the late third century B.C., but even this appears to have been rather small in scale and for local consumption rather than export.

Around 125 B.C., Roman armies invaded Mediterranean France and refashioned it as a Roman province. This involved a dramatic change in the wine trade, which now came from Italy and flowed in huge quantities throughout the rest of free Gaul. André Tchernia, the great Roman wine expert, has estimated that during the century following conquest as much as 65 million amphorae of Italian wine were consumed in Gaul, and it was carried to the shores of southern France in ships holding up to 10,000 amphorae each (earlier ships had maximum cargoes of a few hundred). However, this wine was still consumed in resolutely Gaulic, not Roman, fashion.

Between 58 and 52 B.C., Julius Caesar conquered the rest of Gaul. And it is in the following centuries that we begin to see a marked change in daily life among the Gauls, with an increasing consumption of Roman commodities and adoption of Roman lifeways.

The luxurious silver objects in the exhibition Ancient Luxury and the Roman Silver Treasure from Berthouville at the Getty Villa, including the vessel shown above, are an example of this new provincial culture. Among many changes was the debut of large-scale wine production throughout Gaul, with over 50 wineries known from southern France alone from the first century A.D. By the second century, wine production had become an important part of the economy of nearly all regions of Gaul, including those that are responsible for the fame of French wine today. Wine and colonial history are inextricably entangled in France.