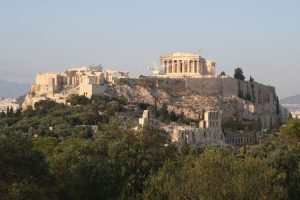 The Acropolis of Athens. Dominating the acropolis is the Parthenon, built between 447 and 432 BCE in the Age of Pericles, and dedicated to the city’s patron deity Athena. / Photo by Mark Cartwright, Creative Commons

Ancient Athenians actively served in the institutions that governed them, and so they directly controlled all parts of the political process.

Athens in the 5th to 4th century BCE had an extraordinary system of government: democracy. Under this system, all male citizens had equal political rights, freedom of speech, and the opportunity to participate directly in the political arena. Further, not only did citizens participate in a direct democracy whereby they themselves made the decisions by which they lived, but they also actively served in the institutions that governed them, and so they directly controlled all parts of the political process.

Other city-states had, at one time or another, systems of democracy, notably Argos, Syracuse, Rhodes, and Erythrai. In addition, sometimes even oligarchic systems could involve a high degree of political equality, but the Athenian version, starting from c. 460 BCE and ending c. 320 BCE and involving all male citizens, was certainly the most developed.

The contemporary sources which describe the workings of democracy typically relate to Athens and include such texts as the Constitution of the Athenians from the School of Aristotle; the works of the Greek historians Herodotus, Thucydides, and Xenophon; texts of over 150 speeches by such figures as Demosthenes; inscriptions in stone of decrees, laws, contracts, public honours and more; and Greek Comedy plays such as those by Aristophanes. Unfortunately, sources on the other democratic governments in ancient Greece are few and far between. This being the case, the following remarks on democracy are focussed on the Athenians.

The Assembly and Council

The word democracy (dēmokratia) derives from dēmos, which refers to the entire citizen body, and kratos, meaning rule. Any male citizen could, then, participate in the main democratic body of Athens, the assembly (ekklēsia). In the 4th and 5th centuries BCE the male citizen population of Athens ranged from 30,000 to 60,000 depending on the period. The assembly met at least once a month, more likely two or three times, on the Pnyx hill in a dedicated space which could accommodate around 6000 citizens. Any citizen could speak to the assembly and vote on decisions by simply holding up their hands. The majority won the day and the decision was final. Nine presidents (proedroi), elected by lot and holding the office one time only, organised the proceedings and assessed the voting. 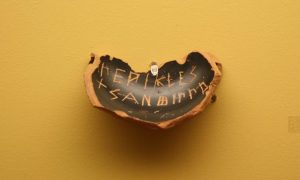 Pottery ostrakon identifying Pericles, 444-443 BCE. These were used in Athens to vote a particular citizen to be exiled from the polis. From a well on the north slope of the acropolis of Athens. (Museum of the Ancient Agora, Athens) / Photo by Mark Cartwright, Creative Commons

Specific issues discussed in the assembly included deciding military and financial magistracies, organising and maintaining food supplies, initiating legislation and political trials, deciding to send envoys, deciding whether or not to sign treaties, voting to raise or spend funds, and debating military matters. The assembly could also vote to ostracise from Athens any citizen who had become too powerful and dangerous for the polis. In this case there was a secret ballot where voters wrote a name on a piece of broken pottery (ostrakon). An important element in the debates was freedom of speech (parrhēsia) which became, perhaps, the citizen’s most valued privilege. After suitable discussion, temporary or specific decrees (psēphismata) were adopted and laws (nomoi) defined. The assembly also ensured decisions were enforced and officials were carrying out their duties correctly.

There was in Athens (and also Elis, Tegea, and Thasos) a smaller body, the boulē, which decided or prioritised the topics which were discussed in the assembly. In addition, in times of crisis and war, this body could also take decisions without the assembly meeting. The boulē or council was composed of 500 citizens who were chosen by lot and who served for one year with the limitation that they could serve no more than two non-consecutive years. The boulē represented the 139 districts of Attica and acted as a kind of executive committee of the assembly. It was this body which supervised any administrative committees and officials on behalf of the assembly.

Then there was also an executive committee of the boulē which consisted of one tribe of the ten which participated in the boulē (i.e., 50 citizens, known as prytaneis) elected on a rotation basis, so each tribe composed the executive once each year. This executive of the executive had a chairman (epistates) who was chosen by lot each day. The 50-man prytany met in the building known as the Bouleuterion in the Athenian agora and safe-guarded the sacred treasuries.

In tandem with all these political institutions were the law courts (dikasteria) which were composed of 6,000 jurors and a body of chief magistrates (archai) chosen annually by lot. Indeed, there was a specially designed machine of coloured tokens (kleroterion) to ensure those selected were chosen randomly, a process magistrates had to go through twice. It was here in the courts that laws made by the assembly could be challenged and decisions were made regarding ostracism, naturalization, and remission of debt. 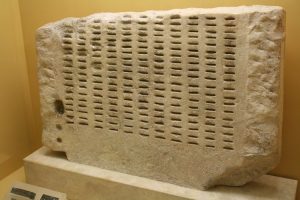 This complex system was, no doubt, to ensure a suitable degree of checks and balances to any potential abuse of power, and to ensure each traditional region was equally represented and given equal powers. With people chosen at random to hold important positions and with terms of office strictly limited, it was difficult for any individual or small group to dominate or unduly influence the decision-making process either directly themselves or, because one never knew exactly who would be selected, indirectly by bribing those in power at any one time.

As we have seen, only male citizens who were 18 years or over could speak (at least in theory) and vote in the assembly, whilst the positions such as magistrates and jurors were limited to those over 30 years of age. Therefore, women, slaves, and resident foreigners (metoikoi) were excluded from the political process.

The mass involvement of all male citizens and the expectation that they should participate actively in the running of the polis is clear in this quote from Thucydides:

We alone consider a citizen who does not partake in politics not only one who minds his own business but useless.

Illustrating the esteem in which democratic government was held, there was even a divine personification of the ideal of democracy, the goddess Demokratia. Direct involvement in the politics of the polis also meant that the Athenians developed a unique collective identity and probably too, a certain pride in their system, as shown in Pericles’  famous Funeral Oration for the Athenian dead in 431 BCE, the first year of the Peloponnesian War:

Athens’ constitution is called a democracy because it respects the interests not of a minority but of the whole people. When it is a question of settling private disputes, everyone is equal before the law; when it is a question of putting one person before another in positions of public responsibility, what counts is not membership of a particular class, but the actual ability which the man possesses. No one, so long as he has it in him to be of service to the state, is kept in political obscurity because of poverty. (Thuc. 2.37)

Although active participation was encouraged, attendance in the assembly was paid for in certain periods, which was a measure to encourage citizens who lived far away and could not afford the time off to attend. This money was only to cover expenses though, as any attempt to profit from public positions was severely punished. Citizens probably accounted for 10-20% of the polis population, and of these it has been estimated that only 3,000 or so people actively participated in politics. Of this group, perhaps as few as 100 citizens – the wealthiest, most influential, and the best speakers – dominated the political arena both in front of the assembly and behind the scenes in private conspiratorial political meetings (xynomosiai) and groups (hetaireiai). These groups had to meet secretly because although there was freedom of speech, persistent criticism of individuals and institutions could lead to accusations of conspiring tyranny and so lead to ostracism. 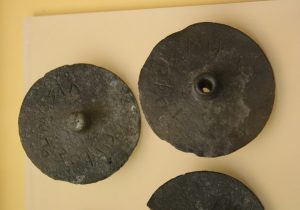 Critics of democracy, such as Thucydides and Aristophanes, pointed out that not only were proceedings dominated by an elite, but that the dēmos could be too often swayed by a good orator or popular leaders (the demagogues), get carried away with their emotions, or lack the necessary knowledge to make informed decisions. Perhaps the most notoriously bad decisions taken by the Athenian dēmos were the execution of six generals after they had actually won the battle of Arginousai in 406 BCE and the death sentence given to the philosopher Socrates in 399 BCE.

Democracy, which had prevailed during Athens’ Golden Age, was replaced by a system of oligarchy after the disastrous Athenian defeat in Sicily in 409 BCE. The constitutional change, according to Thucydides, seemed the only way to win much-needed support from Persia against the old enemy Sparta and, further, it was thought that the change would not be a permanent one. Nevertheless, democracy in a slightly altered form did eventually return to Athens and, in any case, the Athenians had already done enough in creating their political system to eventually influence subsequent civilizations two millennia later.

In the words of historian K. A. Raaflaub, democracy in ancient Athens was

a unique and truly revolutionary system that realized its basic principle to an unprecedented and quite extreme extent: no polis had ever dared to give all its citizens equal political rights, regardless of their descent, wealth, social standing, education, personal qualities, and any other factors that usually determined status in a community.

Ideals such as these would form the cornerstones of all democracies in the modern world. The ancient Greeks have provided us with fine art, breath-taking temples, timeless theatre, and some of the greatest philosophers, but it is democracy which is, perhaps, their greatest and most enduring legacy.