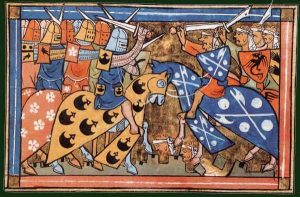 A battle of the Second Crusade (illustration of William of Tyre’s Histoire d’Outremer, 1337) / Wikimedia Commons 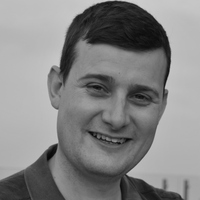 Looking back from the Twenty-First century, one of the most easily-identifiable facts about the medieval Crusades to the Holy Land is that they conspicuously failed. The crusaders were obviously unsuccessful in their military objective to establish lasting control over Jerusalem while the four territories – “the Crusader States” – they established in the Near East did not persist beyond the end of the Thirteenth Century (and the first fell within only a few decades of its establishment).

To many pragmatic commentators this end-result is not difficult to explain; indeed it might be argued that the Crusades were always doomed to failure. Certainly, the warriors and settlers of the Crusader States faced formidable – some might say insurmountable – challenges. The crusaders (or “Franks” as they were known) were so few, while their enemies were numerous. They were dependent upon very long-distance supply routes from Western Christendom, whose ships could only brave the long sea journey between spring and early autumn. They knew so little – initially at least – about their new surroundings and neighbors. Such considerations – all perfectly accurate – might well be marshalled to dismiss any notion that the crusaders could ever have achieved their goals.

Nevertheless, these thoughts would have brought little consolation to the crusaders’ Turkish and Egyptian enemies in the aftermath of the First Crusade (1095-1099). In the two decades following the crusade’s conclusion, and despite their considerable deficiencies in resources, the Franks were expanding on all fronts, conquering town-after-town. To many they seemed unstoppable. First their troops drove along the coastline, seizing the vital ports that would secure their supply lines to distant Italy and Sicily. Meanwhile they raided inland seeking to gain control over as much of the best farmland as possible, thereby securing their newly-conquered lands in the Near East.

In these years, the idea that the Frankish dominions might expand to overthrow all their rivals was a distinct possibility. By the 1110s the Frankish tide was rising to the point at which their forces could threaten even the regional capitals of Aleppo and Damascus. The overthrow of either city would have substantially enhanced the Franks’ prospects; these cities were rich and occupied crucial locations, both politically and commercially. Certainly every other conqueror aspiring to seize the region during the Crusading period (and in other periods) saw these cities as the essential lynchpins of power. Of the two, Aleppo was by far the most vulnerable at this point and by the late 1110s the city was in danger of being surrounded by crusader strongholds while its lands were ravaged by raiding parties on an almost annual basis. In these years the crusaders were on the point of achieving the conquest of the entire region.

And yet the crusaders failed. The momentum of their conquests evaporated. So when did the tide turn against them? 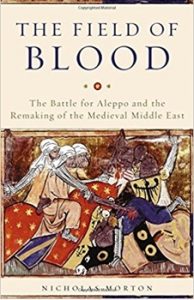 As I show in my recent book The Field of Blood: The Battle for Aleppo and the Remaking of the Medieval Middle East, the answer lies at the gates of Aleppo in a seven-year struggle during which the Franks and their Turkish enemies hurled army-after-army against one another in an effort to secure dominion over this crucial city. This war was the closest the Franks ever got to conquering Aleppo (or any regional capital), but it was also a conflict which they narrowly – but decisively – lost. The first and most important turning point was the colossal Frankish defeat later known as the Field of Blood fought between the Turkish commander Ilghazi and the Frankish leader Roger of Salerno in 1119. These were both experienced commanders who well understood one another’s strengths and weaknesses. Their conflict also had a personal dimension because previously they had been friends who had campaigned as allies only a few years previously. The battle’s outcome was crucial. Ilghazi had recently taken power in Aleppo and this victory embedded his authority. Likewise, the Franks were forced to regroup, losing the tactical initiative.

The second turning point occurred a few years later during a gruelling winter siege upon Aleppo staged by a coalition of forces including Franks, Arabs and Turks. This conflict likewise ended in failure and marked the final attempt to break through Aleppo’s formidable ramparts. Shortly afterwards the tides of war and politics made it impossible to contemplate a further assault. The Franks did launch later attacks on Damascus and, later still, on Cairo, but never did they come this close to success. In this way, the wars of 1119-1124 represent the crucial turning point, which blunted the crusaders’ advances, breaking the momentum they had built up in previous years. It has to be said, however, that while their forces never managed to seize Aleppo, the campaign’s conclusion was never a foregone conclusion – the Twelfth century war for Aleppo (and perhaps by extension the Near East) was a close run thing.