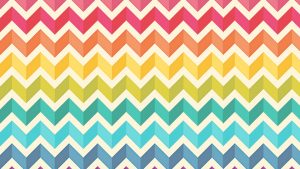 To an anthropologist, it means the patterns of human behaviour, and all that that entails.

The word “culture” is used in different ways by different people. To some, it might mean a string quartet and the use of multiple utensils at dinner. To others, it might be used in a vague way when planning a holiday overseas. If you are a scientist it means a petri dish full of microorganisms.

But to an anthropologist, it means the patterns of human behaviour, and all that that entails.

This is something every human experience and the way you experience it can define your life. It is shared. It is learned. It is not biological; rather, it might be said that it is developed as we seek to satisfy our biological needs.

It belongs to us, to our families, our peers, our art and institutions.

Culture, as a term, almost eludes absolute definition. Because it is something intrinsic to our humanity, perhaps, and humans, as a rule, also elude definition. That has not stopped some of history’s brightest minds from attempting to define it, however. 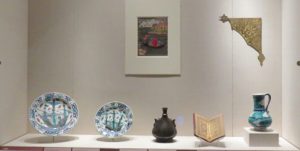 The first person to use the term “culture” in the way we currently understand it was  Edward B. Tylor, an anthropologist, He explained culture as “that complex whole which includes knowledge, belief, art, law, morals, custom, and any other capabilities and habits acquired by man as a member of society.” ( Primitive Culture, 1871).

Definitions of Culture – The Famous Ones

“Culture is the collective programming of the human mind that distinguishes the members of one human group from those of another. Culture in this sense is a system of collectively held values.”  – Geert Hofstede

“Culture is the collective programming of the mind which distinguishes the members of one category of people from another.” – National cultures and corporate cultures. In L.A. Samovar & R.E. Porter (Eds.), Communication Between Cultures. Belmont, CA: Wadsworth.

“Culture is the deeper level of basic assumptions and beliefs that are shared by members of an organization, that operate unconsciously and define in a basic ‘taken for granted’ fashion an organization’s view of its self and its environment.” – Edgar Schein

Do You Have Your Own Definition?

The culture of a society pervades it to its very roots. 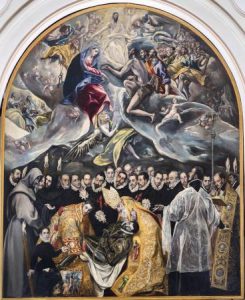 The Burial of the Count of Orgaz by El Greco

It affects the way people live, the way they interact, the art they make, the jobs they hold, their beliefs and relationships. And yet an archaeologist digging up an ancient site, finding wall stubs and pottery fragments, could never say that they have dug up “culture”. The results of the culture are there for all to see: the patterns on the pottery, the places of worship, the way a family home was set up. But they are remains, nothing more.

Culture belongs to life itself.

It can be a little difficult to draw the lines between culture and society. Both involve the way we live, both involve beliefs and systems, both are formed by groups of people. 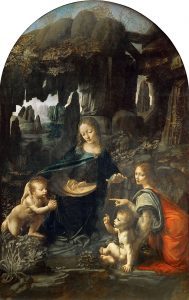 Virgin of the Rocks Painting by Leonardo da Vinci

A society is a group of organisms which interact with one another. This might mean a school of fish, a flock of birds, a beehive, and so on. Human societies are similar, as they are groups of individuals who interact with one another, though not always directly. In human societies, however, the behaviour of the group is not just determined by survival, but by history, tradition, and expectation.

Yet people living in a single society can have different cultures. So society and culture are not the same things – but they are linked.

If culture is a pattern of people’s behaviour, and if people live in societies, then, of course, they are going to be tied together at multiple points.

And culture cannot exist without society, without people coming together and exchanging ideas and experiences. Without groups of people living together, why would we ever have needed to develop language or politics? You cannot have one without the other.

Culture is not something that we are born knowing. No baby is born being able to understand art, or speaking the language of its parents. Yet what it does possess is a desire to communicate and be understood – a desire it generally seeks to fill by screaming, which works out just fine, to begin with. But then, it learns that different noises mean different things, and so language begins to be learned. 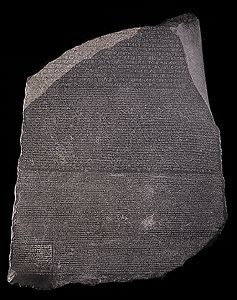 Because of this, culture is also something that accumulates. It is built on over time. It’s not as though a group of people in 1000BC sat down and discussed whether they were going to use forks or chopsticks, or whether they were going to teach math in school. These things developed slowly – and now, millennia later, schoolchildren are learning mathematical concepts developed by ancient Greeks.

Art and Culture – A Soulful Connection

“Art speaks the soul of its culture” – Abby Willowroot

Art is yet another concept that is very difficult to define. But when it comes to a shared understanding of art within a group of people, one could say that art is the physical manifestation of the culture to which it belongs – to the point that sometimes it almost seems impossible to separate the culture from its art. 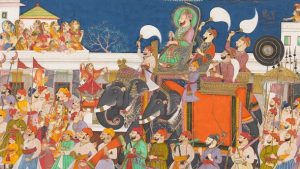 If you pass a wedding venue and see it crowded with paper swans, it doesn’t matter if you are in Texas, Perth or Abu Dhabi, you will immediately recognize the sight as belonging to the culture of Japan. Geometric patterns with bright colours and striking contrast might bring to mind traditional Kenyan textiles, even if seen in a window in Prague. “Scandinavian interior design” could be found in a desert.

In addition to this, there is a reason great art movements tend to find their momentum in cities. That’s where you can find the most people, packed in closely together – and, as a result, that’s where the cultures to which they belong become the richest, the densest, the most likely to turn into something new. And sometimes, finding themselves so close to other cultures, they find themselves rubbing together and creating sparks.

When we look at the human experience in all its needs and forms, culture can sometimes seem like something of an extra. True, humans create art, and language, and politics. But these things, while adding to the richness, complexity or possibilities of our lives, do not seem to be necessary for survival. After all, a person could live in a hut on a hill for their entire lives and never see another human being. They might never learn a language, create art, or develop an understanding of authority; as long as they can hunt and gather, they will do just fine.

And yet, if you look at cultures across the world, there seem to be very obvious differences between them which have sprung from a need to adapt. For example: humans are warm-blooded creatures, which was fine when we were all living in subtropical conditions a few million years ago, but when you look further afield and forward in time, you see the mechanisms humans have put in place to survive the environments they moved to. Thus we have architecture and communal planning.

Unlike other organisms, we did not wait for evolutionary adaptation to allow us to thrive in these new climates. Instead, we invented things to help us – things which became a part of the cultures which developed them. From the clothes we wear to the food we eat, to the shape of our roofs, we can see how each culture was affected by humanity’s need for survival. And, let’s be honest, it worked – we have dominated the planet with our technology and subsequent population growth. (Whether that is a good thing or not is quite another matter.)

Other Examples in Nature

Depending on the way we have defined culture, it can be argued that humans are not the only species to have developed it. Not that we’re going to find any other animals that create paper cranes for their weddings, but using the broad and relatively simplistic definition of a complex pattern of learned behaviour, we can see examples of culture in other species.

Chimpanzees, along with other intelligent primates, seem to be the closest contenders for this. The young chimpanzees learn from the older ones – whether hunting or gathering skills, communication, or sexual education.

This is a fascinating addition to any discussions one might have regarding culture.  It opens up the possibility that culture is not strictly something that belongs to humans, but perhaps that it is the skill we have developed above all other animals. We can be outrun, out-swam or out-fought by any number of other species. But our patterns of behaviour, in terms of complexity and possibility, leave them all behind.

It is developed as we seek to fill our basic needs. It is learned, taught from one generation to the next, picked up when you had no idea that you were paying attention. It is cumulative, ideas and behaviours collected as by each society as though they were debris being picked up and carried along by a river.

It is not programmed, it is not automatic, but it is not something that we can avoid becoming part of. It is ingrained into every human on earth, connecting us to each other, within our own culture; and cross-culturally, allowing us to reach each other across what sometimes seem to be unfathomable distances.

It is art, music, dance, the way we decorate our pottery. It is our governmental systems, it is our leisure time, it is the places of worship we build. It is the way we speak to one another, whether we take our shoes off before we come into the house. It is shared behaviour; the result of humanity trying to negotiate the world it finds itself in and thriving as it does.