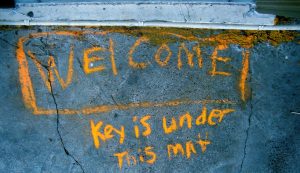 A new study finds that having a reputation for cooperation may be key to getting other people to cooperate with you.

Human beings are among the most cooperative species on the planet. Yet it’s not always safe to cooperate with a stranger. What if they don’t have your interests at heart?

The ability to decide when to cooperate is an important skill for our survival. That’s why we’ve evolved to turn to our social groups for guidance, conforming to group norms when the situation is unclear. In fact, the pull to conform can be so strong that we will not even identify what’s right in front of us if our group says they see something different.

But group conformity is not the only force at work in the decision to cooperate. Research has found that, if strangers act cooperatively towards you or have a reputation for being cooperative, you will likely work with them, because of the expected reciprocal benefits of doing so.

So, which is more powerful in cooperation—those group norms or a reputation for reciprocity? And what happens when they happen to conflict? A new study aimed to find out.

Researchers recruited hundreds of participants online for a two-part experiment. A group of six would engage in a “survival task”—prioritizing a list of items needed for survival on a spaceship traveling to the moon—to help them form a cohesive group. Then, individual group members were paired up with a new participant—a “partner”—to play the Prisoner’s Dilemma game.

In the game, participants were given 100 chips and told they could give all, some, or none to their partner, with that number doubling for the recipient. So, if they gave 50 chips, their partner received 100 chips. They were also told their partner would be given the same opportunity to give back to them. The number of chips served as a proxy for their willingness to cooperate.

After analyzing the results, the researchers found that participants cooperated under scenario 1 and didn’t under scenario 2. No surprises there. But, in the more ambiguous situations, participants continued to cooperate with a cooperative partner, even if their group was not cooperative. And they didn’t cooperate as much with an uncooperative partner, even if fellow group members did. This suggests that reciprocity is a stronger factor in cooperation than group conformity.

“We were surprised by these findings—especially the size of the effect—because past research found that individuals tend to conform with their groups even when the group is clearly wrong,” says the lead author of the study, Angelo Romano. “Reciprocity was able to outperform conformity to promote cooperation.”  These results held even when the six-person group’s most influential member was observed not giving chips to a very cooperative partner.

What would happen if participants didn’t know anything about their new partner? Romano and colleagues repeated the experiment without letting participants see their partner’s past behavior—only their group members’ behavior. They also measured how connected participants felt to their group after the survival task and how much they cared about their reputation within the group.

Analyses showed that, when their partner’s past cooperative behavior wasn’t known, participants used group norms to decide how many chips they gave. In addition, higher concern for one’s group reputation and stronger commitments to the group both strengthened those results.

Romano says that these findings show that “conformity, especially in situations where reciprocity is less relevant, is still an important process that may elicit cooperation.”

What does all of this mean for us? Romano believes that it points the way towards encouraging more cooperation in society. If you consider issues that may require cooperation among different groups to solve—like global warming, social justice, or international conflicts—it’s important to recognize that having a reputation for cooperation yourself may increase reciprocity and cooperation in opposing groups. It may even overcome group forces against cooperating.

“Our research should encourage practitioners to stress the importance of a positive reputation to promote cooperation within and between groups,” says Romano. “Reciprocity is an incredibly powerful tool.”