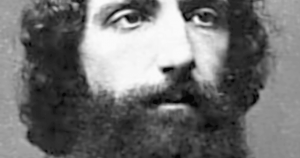 By the turn of the twentieth century, philosophers had begun to devote careful attention to the foundations of logical and mathematical systems. For two millenia Aristotelian logic—with only minor scholastic modifications—had seemed a complete and final explanation of human reasoning. But the geometry of Euclid had also seemed secure, until Lobachevsky and Riemann showed that alternative conceptions were not only possible but useful in many applications. Similar efforts to re-think the structure of logic began late in the nineteenth century. John Stuart Mill tried to develop a comprehensive account of human thought that focussed on inductive rather than deductive reasoning. Even mathematical reasoning, he supposed, can be grounded on empirical observation. Many philosophers and mathematicians, however, took a different approach.

William Hamilton suggested that “quantifying the predicates” contained in traditionalcategorical propositions might permit algebraic interpretation of their content as explicit statements of identity. This view encouraged Augustus De Morgan to propose symbolic expression of the copula as a purely logical relation, whose formal features obtain in many distinct contexts. Thus, for example, De Morgan’s Theorems (suitably interpreted) hold equally well for the intersection and union of sets as for logical conjunction and disjunction. De Morgan also explored Laplace’s notion of probability as a degree of rational belief that may fall between perfect certainty of truth or falsity.

George Boole completed this transformation by explicitly interpreting categorical logic (as we now do) by reference to classes of things. The logical/set-theoretical/mathematical relations that hold among such classes can be expressed at least as well in a “Boolean algebra” as in traditional Aristotelean terms. What is more, as Leonhard Euler and John Venn showed, these relations can be represented perspicuously in purely topographical diagrams whose features model formal validity. All of these developments encouraged philosophers to examine the isomorphism of logic and mathematics more closely.

Frege: The Representation of Thought

The single most important figure in this process was Gottlob Frege, whose technical innovations helped to make it clear that logic and mathematics can be understood as inter-related parts of a single aspect of human thinking. Frege formalized the use of quantifiers in the symbolic representation of logical relations among classes of things and upon use of extensional equivalence (the one-to-one correspondence) as the basis for any adequate definition of number. With these tools, his Begriffsschrift (Concept-notation) (1879) was intended as a comprehensive method for expressing truths about the world.

But these achievements only focussed Frege’s attention more clearly on fundamental issues about the meaning of terms and symbols. What are numbers, really?

Somehow, numbers (and other significant notions) must be entirely objective without linking them too directly to objects. Frege’s solution involved an appeal to concepts as beings in their own right, independent both of the objects they represent and of the minds that have them.In “Über Sinn und Bedeutung” (“On Sense and Reference”) (1892), Frege developed this theory with respect to informative statements of identity such as “The morning star is the evening star.”The status of such an assertion is a bit puzzling. Since “the morning star” and “the evening star” both refer in fact to the planet Venus, the statement reduces to the tautology that “Venus is Venus,” which conveys no more significant content than does ” 7 = 7 .” But since we experience the bright objects in the sky at distinct locations on different days, they do naturally come to have two names instead of one, and learning that they are one and the same seems genuinely informative. Frege explained such situations by distinguishing between the sense and the reference {Ger. Sinn und Bedeutung} of any linguistic unit of meaning. The sense of a word, phrase, or symbol is just the concept it expresses, while its refence is the object it represents.

Not only does this solution works fine for proper names, but it also has interesting results when generalized to apply to other units of meaning. According to Frege, every sentence has as its sense just the thought or judgment that it is ordinarily used to express. But each sentence must also have a reference, the real object to which it refers, and this in every instance Frege took to be either TRUEor FALSE. In this application, the theory accounts for cases of mistaken belief, establishing referential opacity while preserving a purely extensional notion of logical equivalence. The methods Frege employed in this paper had even greater influence than merely providing a respectable solution to a specific problem, since they served as an important model for the development of philosophical analysis generally.

The culmination of the new approach to logic lay in its capacity to illuminate the nature of the mathematical reasoning. While the idealists sought to reveal the internal coherence of absolute reality and the pragmatists offered to account for human inquiry as a loose pattern of investigation, the new logicians hoped to show that the most significant relations among things could be understood as purely formal and external. Mathematicians like Richard Dedekind realized that on this basis it might be possible to establish mathematics firmly on logical grounds. Giuseppe Peano had demonstrated in 1889 that all of arithmetic could be reduced to an axiomatic system with a carefully restricted set of preliminary postulates. Frege promptly sought to express these postulates in the symbolic notation of his own invention. By 1913, Russell and Whitehead had completed the monumental Principia Mathematica (1913), taking three massive volumes to move from a few logical axioms through a definition of number to a proof that ” 1 + 1 = 2 .” Although the work of Gödel (less than two decades later) made clear the inherent limitations of this approach, its significance for our understanding of logic and mathematics remains undimmed.

Late in the nineteenth century, a group of Austrian philosophers grew dissatisfied with the excessive subjectivity fostered by the philosophy of the later German idealists. Borrowing their methods from the emerging sciences of psychology and sociology, these phenomenologists sought to restore a proper balance by securing the objectivity of experiential content at all costs.

The basic approach of phenomenology was first developed by Franz Brentano, who was influenced both by scholastic versions of Aristotelian thought and by the radical empiricism of Hume. The central concern of philosophy, Brentano supposed, is to understand the nature and content of awareness in ways that illuminate the distinction between the mental and the non-mental.

In Psychologie vom empirischen Standpunkt (Psychology from an Empirical Standpoint) (1874) Brentano proposed that every mental act be understood to have a doubly significant representational function, designating both itself reflectively and a phenomenal object intentionally. Indeed, this distinction between acts and their objects precisely delineates the crucial distinction for Brentano, since “intentionality is the mark of the mental.” One and the same phenomenal object can be intended by mental acts of different modalities—believing, imagining, etc. Thus, Brentano held that although each intentional act is itself subjective, its intention is an objective thing or fact in the world.

Brentano applied a similar set of distinctions with respect to moral theory in Vom Ursprung sittlicher Erkenntnis (The Origin of Our Knowledge of Right and Wrong) (1889). Although our emotional attitudes about human behavior are thoroughly subjective, the particular human actions they intend are objective features of the world, which sometimes carry self-evident value in the same way that other right judgments do.

Brentano’s emphasis on the objectivity of intentional objects gives rise to a serious question about our ability to think about non-existent objects. If “the golden mountain” does not exist, what feature of reality preserves the objectivity of our intention? Alexius Meinong tried to provide a systematic answer to such questions by introducing a third element that mediates between a mental act and its object, the content of the act (rather like Frege’s sense). Extrapolating from this idea, Meinong distinguished several levels of reality among objects and facts about them in Über Möglichkeit und Wahrscheinlichkeit (On Possibility and Probability) (1915):

Although Meinong’s scheme successfully guarantees the objective reality of intentional objects of every sort, its ontological cost is high. The world according to Meinong is crowded with false facts and non-existent realities. It was (at least partly) in reaction to such a lush landscape that Russell and Quine later developed more parsimonious notions about what is.

Another of Brentano’s students, Edmund Husserl, developed the phenomenological method in a less formal vein. In his Logische Untersuchungen (Logical Investigations) (1901, 1913) andMeditations Cartésiennes (Cartesian Meditations) (1931), Husserl aimed for a science of pure abstract thought that arrives at truth about the atemporal essenses of things. From our experience of the phenomena, Husserl supposed, we must somehow intuit the genuine, lasting character of what most truly persists through all. Thus, although human consciousness remains supremely important as the unique source of our knowledge, our goal must always be to transcend the temporal limitations of ordinary experience in order to fathom the timeless reality that underlies it. It was this version of phenomenology that most significantly influenced the philosophy of Heidegger.