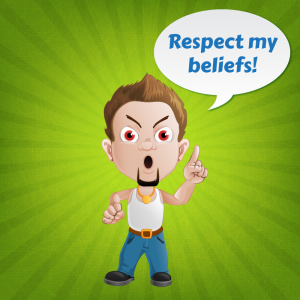 There once was a little girl who lived in Ontario, Canada. Makayla. She was just eleven years old when she was diagnosed with leukemia. As horrifying as this diagnosis sounds, doctors were quite hopeful that the girl would survive, giving her a seventy-five percent chance of beating the disease. As prescribed, the young girl underwent eleven weeks of chemotherapy. Unfortunately, her treatment stopped there.

You see, Makayla belonged to the New Credit First Nation and was brought up to believe in the power of indigenous medicine. Surrounded by those who swore by natural and spiritual remedies, she hardly had an opportunity to be skeptical. At eleven, children rarely doubt what their entire family swears is true. While undergoing chemo, the little girl says she saw Jesus and took that as a sign. She quickly penned a letter to her doctors informing them that she would not be continuing with her chemotherapy. Instead, she would rely on the indigenous medicine her family swore by.

Makayla succumbed to a treatable leukemia just a short while later.

There are few families who would choose, on purpose, a route to treating a survivable illness that will likely end in death. Makayla’s family and the girl herself, clearly believed that the indigenous medicine they chose would be the best option to save her life. She died because of these beliefs… and that is all they are, being as there has never been any scientific evidence to back up the idea that natural remedies can be just as effective as chemotherapy when it comes to leukemia. This was a matter of faith, and faith alone.