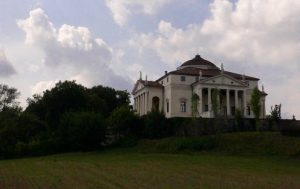 Might we enjoy our homes more if their rooms were characterised by their sense of loftiness or intimacy or cheerfulness or melancholy rather than lifeless labels such as ‘media room’ or ‘home office’? 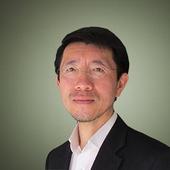 We take for granted that buildings are classified and designed according to a specific use: a library, say, or school, prison or hospital. A room, or an open area (“a space” in our modern jargon), too, is determined by its function, so we label them as bedroom, living room, boardroom, office, study or even a gift-wrapping room (if you are a Hollywood star).

Such classification is relatively new in human history. In pre-19th-century Europe and pre-modern China of more than 3,000 years, there were very few or no building types.

In modern times, overt specificity and its opposite, open planning, have caused a few problems: short building lifespan, on the one hand, and bland, lifeless open buildings, on the other, are two.

Rooms for cooking, washing and answering nature’s call must cater to these specific uses. Still, these rooms, like others, can be conceived and designed with singular or multiple characters.

We can, for example, wash in a particular room, but we may also bathe or even read there for pleasure if the room has a serene character. We often speak of rooms in terms of human character: a secretive room, a cheerful room, a gloomy room, a feminine room, a dreamy room … the list goes on.

A narrative of rooms

What did it do to humans when in pre-modern times a building was composed with a narrative of rooms and gradually given a “life” of its own? 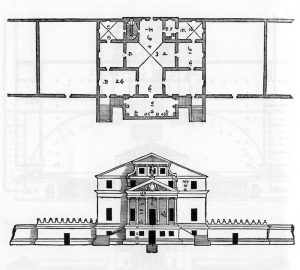 It would be inconceivable for a modern architect to receive the instruction from a client to design a building with rooms of various characters. But this was exactly what Andrea Palladio – the 16th-century Renaissance master – was instructed to do.

Give me a dozen rooms, some for me, some for my wife, some for my sons, some for servants and some for “ease”, asked the Veneto noble when he desired a country villa. Other than the differentiation between more open rooms (entrata, sala) and more enclosed ones (stanze, camere and camerini), these rooms are sequentially characterised from expansive and lofty to cosy and intimate. 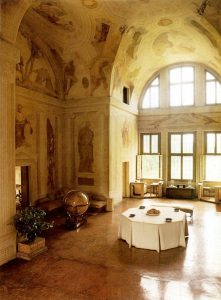 The distinctive atmosphere and ambience of every room in Villa Foscari are no accident.

Throughout their long summers, the Veneto nobles loafed around in such ensembles of interconnected rooms to pursue otium – a Roman ideal of leisurely time spent away from business and politics in the city to read literature and philosophy, and to converse and revel in the country.

They often travelled with furniture when they visited each other in those splendid villas. Depending on the mood and the need, a canopy bed could be set up in either a stanza or a camera, hence a circumstantial bedroom in the modern sense.

The entire Villa La Rotonda, conveniently positioned on the top of a hill, was on occasions turned into this magical theatre at night with its rooms becoming viewing boxes – from where the guests would be entertained with fireworks in the valley.

Around a courtyard, each room has its place

For more than three millennia, the Chinese built everything – from house, shop, factory, theatre and temple to imperial palace and the entire city – following one configuration, a courtyard.

But the rooms lining and within the courtyard – some elevated, expansive and magnanimous, and some grounded, hidden and secretive – were designated to play different social roles.

The patriarch and his wife lived in the central building on the axis; the married sons were housed in the two side-wing buildings; the unmarried daughter and the servants were tucked away in the rows of rooms in the rear courtyard. 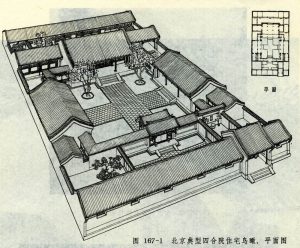 One’s destiny and the character of the room were matched based on the legible Confucian decorum. The central tang – the hall – was elevated on a stone platform with its southern façade open to the lower court.

This must have been an expected and yet imperative sequence: stepping up to the hall, being allocated the appropriately positioned mat, and sitting down to converse while facing the courtyard below.

The hall is reserved for the distinguished; the lesser must remain in the courtyard. To rise to the hall without an invitation from the owner therefore is an offence. In the imperial palace, the emperor, sitting in the hall, would give audience to his ministers, on their knees, in the court.

A place under Heaven

The courtyard itself is a room with a character. Though the four wings of the courtyard frame the sky, the Chinese leave their Heaven “unclaimed” in blandness.

When leaves fell in the imperial courtyard, the emperor was informed about the arrival of autumn. Women and children cut golden leaves in various shapes and stuck them on their sideburns: a long-forgotten Chinese custom under the Song dynasty.

Heaven’s pulse, in this Song celebration of autumn, is felt through the framed sky in the courtyard, but its true meaning remains on earth – that is, the connection of the emperor with his subjects. Unsurprisingly, the emperor is “the son of Heaven”. 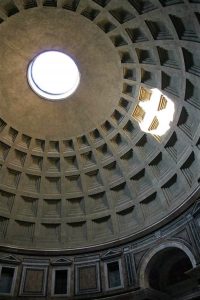 The oculus is ‘Heaven’s eye’ in the Roman Pantheon. Photo by Xing Ruan, Author provided

The atrium in a Roman courtyard domus is narrow and skyward. Its character par-excellence is akin to the oculus in the Pantheon. This “courtyard” is the Roman emperor Hadrian’s homage to both Heaven and man, but man is contained within and, subordinate to, the internalised cosmos.

Though gods were many in classical antiquity, Heaven was to be held in awe. The coffers of the concrete dome, shrinking gradually in size towards the oculus, and still the largest unreinforced concrete dome in the world after nearly 2,000 years, are in the mind’s eye of a modern philosopher a chorus of angels ascending to Heaven.

Rain, snow and occasionally hailstones fall from the oculus. But this is the divine sublime. Even to this day, a cascade of ruby rose petals descends from “Heaven’s eye” (the oculus) on every Pentecost.

By the late 19th century, a large country house of the English aristocracy could have up to 50 defined rooms – ranging from parlour, boudoir, music room, library, gentleman’s room and saloon to cloakroom, china closet, gun room and even soiled linen closet. Professor Robert Kerr took the trouble of writing a book in 1865, The Gentleman’s House, to advise architects on the art of segregation in a house. 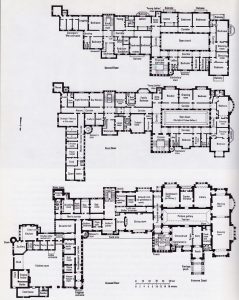 A room for every purpose: Robert Kerr’s 1865 floor plan for Bear Wood.

Unlike that of the 16th-century Veneto nobles, the English country house was fully occupied throughout the year. While the English gentry retreated to some of these enclosed rooms to cultivate a selfhood, this was the end of likening a building and its rooms to a human character, and the beginning of a building as a mechanical apparatus.

“A house is a machine for living in,” declared the French avant-garde architect Le Corbusier in the early 20th century – though his own buildings are more enigmatic than those of his enthusiastic followers.

But not all has been lost. The great New Zealand architect, the late Sir Ian Athfield, and a few of his kindred spirits such as Luis Barragan in Mexico and Geoffrey Bawa in Sri Lanka, conceived and built their buildings as an ensemble of rooms of all sorts of characters.

Their work nonetheless prove the validity of a long-forgotten tradition – that is, architecture was meant to be an art of imitating a human character, rather than “designed” to cater to a specific use only.