Not all technologies are created equal. Researchers devised a new model to explain why, after eons of nothing much new, we sometimes see an explosion of innovation in the archaeological record. 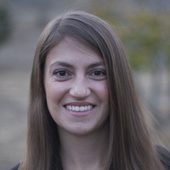 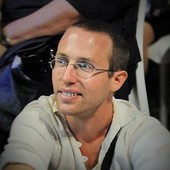 Human beings inherit many genetic traits directly from their parents. However, cultural traits – tools, beliefs and behaviors that are transmitted by learning – can be passed on not only by parents but also teachers and peers. Many animals have learned behaviors, but people are uniquely good at building on existing knowledge to innovate further. This capacity, known as cumulative culture, was captured by Sir Isaac Newton when he said, “If I have seen further, it is by standing on the shoulders of giants.”

And it doesn’t seem like cultural accumulation just proceeds through time at a regular pace. The archaeological record shows some evidence of large bursts of innovation occurring after relatively long periods of little change. For example, the early human archaeological record is composed primarily of stone tools for approximately two million years. Then, from about 60,000 to 30,000 years ago, archaeologists find a burst of creative activity, such as burial sites, art forms including cave paintings and statues, and engraved bone and antler tools.

The process of change in the frequency and distribution of cultural traits over time is known as cultural evolution. But what drives it? Why would the inventory of tools expand at some times and diminish at others? These are questions that have intrigued archaeologists for decades. We propose a new model we think addresses some aspects of how cultural evolution happens – and, crucially, it’s based on the idea that not all innovations occur in the same way. 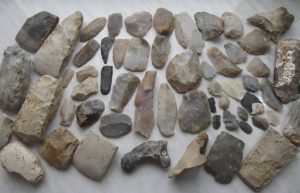 Sometimes our ancestors used the same kind of stone tools with no improvements for millennia. В Михайлюк, CC BY

Since it’s not possible (or ethical) to experimentally manipulate large groups of people, scientists make mathematical models to try to understand how cultural traits evolve. A model of this kind is a set of rules that describe mechanisms that may underlie the process we’re interested in.

For example, a model of cultural evolution could use equations to describe the rate at which individuals invent new things, transmit their knowledge and learn from others. These equations would depend on a number of parameters – things like population size and the rates of invention and learning.

A model can be explored analytically, by calculating what patterns the set of equations predicts, or it could be explored using computer simulations. In our research we did both.

Most of the models of cultural evolution study the spread of technologies and behaviors that already exist in a population. In our recent PNAS paper, coauthored with Stanford’s Marcus Feldman, we introduce a new model of cultural evolution. What’s different about our model is quite simple: we don’t assume all human innovations are created in the same way.

Working with a model is kind of like playing a scientifically minded game of The Sims. On the computer, we simulate a human population of a certain size. We set the rules for a number of interdependent innovation processes to occur at different rates. For example, inventions that can be viewed as “strokes of genius” may be rare, while the invention of tools that are versions of existing ones might be more frequent. 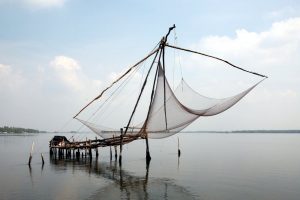 Once people figure out how to fish with a net, additional improvements and combinations with existing technologies can come fast and furious. Hans A Rosbach, CC BY-SA

We allow new “large leaps” in knowledge to occur at a certain rate per person. Once someone in the population has made one of these rare large leaps, other innovations might occur more readily. For example, the invention of a fishing net could lead to other related tools – maybe a weight to sink the net – or combinations with other tools, such as adding a pole to wield it.

These different processes of innovation – lightning-bolt ideas and incremental improvements – occur at different rates. The relationships between them determine whether the accumulation of tools occurs in a stepwise pattern. If large innovative leaps are fairly common, the number of tools in the population can show smooth, accelerating growth. On the other hand, if large-leap innovations are rare, but populations readily invent related tools and frequently combine existing technologies into novel tools, then each new large leap will lead to a rapid burst of cultural innovations in a punctuated pattern.

There are two other important contributors to cultural evolution that our model takes into account. The first is the differential distribution of knowledge in a population. We set our model’s “rules” so knowledge can be concentrated in a subset of the population, such as medicine-men or -women. When knowledge is restricted to a small group, there’s more risk that it may be lost.

Second, our model considers the impact of environmental change. Tools can be lost following a change in environment – think of a climate becoming warmer or cooler – or migration to a new place where existing tools aren’t particularly useful. Our model keeps track of the environments in which every tool is useful – a fishing net won’t be as useful in the savanna, for example. Tools are more likely to be lost when they’re not useful in the current environment.

Real-life reasons for what the model predicts

Researchers continue to debate reasons for the sudden bursts of cultural accumulation in the archaeological record. The general consensus attributes this pattern to external events. Human beings come up with a rush of new ideas due to a change in environment (a survival challenge caused by drought, for instance) or the evolution of new cognitive capacity (brains getting bigger and more powerful).

Our model demonstrates that this punctuated pattern of “cultural explosions” could actually be a feature of cultural evolution itself, playing a role alongside other evolutionary and environmental processes. As long as some innovations are dependent on the existence of other innovations – which is a fundamental feature of human culture – these kinds of bursts in new technology are to be expected.

Our research sheds new light on cultural evolution, deepening our understanding of ancient human evolution. It also reflects how innovation could lead to future technologies that are as yet unimagined.