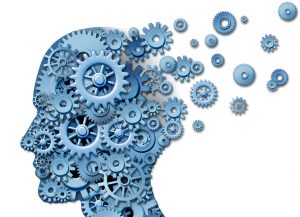 It’s a crucial cog in the your ability to perform a variety of mental tasks. Lightspring via Shutterstock

When you need to remember a phone number, a shopping list or a set of instructions, you rely on what psychologists and neuroscientists refer to as working memory. It’s the ability to hold and manipulate information in mind, over brief intervals. It’s for things that are important to you in the present moment, but not 20 years from now.

Researchers believe working memory is central to the functioning of the mind. It correlates with many more general abilities and outcomes – things like intelligence and scholastic attainment – and is linked to basic sensory processes.

Given its central role in our mental life, and the fact that we are conscious of at least some of its contents, working memory may become important in our quest to understand consciousness itself. Psychologists and neuroscientists focus on different aspects as they investigate working memory: Psychologists try to map out the functions of the system, while neuroscientists focus more on its neural underpinnings. Here’s a snapshot of where the research stands currently.

How much working memory do we have?

Capacity is limited – we can keep only a certain amount of information “in mind” at any one time. But researchers debate the nature of this limit.

Many suggest that working memory can store a limited number of “items” or “chunks” of information. These could be digits, letters, words or other units. Research has shown that the number of bits that can be held in memory can depend on the type of item – flavors of ice cream on offer versus digits of pi.

A different theoretical approach instead argues that the capacity limit arises because different items will interfere with each other in memory.

And of course memories decay over time, though rehearsing the information that’s in working memory seems to mitigate that process. What researchers call maintenance rehearsal involves repeating the information mentally without regard to its meaning – for example, going through a grocery list and remembering the items just as words without regard to the meal they will become.

In the visual domain, rehearsal may involve eye movements, with visual information being tied to spatial location. In other words, people may look at the location of the remembered information after it has gone in order to remind them of where it was. 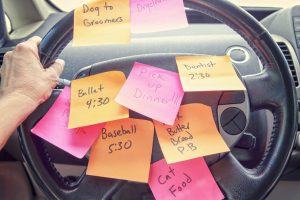 Lots of things we need to remember over the short term can soon be forgotten with no ill effect. Suzanne Tucker via Shutterstock

Long-term memory is characterized by a much larger storage capacity. The information it holds is also more durable and stable. Long-term memories can contain information about episodes in a person’s life, semantics or knowledge as well as more implicit types of information such as how to use objects or move the body in certain ways (motor skills).

Researchers have long regarded working memory as a gateway into long-term storage. Rehearse information in working memory enough and the memory can become more permanent.

Neuroscience makes a clear distinction between the two. It holds that working memory is related to temporary activation of neurons in the brain. In contrast, long-term memory is thought to be related to physical changes to neurons and their connections. This can explain the short-term nature of working memory as well as its greater susceptibility to interruptions or physical shocks.

How does working memory change over a lifetime? 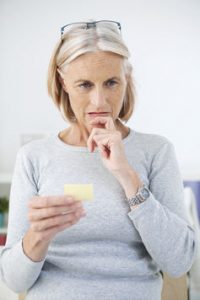 What was I going to write on my list again? Image Point Fr via Shutterstock

The rise and fall of working memory capacity over a lifespan is thought to be related to the normal development and degradation of the prefrontal cortex in the brain, an area responsible for higher cognitive functions.

We know that damage to the prefrontal cortex causes working memory deficits (along with many other changes). And recordings of neuronal activity in the prefrontal cortex show that this area is active during the “delay period” between when a stimulus is presented to an observer and when he must make a response – that is, the time during which he’s trying to remember the information.

Working memory and other cognitive functions

The prefrontal cortex is associated with a wide array of other important functions, including personality, planning and decision-making. Any decrease in the functioning of this area is likely to affect many different aspects of cognition, emotion and behavior.

Critically, many of these prefrontal functions are thought to be intimately linked to, and perhaps dependent on, working memory. For instance, planning and decision-making require us to already have “in mind” the relevant information to formulate a course of action.

A theory of cognitive architecture, called Global Workspace Theory, relies on working memory. It suggests that information held temporarily “in mind” is part of a “global workspace” in the mind which connects to many other cognitive processes and also determines what we are conscious of in any given moment. Given that this theory suggests working memory determines what we are conscious of, understanding more about it may become an important part of solving the mystery of consciousness.

There is some evidence that it’s possible to train your working memory using interactive tasks, such as simple games for children that involve memory ability. It has been suggested that this training can help improve scores on other types of tasks, such as those involving vocabulary and mathematics. There is also some evidence that training to beef up working memory can improve performance for children with specific conditions, such as ADHD. However, research reviews often conclude that benefits are short-lived and specific to the trained task.

Furthermore, the enhancements found in some of these studies could be due to learning how to more efficiently use one’s working memory resources, as opposed to increasing its capacity. The hope for this kind of training is that we can find relatively simple tasks which will both improve performance not just on the task itself but also transfer to a range of other applications.