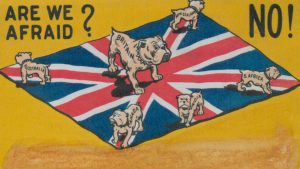 Exploring nations’ reliance on propaganda in World War One, with a focus on symbols and slogans of nationhood and patriotism. 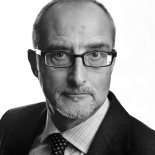 The First World War was the first war in which the mass media played a significant part in disseminating news from the Fighting Front to the Home Front. It was also the first war to target systematically produced government propaganda at the general public. All the belligerents were therefore compelled to recognise that they had to justify the righteousness of the war and, to this end, themes such as patriotism and nationalism played an important role.

‘Your Country Needs YOU’ 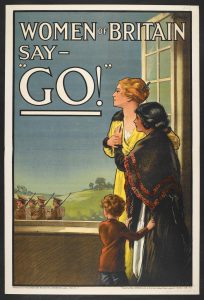 The armies of continental Europe were made up of conscripts, who really had little choice about going to war. In 1914 the British Army, by contrast, was made up of professionals and then volunteers. The British placed immense reliance, therefore, on propaganda to justify the war to the people, to help promote recruitment into the armed forces and to convince the population that their sacrifices would be rewarded.  One of the most enduring images of the war –  much copied and parodied since – remains the distinctive recruitment poster of Lord Kitchener’s heavily mustachioed face and intimidating finger imploring the British population that ‘Your Country Needs YOU’. Stereotypes deeply embedded in national sentiment were invoked to justify Britain’s entry into the war, and British propaganda posters often employed the religious symbolism of St George slaying the (German) dragon.British recruitment posters changed in tone, from appealing to an individual’s honour to ‘mobilisation by shame’. Savile Lumley’s famous poster of 1915 depicted two young children asking their father about his military prowess after the war: ‘Daddy, what did YOU do in the Great War?’ The emotional blackmail of using children to shame their elders into fighting was, in fact, employed by most of the belligerents. Women were also assigned the responsibility for ordering men into war. Perhaps the most well known in this genre is ‘Women of Britain Say—“GO!”’ 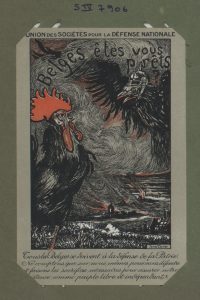 Illustration from ‘Canada in Khaki’, a journal published to celebrate Canadians’ actions on the Front and raise money for the Canadian War Memorial Fund / British Library, Public Domain

Once the initial euphoria (‘war fever’) had subsided, it was imperative to remind people, both at home and in the trenches, of what they were fighting for. The major themes included a call to arms and a request for war loans; as well as efforts to encourage industrial activity, to explain national policies, to channel emotions such as courage or hatred, to urge the population to conserve resources, and to inform the public of food and fuel substitutes.

One tactic at a state’s disposal was the use of iconic figures to strengthen a particular point about national identity in order to promote patriotism. These might be real people presented in a mythologised form as national heroes, or they might come from old myths or popular folklore: Britannia, John Bull and the British bulldog; the German eagle; the French cockerel or the national emblem of France, Marianne –  an allegorical encapsulation of liberty and reason. 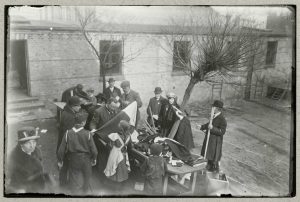 Photograph showing the handing out of the Danish flag to people in Flensburg as part of a campaign during the days running up to a vote on rule, after the war. / British Library, Public Domain

An alternative strategy was the use of material symbols of nationhood. Indeed, a state might have numerous opportunities at its disposal to create narratives and circulate images favourable to its preferred national story – in everyday items such as coins, banknotes and postage stamps, or symbolic structures such as statues, monuments and buildings. Two of the most overt and powerful symbols, which allow citizens to express their affinity with the state, are the nation’s flag and its anthem. 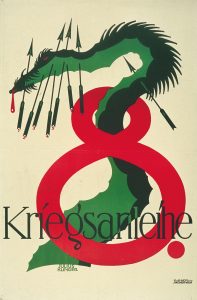 The need to raise money to pay for the war by means of war bonds (or ‘Liberty Bonds’ as they were known in the United States) provided one of the most important patriotic themes for posters and for the new medium of film.  A recurring, related theme was the portrayal of money (coins and banknotes) as an active force in military engagement, for example: ‘Turn Your Silver into Bullets – at the Post Office’. In France, a similar poster, designed by Jules Abel Faivre in 1915, depicted a large gold coin with a Gallic cockerel on it, crushing a German soldier, with the slogan: ‘Deposit Your Gold for France – Gold Fights for Victory’.

All sides, therefore, supplemented their military engagement with propaganda aimed at stimulating national sentiment by means of nationalistic slogans and patriotic calls to arms.