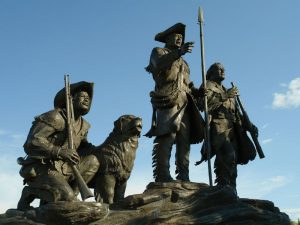 In some ways, he encountered a world unavailable to the enslaved. But in others, the journey was rife with danger and degradation. 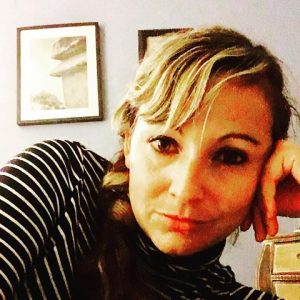 Then again, York didn’t have a say in the matter. Though he had grown up side-by-side with William Clark—future leader of the first-known expedition to travel over land from the Eastern seaboard to the Pacific Ocean—the two were not equals. Clark was the white son of a prominent southern farmer, and York was a black, enslaved laborer.

When Meriwether Lewis invited Clark, his army buddy and an accomplished soldier and outdoorsman, to accompany him on a journey across the newly acquired Louisiana Purchase Territory in 1803, the two conferred at length about the men that would accompany them on what would be called the Corps of Discovery. They selected soldiers that had demonstrated bravery in battle. They chose interpreters and French oarsmen who knew the country better than they. And they chose York, Clark’s 6-feet, 200-pound “body servant.”

According to In Search of York, by author Robert B. Betts, York was born into slavery, the son of “Old York” and Rose, two enslaved laborers owned by Clark’s father John.

During the 28-month journey, Clark experienced a dramatic upheaval. In the West, Clark found a version of servitude vastly different from the one he had been born into. As detailed in The Journals of Lewis and Clark, during the two years of the Corps of Discovery expedition, York handled firearms, killed game and helped to navigate trails and waterways. In early December 1804, York was one of 15 men on a dangerous buffalo hunt to replenish their supply. “Several men returned a little frost bit,” wrote Clark in his journal. “Servents [sic] feet also frosted…” Native Americans they encountered were reportedly awestruck with York’s appearance, and he was later allowed to have a vote in key decisions. But when the men returned to the East legends and heroes, York, whose contributions to the expedition rivaled that of his comrades, returned to a life of enslavement.

When the expedition first left from St. Louis on May 14, 1804, not all of its members—all of whom were white and many of whom had been raised in the South, were eager to have an African-American at their side. And they weren’t shy about sharing their opinions. Just a month in to their journey, one of the party threw sand at York, which according to Clark’s journal, resulted in him “nearly loseing [sic] an eye.”

But York was one of them now, and for all intents and purposes, his role in the Corps of Discovery was equal to that of the expedition’s white men. Back in Kentucky, where the Clark property stood, like all enslaved individuals, he was prohibited from using firearms. But during their journey York carried a gun and regularly managed to shoot buffalo, deer, geese and brant to feed the party. Clark often chose York as one of the men to accompany him on scouting trips and, when game was scarce later on in the journey, York was sent with only one other man to barter for food with the Nez Perce, whose hospitality proved crucial to the expedition’s success. When the men voted on where to spend the winter of 1805, according to Clark’s journal, York’s ballot was counted as equal to the others.

A combination of fear and curiosity about York may have given Lewis and Clark a leg up in their interactions with Native Americans across the West. As historian Thomas P. Slaughter points out in Exploring Lewis and Clark, “For the Nez Perce, all of the expedition’s men were remarkable, but York was the most alien of all.” A handful of white men—primarily early Russian trappers and seamen—had passed through Pacific Northwest territory by the early 19th century but apparently never a black man. Not believing his skin color was real, they tried to “rub the black off with coarse sand,” only stopping when blood began to ooze from the raw spot.

Clark encouraged the Nez Perce they encountered to closely examine York and, mentions in his journal goading him to “perform” as, alternately, a frightening monster or as a harmless dancing buffoon. There is no mention of showing off any of any of the other men in the Corps of Discovery as objects of curiosity.

According to Slaughter, this exhibition of York made a lasting impression. The Nez Perce have carried an oral history of trying to wash the color from York’s skin well into the 20th century: “They called him ‘Raven’s Son’ for his color and the ‘mystery’ he embodied.” In one Nez Perce legend recorded in 1966, members of the tribe wanted to slaughter the party when it emerged from the Bitterroot Mountains but feared retaliation from “the black man.” When the expedition needed horses to cross the Rocky Mountains, the Shoshone were unwilling to barter with Lewis until he promised them a glimpse of the “extraordinary” York.

Despite his contributions to the Corps of Discovery, Clark refused to release York from bondage upon returning east. It wasn’t unheard of that a master might manumit an enslaved laborer as a gesture of gratitude, and Clark himself had released a man named Ben in 1802 “in consideration of the services already rendered.” But during his time in St. Louis and later when the Clark family traveled to Washington, D.C., York was forced to remain at Clark’s side.

Then, three years after their return from the West, sometime in the late summer or early fall of 1809, York’s “misconduct” led to a falling out with Clark. He removed York from his “privileged” position of body servant and hired him out for at least a year to a Louisville, Kentucky, farm owner by the name of Young. York had a wife back in Louisville, whom he married before leaving on the expedition, and there is some evidence that he had made requests to be returned to Kentucky from Clark’s home in Missouri to be with her. Clark’s decision to send him away, however, was not meant to honor York’s appeals—Young, his temporary owner, was notorious for physically abusing his enslaved laborers.

It was during York’s time in Louisville that his story becomes spotty; Clark doesn’t mention him in writing again. In fact, it wasn’t until some 20 years later, in 1832, that Clark spoke publicly of York. During a visit from Washington Irving (of The Legend of Sleepy Hollow fame), Clark revealed that he freed a number of his slaves, including York, who he said began a business as a wagonner. Clark, whose account betrays a clear prejudice, claimed freedom was York’s downfall:

“He could not get up early enough in the morng [sic] – his horses were ill kept – two died – the others grew poor. He sold them, was cheated – entered into service – fared ill. Damn this freedom, said York, I have never had a happy day since I got it. He determined to go back to his old master – set off for St. Louis, but was taken with the cholera in Tennessee & died.”

Clark’s story about York may be the most official surviving evidence of his fate, but it is not the end of his legend. Stories place him sharing stories of his travels in the taverns of St. Louis.

Zenas Leonard, a trapper who traveled to the Rockies in 1832, recalled meeting an old black man living among the Crow in Wyoming who claimed he had first come to the territory with Lewis and Clark.

Wherever York ended up, according to Betts’ book, it is reasonably certain that he was manumitted sometime between 1811 and 1815.

As a free man, York slipped into anonymity, struggling to survive in a system meant to keep African-Americans repressed. But as an enslaved laborer, in bondage to his master, York saw the American continent—and left more of a legacy, albeit one written without his consent—than most men of his era ever would.