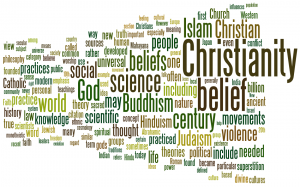 Millennials are literally the Republican Party’s worst fear realized: An entire generation that is going to be impossible to pander to with a Bible.

A research team analyzed data from 58,893 respondents to the General Social Survey between 1972 and 2014, and they found a sharp decline in religious observance

“Most previous studies concluded that fewer Americans were publicly affiliating with a religion, but that Americans were just as religious in private ways, said Jean M. Twenge, a psychology professor at San Diego State University who led the research team. “That’s no longer the case, especially in the last few years.”

The steepest decline in religiosity was found among respondents who are between 18 and 29 years old.

Republican politics depend entirely upon wedge issues like abortion, prayer in school, immigration and just plain ol’ racism. But Millennials are not interested in much racism, clearly could less about religion and approach abortion from a “It’s none of my business” viewpoint.

The religion aspect is particularly dangerous for Republicans as abortion has ALWAYS been their go to issue when they have nothing else. Without the ability to thump a Bible and scream about unborn souls, how will they appeal to the largest voting cohort in the country? They’ll be forced to run on the issues instead of the distractions.

Good luck with that.

Even more delicious is the fact that the Religious Right has no one to blame but themselves for this widespread abandonment of organized religion.

For decades, conservative Christians have been conflating religion and Republican politics. It finally reached a point where you could not even RUN as a Republican without praising JAYzus with every other breath.

As the right retreated into a bubble of misinformation fed by Fox News, AM Hate Radio and right-wing preachers, they became angrier and more hateful. This hate and rage fed on itself and grew to monstrous proportions. So much so that millions of Millennial’s formative experiences with religion were frothing madmen screaming about executing homosexuals and preaching pure unadulterated hate for any kind of diversity.

Naturally, Millennials rejected this insanity and that was it for organized religion. The Religious Right has been a cancer on this country for my entire life and it’s finally starving itself to death.

Don’t you just love a story with a happy ending?