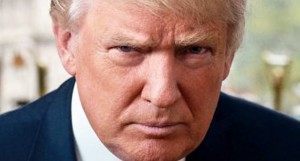 The U.S. Constitution makes no mention of political parties, and for good reason.

Many of the Founding Fathers expressed abhorrence at the prospect of parties rising up and controlling federal elections. As a layer of protection against runaway ideology, the Electoral College was inserted into the presidential process – as, frankly, an elitist arbiter of the final choice — to protect against a roiling populace that favored a candidate supporting authoritarianism or anarchy.

Many political observers would say the nation faces such a situation in 2016, with Donald Trump as the Republican Party frontrunner. As was reported earlier this week (relying on information from Trump’s most longtime loyal aide), the GOP frontman is more than a narcissistic authoritarian – he may privately fancy himself as a future king, not a president.

Trump’s persona and lifestyle certainly are worthy of alarm bells, but the Electoral College voting process in the 21st Century represents a mere formality. In the early decades of the republic, candidates paid scant attention to vote totals and instead focused on the Electoral College outcome. Today, the electors don’t dare deviate from the electorate, and the only method of derailing a dangerous, strongman candidate, as detestable as it would be to the Founders, is for a political party to step up.

So, it’s come down to this.

Is the Republican Party establishment ready to engage in warfare at a contested national convention, to alter the rules and tweak the system, in order to block Donald Trump from gaining the presidential nomination?

Or, from a partisan standpoint, are they willing to safely sit back, allow Trump to grab the title of GOP standardbearer, watch him lose to Hillary Clinton in the fall and drag down enough Republicans to surrender control of the Senate to the Democrats?
Almost every poll shows that Trump is the weakest GOP candidate against Clinton, and losing to the despised former first lady would make millions of Republicans recoil from the political process altogether. GOP strategists in state after state openly fret that the Senate will be a lost cause with Trump at the top of the ticket.

But instead engaging in behind-the-scenes manipulations to stop Trump at the convention, which is a far simpler process than many GOP voters might imagine, likely would produce such a backlash that perhaps many more millions would be lost to the GOP forever.

Such a move may not result in riots, as Trump matter-of-factly predicts, but it would mean a political “bloodbath” on the convention floor, on live TV. It could leave the party wounded for many years to come – if it survives at all.

An unacceptable risk
Some in the Republican establishment openly argue that Trump’s bombastic behavior presents such a risk, especially in the area of foreign affairs, that the party must rise up to stop him. Ross Douthat, the resident conservative at the New York Times’ Op-Ed page, made an impassioned plea recently, arguing that, absent a Trump majority of delegates, the party, not the voters, must choose its nominee:

… Denying him the nomination would indeed be an ugly exercise, one that would weaken or crush the party’s general election chances, and leave the GOP with a long hard climb back up to unity and health.

… But if that exercise is painful, it’s also the correct path to choose. A man so transparently unfit for office should not be placed before the American people as a candidate for president under any kind of imprimatur, save his own. And there is no point in even having a party apparatus, no point in all those chairmen and state conventions and delegate rosters, if they cannot be mobilized to prevent 35 percent of the Republican primary electorate from imposing a Trump nomination on the party.

Though Trump may more likely arrive at the July convention in Cleveland with a plurality of 40 or 45 percent of the delegates, not 35 percent, some lawyers with expertise in convention rules say that a brokered convention is a logical outcome.

“The media has created the perception that the voters choose the nomination. That’s the conflict here,” Curly Haugland, an unbound GOP delegate from North Dakota, told CNBC’s “Squawk Box.” The attorney even questioned why primaries and caucuses are held.

“The rules haven’t kept up,” Haugland said. “The rules are still designed to have a political party choose its nominee at a convention. That’s just the way it is. I can’t help it. Don’t hate me because I love the rules.”

Haugland sent a letter to each campaign alerting them to a dramatic rule change he’s proposing, which would allow any candidate who earns at least one delegate during the nominating process to submit his or her name for nomination at this summer’s convention.

Others horrified by the Sophie’s Choice facing the party take a more measured approach toward convention tactics. The key to controlling a brokered convention, some legal experts say, is to win a majority of the 112-member Rules Committee that presides over a convention every four years.

That panel, with two representatives from each state and U.S. territory, wields enormous power to erect numerous obstacles to a Trump nomination. While the 2,472 convention delegates have the ultimate say, the Rules Committee faces nearly no boundaries in establishing the convention process.

For example, Trump and Ted Cruz tacticians could use Rule No. 40, the eight-state threshold, to shut out John Kasich and prevent Marco Rubio supporters from exerting influence. That rule, which says only candidates who won at least eight states or territories can be nominated on the convention floor, was created in 2012 by Romney backers to block Ron Paul.

But just as the threshold rule was rewritten four years ago, it can be altered again by the Rules Committee in Cleveland. Ben Ginsberg, the attorney and Romney ally who spearheaded the drive to raise the threshold, told Politico it would be reasonable for the rules panel to adjust the number again “wherever it wants to.”

Two other highly controversial rule changes would have a dramatic effect on the outcome in Cleveland: the Haugland proposal that says delegates are not bound by the outcomes of the state primaries and caucuses, and a proposal that would end the winner-take-all basis for awarding delegates in some states.

Depends on your definition of ‘people’s choice’

As Douthat noted in his Times column, the club-like party nominating process offers few of the protections associated with the ideal of “one man, one vote.” Voters in early states have far more influence than voters in later ones. Caucuses are far less democratic than primaries, yet the distribution of delegates makes no distinctions based on each state’s type of voting process. Some primaries are limited to party loyalists, shutting out independents who represent the nation’s largest voting bloc.

“The rules that assign convention delegates are byzantine, the delegate selection process is various, and a few states rely on conventions and cut the voters out entirely,” Douthat wrote.

What’s more, residents of the territories have a say at nominating conventions but not in the actual general election for president.
It’s also important to note that the 2016 sequence, going from 17 candidates to three, is absolutely unprecedented. Which contender among the final three is favored by those who voted for Jeb Bush or Rand Paul? Do we simply assume, based on educated guesses? If not, who speaks for those 14 former candidates? Surely, their combined votes received represent far more voices of the people than the totals recorded in some states.

In a guest column, Georg Vanberg, a professor of political science at Duke University, made the case that the nominating process has never adhered to pure democracy:

… If Trump fails to win a majority of delegates, the logic is … clear: securing a plurality of the vote (or delegates) does not provide Trump with any special claim to legitimacy, nor does it give him the mantle of “the people’s choice.”

In this case, a brokered convention that denies him the nomination is not a coup in which the party’s establishment thumbs its nose at the electorate. On the contrary, such an outcome can represent the preferences of many voters, and have an equally powerful claim to be “democratic.”

In other words, just as the Founders viewed the popular vote as a nonbinding factor for Electoral College members to consider, a political party can view a muddled primary season outcome in a number of ways when deciding who will best serve as its nominee.