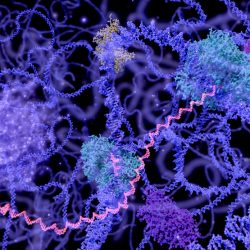 Cell nucleus with RNA. / Shutterstock By Dr. Elisa Lazzari / 10.06.2016 Postdoctoral Fellow in Biomedical Sciences University of California, San Diego With over 75 million baby boomers in the U.S. alone, age-related diseases are a major concern in the health care system. The connection between aging and cancer has become a pillar in medicine:[…] 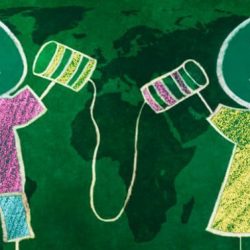 By Tanja Taljaard / 10.07.2016 anzania 1962 – In a mission boarding school near Lake Victoria, there was an epidemic of laughter, which affected over 1000 people. Three students started laughing uncontrollably, and six weeks later, more than half the school had been infected. The school was closed, but the laughter broke out again in[…] 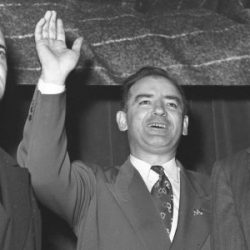 Sen. Herman “Little Joe” Welker of Idaho (left) stands with Sens. Joseph McCarthy of Wisconsin (center) and John Marshall Butler of Maryland (right) at a Dec. 11, 1951 “testimonial dinner” in Milwaukee. The Singing Senator vs. Little Joe from Idaho.  The short period from 1947 to 1956 may well have been the most tumultuous and[…]