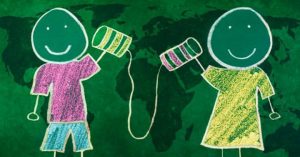 anzania 1962 – In a mission boarding school near Lake Victoria, there was an epidemic of laughter, which affected over 1000 people. Three students started laughing uncontrollably, and six weeks later, more than half the school had been infected. The school was closed, but the laughter broke out again in a village miles away. Other outbreaks started over a wide area. It began on January 30th and lasted for about 9 months.

How do emotions, such as happiness, anger, and loneliness spread rapidly among people in a social network? What is social contagion and how does it work?

It is no surprise that the people closest to us, those we spend a great deal of time with, significantly influence us. Likewise, we have the ability to influence others through our interactions. Psychologist, Stacey Max, explains that we are born with a certain temperament. Then, through the course of our lives certain experiences and certain people shape who you become. It can be said that ‘nature’ is our predisposition at birth, while ‘nurture’ refers to how we are influenced by family, friends and environment. 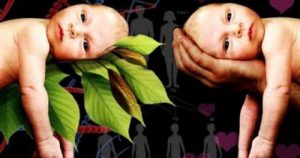 However, research shows that our moods and behaviour are also influenced strongly by people we don’t know. According to this research, we are affected by the moods of those removed from us by three degrees of separation, people whom we have never met. They may include friends of our friends, and then their friends.

Likened to a virus, moods and behaviour can be transmitted through our social network. The Tanzanian laughter epidemic, rumoured to have occurred in or near the village of Kashasha, spread to other schools, Kashasha itself, and then to another village. It was believed to have affected over a thousand people.

Everything we do is like a Pebble in a Pond

Our thoughts and beliefs, physical health, happiness and habits, influence others through networks of friends in ways that are not entirely understood. Nicholas Christakis, a medical sociologist at Harvard Medical School in Boston, says that they ripple though networks “like pebbles thrown into a pond”.

It applies in both real and virtual worlds (like Facebook). Together with James Fowler, an American social scientist, Nicholas made this connection by studying 53,228 social connections between 5124 people who took part in a decades-long clinical study. In 2009 they published a book called Connected.

The Power of Networks

We live in interconnected social networks. Social influence operates mostly at a subconscious level. Some people are more susceptible than others, and similarly, some people are more influential than others. The norms of our society or group hold a lot of sway. Without thinking, we tend to copy others to be part of a group, especially if it’s one we relate to or want to be a part of it. 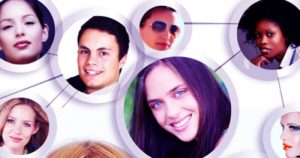 Some people are more connected than others

Christakis and Fowler’s research shows that what we do echoes out through three levels of friends before it loses impact. New social norms are adopted through the network, by the network. It can change the idea of what is acceptable. Why only three degrees? One theory is that friendship networks are inherently unstable because peripheral friends tend to drop away. 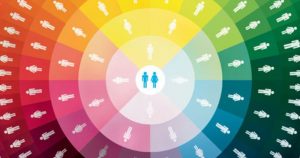 The structure of our social networks are shaped by many factors: where we live, work, our income, interests, family size, education, religion, and our tendency to gravitate towards people similar to us.  The authors have also found that human social networks are encoded in our genes. We are after all inherently social creatures.

We achieve more in groups than we can ever achieve by ourselves. The key for the spread of anything, sociologist Duncan Watts says, from happiness to the preference for a particular song, is a critical mass of interconnected individuals who influence one another. Therefore, happiness is not only an individual matter.

The Three Degrees of Influence shows that our community and social network are like a honeycomb in which people influence one another. This implies that the foundation of individual happiness relies on both individual and collective contributions. As happy people cluster together, a flourishing community is formed. And flourishing could grow to a larger loop of people at the community level, where individual well-being or happiness would be able to be achieved and maximized. – Timothy So 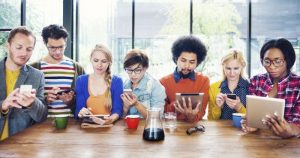 Who are the influencers in your community?

The Collective Intelligence of Social Networks

Social networks are complex, dynamic, and constantly evolving. It can have properties and functions that aren’t controlled or even perceived by the people within them. Rather, it has a shared intelligence greater than the individual. It’s similar to the way in which a flock of birds, where there’s no leader, self-organises. Some people hover on the edge of networks while others are at the centre of them.

What can we do to maintain a healthier social network?

“Our social fabric can fray at the edges, like a yarn that comes loose at the end of a sweater. If we are concerned about combating the feeling of loneliness in our society, we should aggressively target the people on the periphery with interventions to repair their social networks. By helping them, we create a protective barrier against loneliness that can keep the whole network from unravelling.” 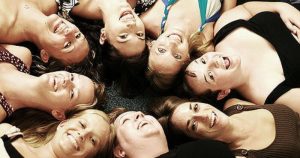 “Catching” the moods, habits and state of health of those around us, as well as those we do not even know can seem unsettling. However, awareness of the effects of social contagion can offer ways to counter it, or use it in a beneficial way. “There’s no doubt people can have some control over their networks and that this in turn can affect their lives,” says Christakis.

Connections in the Digital Age

The Internet has allowed the development of new types of connections that were not previously possible. More people are now more connected than ever before. Christakis feels that if we realised how valuable social networks are, we’d spend more time nourishing and sustaining them, as they are necessary for the spread of good and valuable things. “I think social networks are fundamentally related to goodness. And what I think the world needs now is more connections.”