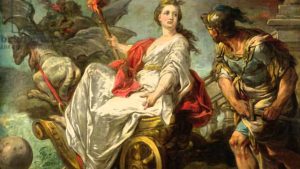 A dramatic tale of love, betrayal, and vengeance, Medea is continually reinvented for new audiences. 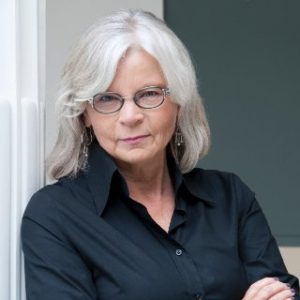 Probably no other ancient play has been produced in modern times as often as Medea. Although it only won third place when it was first performed, it soon became popular, and was one of a set of ten plays by Euripides that were widely known from antiquity through the Middle Ages.

The Athenian audience who attended the festival of Dionysos to see Euripides’s Medea in 431 B.C. was well versed in the legends of Jason and Medea–they wanted to see what the great Euripides would make of them. And he did not disappoint: Medea’s killing of her children and her escape in the chariot of the sun were apparently invented by the poet himself, his personal contribution to epic legend.

The play Mojada: A Medea in Los Angeles, being performed at the Getty Villa this fall, is the latest in a series of modern productions and adaptations of the story. Playwright Luis Alfaro moves Euripides’ ancient story to present-day East L.A., changing settings and names but keeping the essence of its characters intact. To understand Mojada, it helps to have a grasp of the story’s ancient roots. 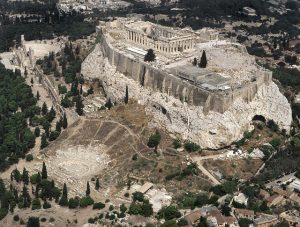 Euripides’ plays were performed in the vast theater of Dionysos, shown in the foreground in this view of the Acropolis. Photo © and courtesy of Hans Rupprecht Goette

Backstory: The Myth of Jason and Medea

The legendary adventures of Jason and Medea form the backstory to the action in Medeaand Mojada. Ancient Greek theatergoers would have known the tales well.

Jason is heir to the throne of the Greek kingdom of Iolcus. After his uncle Pelias usurps his father’s place, Jason spends his childhood hidden on Mt. Pelion, raised by the centaur Cheiron (the tutor of Achilles).

When Jason comes of age, Pelias promises to return the throne to him—if he can complete a number of overwhelming tasks. One of these is to find the Golden Fleece and bring it home to Thessaly. The fleece is kept by king Aeëtes at the eastern end of the Black Sea at Colchis, where it is hung in an oak tree and guarded by a vicious dragon. To make the journey Jason builds a strong ship, which he names the Argo, and mans it with a crew of Greek heroes, legendarily known as the Argonauts.

To assure Jason’s success, his protectress Hera causes the sorceress princess Medea, Aeëtes’s daughter, to fall in love with him. Backed by Medea’s powers, Jason is able to yolk two fire-breathing bulls, plow the field of Ares, and sow it with dragon’s teeth. He also overcomes the dragon itself and collects the Golden Fleece.

Faithfully promised to one another (Euripides is not clear on their married state), Jason and Medea set out for Iolkos to claim Jason’s heritage. They are angrily pursued by her family, who seek to reclaim the Fleece, their most precious possession, and exact revenge for her betrayal. In the ensuing conflict Medea kills her own brother, Apsyrtus, throwing chunks of his body into the sea to distract the mourning Aeëtes, who slows to gather up the pieces of his murdered son.

When Jason and Medea arrive in Iolkos, they find the aging Pelias unwilling to yield the throne. His daughters, however, are concerned about his age and seek Medea’s help to rejuvenate him. As a show of her powers Medea cuts up a ram, throws the pieces in a boiling cauldron, and brings it back to life.

This convincing example serves Medea’s cause well, and the women cut up their father to boil him into youth. This time, though, Medea withholds her magic, leaving Pelias dead. But instead of finally attaining the throne, the murderous duo is exiled together with their two sons. They flee to Corinth, where Euripides opens the next chapter. 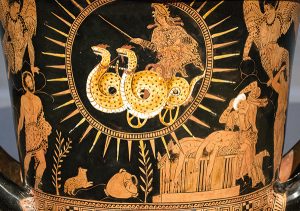 The Plot of Euripides’ Medea

The play opens at a fateful moment. Medea, deranged and vengeful, has just learned that Jason intends to marry the princess of Corinth. She laments off-stage while the nurse sets up the story with grave concern, fearful for the future of the boys in the face of their mother’s need for revenge. The Chorus of local women arrive and Medea appears, persuading them to remain quiet about any plans she might make. Creon enters, banishing her from Corinth immediately, but Medea persuades him to give her just one more day.
Jason arrives and, in the face of Medea’s accusations, attempts to convince her that this marriage is best for their family. Aegeus, the king of Athens, visits Medea and promises to provide her refuge if she will help him over his childlessness. Her escape assured, Medea decides that killing her children is the only way to properly punish Jason for his betrayal. She pretends to make peace with Jason and sends the boys to the palace with a gift for his new bride: a gown and tiara soaked in poison.

After wrestling with her conscience, Medea steels herself to the act of killing her children, whose death cries can soon be heard off stage. Jason returns to the house, in shock from the disaster at the palace, only to find a greater tragedy at home. Medea appears above the orchestra like a god (deus ex machine) in the dragon chariot of the sun, holding the two dead boys in her arms. Despite Jason’s desperate pleas, Medea escapes with their corpses, eliminating Jason’s progeny forever. 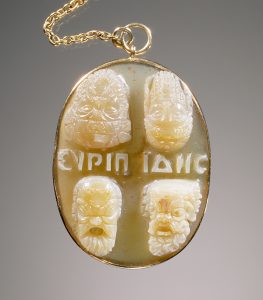 Euripides was one of many poets of the fifth century B.C. whose work sprang from the ancient Homeric epic poetic tradition. His plays, in turn, inspired Hellenistic poets of the fourth and third centuries B.C., including Apollonius Rhodius, author of the epic poem of Jason and the Argonauts known as the Argonautica. In the global Mediterranean of the Hellenistic era, Athens was replaced as the center of literary creativity by Alexandria, Egypt, where the Museum (the Shrine of the Muses) held an astonishing quantity of Greek literature in its famous library. Although most of what Apollonius read was lost in the tragic burning of the library, the surviving 19 plays of Euripides (out of 92) continue to inspire today’s playwrights.