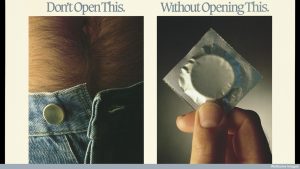 Condoms have been with us for thousands of years, but the original condoms probably weren’t all that good for safe sex. Though tortoiseshell, animal intestine and linen have all been used to make them, it was Charles Goodyear’s discovery of vulcanised rubber in 1839 that brought condoms to the masses. 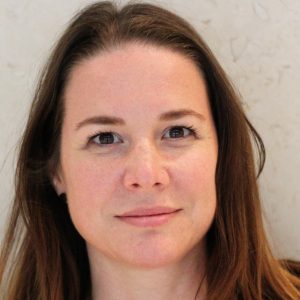 The first documented use of a condom in Europe was in 1564 by the anatomist Fallopia (who also gave his name to fallopian tubes).

In the 16th century condoms were used primarily to prevent STDs. Syphilis, for example, was often fatal and raged through Europe for over 300 years. But with the discovery of spermatozoa in the 17th century, the Church became outraged over the use of barriers impeding their progress. By the 18th century, the condom’s reputation amongst medical professionals had firmly been cemented as a tool for philanderers, prostitutes and the immoral.

Despite this, they proved quite popular among the upper and middle classes. The working classes finally gained access to condoms in the 19th century, thanks to Mr Goodyear’s discovery of vulcanised rubber in 1839. 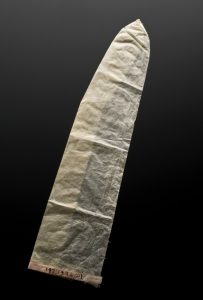 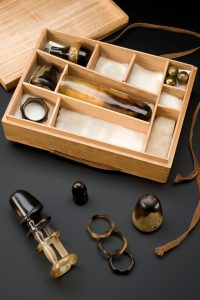 They were often one-size-fits-all and had to be dipped in water before use. The condom market in the 18th century was dominated by two rivals, a Mrs Phillips and a Mrs Perkins, but there was a ‘simple’ recipe to make your own at home if you were so inclined.

The first female condom was reputed to have been used over 2,000 years ago in Ancient Greece. As the result of a curse, King Minos ejaculated snakes and scorpions, which usually killed his partners. Finally his physician came up with the idea of inserting the bladder of a goat into his lovers, thus catching all the poisonous beasts before they could do any damage.

Although this story may not be true, what is true is that Marie Stopes, a 20th century birth-control activist and supporter of positive eugenics, promoted one of the first female condoms in 1923. It was made of thick, vulcanised rubber with a steel coil rim. Like other rubber contraceptives at the time, it could be washed and reused.

The first modern female condom was released in 1993 and from the start suffered a PR problem. Women found it strange to look at, difficult to insert, and feared it ‘rustled’ during use. The media were generally disinterested in its many advantages and instead chose to ridicule it to their audience. At one point it was even likened to Edvard Munch’s ‘The Scream’. 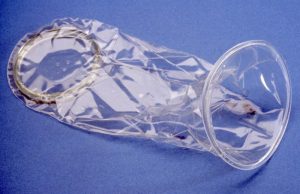 In 1998 things started to look up. The manufacturer Wisconsin Pharmacal received a petition from Zimbabwe signed by 30,000 women asking for the condom to be made available in their country. As the developed world was deriding it, the developing world had sat up in attention. In places where women had little access to medical care and little bodily agency, a condom that was female-controlled, could be inserted many hours before sex and be safely reused found itself a home.

Origin of the Word ‘Condom’

Where the name ‘condom’ came from, no one knows. It could have come from a town in France; it could have been named after a physician to King Charles II; it could have originated in the Latin language. There is no real agreement on its etymology.

What is known is that ‘condum’ was first penned in a poem in 1706 and, later, ‘condon’ turned up in a literary journal in 1709. The rest of the time, the humble condom has been known by many different names, such as the male sheath, gloves, armour, the English riding coat, French letter and machine. 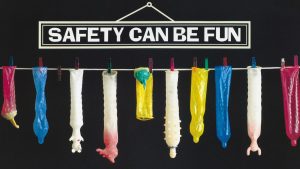 Both Casanova and the Marquis de Sade wrote about condoms. The former said that the inventor ‘must have been a good man’. Freud wasn’t a fan, although he felt it was preferable to coitus interruptus. Jane Austen recommended separate beds over any sort of contraception. The Catholic Church only grudgingly accepted the use of condoms in 2010 and then only to prevent serious disease, such as HIV.

The National Surveys of Sexual Attitudes and Lifestyles (Natsal) conducted three surveys of sexual habits in 1990, 2000 and 2010. It turns out condoms are becoming more popular as the decades go by, particularly among men with new partners. 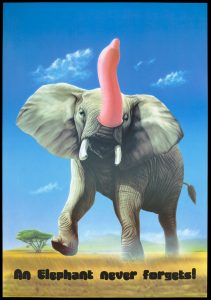 In the 21st century, both the female condom and the regular condom are going through a revolution. The female condom market has suddenly become competitive, which means women may have more choices in the future. Similarly, the Bill & Melinda Gates Foundation, tired of the boring old condom design, gave 11 condom designers $100,000 each to develop something new. It’s exciting times for those who like to play safely.